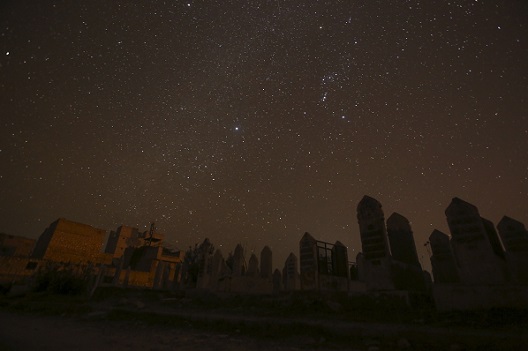 I am deeply honored to be with you this evening. Someday, when the New Syria comes about, there will be a roll of honor listing those who really made a difference in making it happen. The Syrian American Council will be high on that roll.

Tonight, however, we still cannot see that New Syria on the horizon. Some of our leaders have expressed hope that there is now a diplomatic process that can bring it about, and relatively soon. We all pray they are right. But we need to be realistic.

I will say a few words about this Vienna diplomatic process and what, in my view, needs to happen to make it work.

First, however, permit me to reflect a bit on the reactions we are seeing in the West to acts of terror either planned by the so-called Islamic State in Raqqa, or inspired by the ideology of this criminal organization.

Let me be very direct: if I were the self-proclaimed caliph of ISIL, I would welcome any reaction by Western politicians that identifies Muslims and/or Syrians categorically as security threats to be feared and neutralized.

The actual, self-proclaimed caliph—Abu Bakr al-Baghdadi—aims to convince Sunni Muslims around the world that they are a people and a nation apart, under his leadership. He is being assisted in this mission by Western politicians seeking to exploit the legitimate fears of Americans, Frenchmen, and others.

I come from a family that was unjustifiably accused by neighbors of pro-German sentiment during the First World War, when there were legitimate public concerns about sabotage and terror. My family was not alone. Many German-Americans Anglicized their surnames.

A quarter century later similar concerns led to the internment of some 120,000 Japanese-Americans, even though more than double that number enlisted to fight in the American armed forces.

As Americans we look back at these incidents with regret and shame. They were not our finest moments. Our challenge now is to act like real Americans in real time—not a generation or two after the fact. Meeting this challenge will be complicated by politics and the possibility of more terrorism.

But if for no other reason than keeping faith with our Muslim countrymen and women serving in our armed forces, trying to be real Americans in real time is not a choice. It is an obligation.

Yesterday we saw a wide range of the Syrian opposition emerge from Riyadh ready to negotiate political transition with the Assad regime. There were not, to be sure, enough women in this group. Still, the news was positive.

I have my doubts. I think that Moscow and Tehran – for separate, but compatible reasons – want to keep Assad in power. So there is a danger that this Vienna process could simply buy time for Russia and Iran to solidify the regime’s military grip in western Syria.

Protection of civilians is the coin of the realm. It is the test Vienna must pass. If the test is not passed, it will be incumbent on Washington to provide the protection required.

We can and we should pray for the best. But we should also prepare for the worst. Already the Russians have killed 600 Syrian civilians with their airstrikes. Iran’s record of facilitating Assad’s war crimes and crimes against humanity is well-established.

Will they change course now and permit the kind of decent, inclusive governance that can facilitate a united Syrian front against ISIL? The kind of governance that, by definition, excludes Assad, his family, and his enablers. I doubt it. But I pray that I am wrong.

In the end the worst thing this Vienna process could be is an elongated, time-buying exercise that results in the Barrel Bomber and Baghdadi being the last two left standing in Syria. We owe it to ourselves and to the people of Syria not to permit that to happen.

As Christians prepare to celebrate the birth of Christ, let us all do what we can to bring about the re-birth and resurrection of Syria as a country of citizenship, law, diversity, inclusiveness, and tolerance—a country where refuge is located right at home. Let us do our best to make 2016 the year of the New Syria.