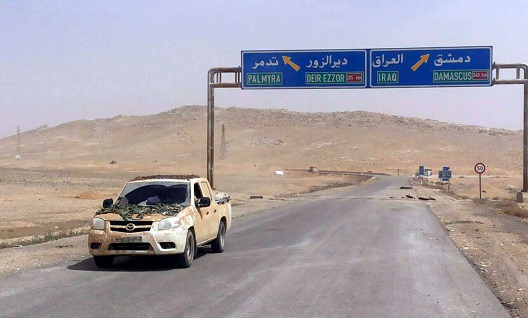 In a matter of months, Bashar Assad’s reading of the Syrian war was transformed. In a June 7 speech to Syria’s Parliament, he vowed to retake “every inch” of Syria, dismissing negotiations with the opposition as a trap. In contrast, less than a year ago in July 2015, Assad gave a very different speech. Then, having lost a great deal of territory to the insurgency, he admitted his forces had to cede some areas of Syria to save more important ones. US State Department spokesperson Mark Toner said Assad’s latest speech “[showed] once again how delusional, detached, and unfit he is to lead the Syrian people.” Unfit he may be, but is Assad misreading his situation so severely? What did his speech reveal about his calculations and prospects in Syria?

The single most significant military development between the two speeches is Russia’s entry into the war. Russian air power, artillery, and training helped stabilize key frontlines near the Alawite heartland in northwest Syria. Aided by Iranian forces, Russia nearly destroyed the rebels in critical Aleppo province, weakened the insurgency around Damascus, and halted a rebel offensive in the south. The resulting respite allowed the regime to finally attack the Islamic State (ISIS) in earnest, retaking the strategic city of Palmyra and advancing on Tabqa. Capturing the latter would place regime forces within an hour’s drive from ISIS’s capital in Raqqa city, possibly beating Kurdish and Arab forces to the claim of destroying the ‘caliphate.’

Thus, Assad’s strategic situation improved dramatically between speeches, without his making any serious concession to either his foreign patrons or Syrian rivals. Fighting ISIS might convince foreign governments to embrace or at least tolerate him as a partner against terrorism. It also makes the United States a de facto partner in that effort, since US policy is to fight ISIS but not the regime. Presently the groups succeeding most against ISIS are the Kurdish-dominated Syrian Democratic Forces (SDF), a handful of increasingly-beleaguered insurgent groups in Aleppo province, and now the regime. The United States is allied to the first, ambivalent toward the second, and will tolerate the third.

Of course, Assad is a long way from winning the war. The insurgency remains adaptable and dangerous in key geographies. Assad still does not control all or even the majority of Syria. Rebels are particularly strong in Idlib, but are also a significant force in southern Syria and Damascus suburbs. The regime will struggle to uproot an entrenched ISIS from Raqqa and Deir al Zour cities as well, especially if the anti-regime insurgency remains active elsewhere. These challenges, as well as limited manpower and resources, a destroyed economy, and a deeply aggrieved population, do seem to indicate that Assad might be out of touch.

It is indeed difficult to imagine the regime ruling over all of Syria, and if Assad truly believes this will happen he is likely mistaken. Less delusional however is his nearer goal of ending the insurgency as a strategic threat to his regime. For this to happen, insurgent supply lines would have to be severed; foreign rivals distracted, divided, or deterred; major pro-opposition areas depopulated; and at least one generation of largely-Sunni Arab Syrians terrorized into submission. Additionally, at least one capable foreign patron would need to stay committed to the regime’s survival, and face no decisive international resistance or competition. This summarization is of course a good approximation of today’s realities. The opposition is not beaten yet, but it will be unless both the rebels and their backers shift their strategy dramatically.

Assad is not the only or even the strongest actor in the pro-regime coalition of course. Iran and Russia saved the regime from defeat, and are still responsible for its survival. Iran and Hezbollah presumably do not want to maintain an expeditionary force in Syria until Assad reconquers the entire country. Russia is in Syria only to break the opposition’s will and force it to make terms with Assad, not reconquer the country for him. These differences explain Mr. Toner’s statement that “[The United States] still believe[s] that Russia, and Iran can at least appeal to those in the regime who still have influence on him to refrain from letting this political process, this cessation of hostilities, fall completely apart.”

One would think Assad’s reliance on Iran and Russia would prevent him from dictating the mission or strategy to either, seeing as his forces can neither take nor hold territory without their support. Oddly enough however, Assad seems to be doing exactly that. For example, Russian air power led to a cessation of hostilities early this year that favored the regime. This began a political process that, while stacked against the opposition, nonetheless served Russian interests by creating a vehicle for translating the regime’s military gains into political ones. Yet Assad’s forces simply ignored the ceasefire, along with Russian commitments to facilitate humanitarian aid flows to besieged populations.

Even as Russia presents a limited agenda (a pro-Assad one, to be sure) with narrow goals, Assad’s statements and his forces’ actions confirm his maximalist aspirations to reconquer Syria. Differences are real enough that on at least one occasion, Russian air support appeared to waiver amid regime overreach in Aleppo. Yet this support always resumes when the regime’s position appears in danger. Russia does not believe Assad can win Syria, but it cannot allow him to lose the war either. The practical result for Assad is the same: he does not need to budge on his goals.

Assad—weaker than both Iran and Russia—seems to play a spoiler role in the regime coalition, and perhaps a leading role in a sense. The most likely explanation for this is that Iran and, to a lesser degree, Russia simply cannot allow Assad to fall, lest their regional security architecture collapse with him. By pushing harder and farther in the war, Assad does raise the costs and risks to his allies. However, by placing his own forces in danger, he compels his patrons to back him up or risk losing what is, after all, also their war. Thus, the often-cited gaps between the positions of Assad, Iran, and Russia are analytically interesting but, at this stage of the war, not decisive or policy-relevant.

The Assad regime is probably not going to rule all of Syria again. On this point, Assad is both overestimating his capabilities and underestimating much of the population’s hatred for him. Per Mr. Toner’s remarks, he is certainly unfit to lead the Syrian people, but local, regional, and international realities show he is not losing the war on the insurgency, and he is not at a stalemate either. The Assad-Iran-Russia coalition is on course to ending the rebellion as a strategic threat to regime survival. The delusion is not Assad’s confidence, but the belief that his deep dependence on foreign patrons doom him to failure. They will not and cannot deliver all of Syria to him, but without foreign intervention on the opposition’s side they may well deliver enough of it.

Image: Photo: A vehicle drives near a road sign that shows the direction to the historic city of Palmyra in this picture provided by SANA on March 24, 2016. REUTERS/SANA/Handout via Reuters