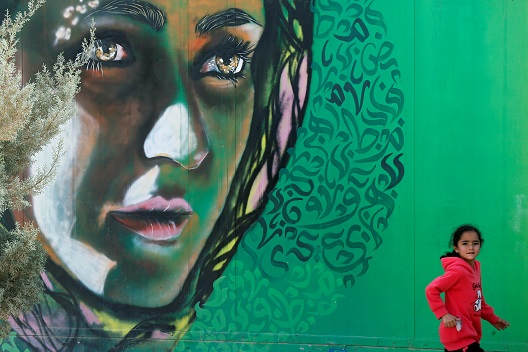 As we look back at the tumultuous year for Syria in 2018, it’s sadly ending with the withdrawal of US troops and an unclear US-Syria policy moving forward. The implications of this policy are likely far reaching. Time will tell what the damage will be and how the conflict will continue to evolve. Below we have listed our top viewed articles of the year. By far, the most viewed is the one penned by our outgoing director, Ambassador Frederic C. Hof as he moved on to other scholarly pursuits teaching at Bard College. Thankfully, he’s continued writing and our viewers and center are grateful for it.

Leaving by Frederic C. Hof
When I joined the Atlantic Council’s Rafik Hariri Center in late 2012, I had one goal: to build a Syria program that could, from outside government, do that which I had failed to do on the inside. I wanted to persuade senior officials that a drifting Syria policy left unchanneled would facilitate human suffering on an industrial scale and serve the interests of those arrayed against the United States and its allies: Russia, Iran, Islamist extremists, and the lawless regime of Bashar al-Assad.

As I prepare now to leave a Center that I would eventually have the honor to serve as Director, I would summarize my Syria legacy as follows: Mission unaccomplished. Read more here.

Why Syrian Refugees are Leaving Germany by Hosam al-Jablawi
After an arduous journey filled with many obstacles, including traversing the Mediterranean Sea and crossing chain-linked border fences, Syrian refugee Mahmoud Mardini chose to return to Turkey illegally. He gave up residency in Germany, along with its associated benefits, after failing to achieve his dream of completing his university education.

Mahmoud’s case is similar to a large number of Syrian refugees preferring to leave Germany, the proverbial land of promise for Syrians fleeing war, in an illegal reverse migration that has many causes: overcrowded refugee centers, an infuriating bureaucracy, social isolation, and a lack of employment opportunities. Read more here.

President Carter’s Plan for Syria is Unrealistic by Frederic C. Hof
In an op-ed (“In Syria, An Ugly Peace is Better than More War”) published in The New York Times on August 24, 2018, former President Jimmy Carter lays out a prescriptive course for Syria sure to be welcomed by an Assad regime preparing now to inflict state terror on civilians in Syria’s northwest. Mr. Carter rightly condemns the continuation of armed conflict and offers hope for Syrian healing and rebuilding. Yet he effectively entrusts the process itself to a criminal entity while asking Western governments to reengage it diplomatically, lift economic sanctions, and even undermine the American-led stabilization of post-ISIS (ISIL, Daesh, Islamic State) northeast Syria by encouraging Kurds to strike an autonomy deal with the regime—one the regime would never honor. Read more here.

Chechen and North Caucausion Militants in Syria by Neil Hauer
One of the most heavily-discussed groupings of foreign fighters in Syria are those from Chechnya and the North Caucasus. Coming from a region embroiled in two decades of insurgency against the Russian army, these fighters have long been highly touted for their experience and skill. While ultimately small in number, they have played an outsized role in the conflict, participating in major jihadist offensives in the country for half a decade. Read more here.

Operation Olive Branch Status Update by Aaron Stein
Turkey’s cross-border intervention in Afrin, the Kurdish-controlled enclave in northwestern Syria separated from other Kurdish territory in northeastern Syria, has advanced to the outskirts of Afrin city. The offensive began on January 20th, 2018, with the intention of ousting the Peoples’ Protection Units (YPG) from the territory it controls in the northwest. After breaking YPG defenses surrounding the city, Turkish ground forces have moved swiftly to besiege the city and, presumably, will begin urban combat operations in the next few days. Read more here.