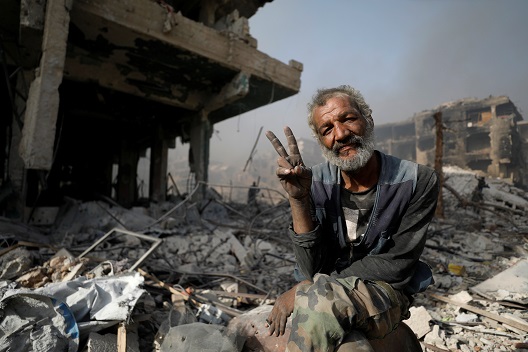 In an op-ed (“In Syria, An Ugly Peace is Better than More War”) published in The New York Times on August 24, 2018, former President Jimmy Carter lays out a prescriptive course for Syria sure to be welcomed by an Assad regime preparing now to inflict state terror on civilians in Syria’s northwest. Mr. Carter rightly condemns the continuation of armed conflict and offers hope for Syrian healing and rebuilding. Yet he effectively entrusts the process itself to a criminal entity while asking Western governments to reengage it diplomatically, lift economic sanctions, and even undermine the American-led stabilization of post-ISIS (ISIL, Daesh, Islamic State) northeast Syria by encouraging Kurds to strike an autonomy deal with the regime—one the regime would never honor.

The argument presented by the former president hinges on something he must know will not happen: “the Syrian government must accept the inevitability of reforms and implement confidence-building measures, including the release of detainees and accountability for their treatment.” Asking the Assad regime to reform and build confidence is like counseling a shark to go vegan. And accountability for the torture chambers and the mass murder conducted therein would require Mr. Assad and his jailers to present themselves for trial in The Hague. Clearly this will not happen.

Indeed, the call for accountability is itself compromised later in the essay by strikingly inappropriate neutral language: “Immense violations of the laws of war and human rights have been committed in Syria, including the use of chemical weapons. Some such violations continue today.” Why not name names? Why not agree with the United Nations and with non-governmental organizations around the world that most of these “immense violations”—the overwhelming majority—have been committed by the Assad regime against defenseless civilians?

Indeed, the essay’s author does not even require the release of detainees and accountability as first steps. Instead, Western countries (including the United States) “can start by reopening their embassies in Syria, since Western diplomats’ absence from Damascus has led to missed opportunities.”

What those “missed opportunities” may have been is not cited. There is a school of “thought” in the American intelligence community that an embassy in Damascus might have enabled cooperation with the Assad regime against ISIS. Yet Assad’s policy from the beginning of the uprising has been to promote extremist reactions to his misrule in order to dilute and discredit the opposition to him. The regime’s relationship with ISIS has been largely one of mutually profitable live-and-let-live, punctuated by occasional violence over disputed, exploitable real estate.

What the West should do, according to author, is “abandon the goal of regime change and temper expectations of democratic transition in Syria in the short-to-medium term. Instead, the focus should be on patiently building democracy.” In fact, the West has long since abandoned any notion of violent regime change in favor of the June 30, 2012 Geneva Final Communique—Kofi Annan’s final diplomatic achievement—which mandates (with United Nations endorsement) near-term negotiated political transition and the creation of a neutral transitional governing body wielding full executive power.

The Elders—an independent international organization of world leaders in which President Carter serves as Emeritus—recently lost Mr. Annan. Here is what Mr. Carter would accept in return for abandoning the work of Annan and the Permanent Five members of the Security Council: “Damascus should be required to enact reforms, though the West must keep its demands moderate. Additionally, the West should be prepared to contribute to the reconstruction of Syria, perhaps selectively by sector.”

Who will require that “Damascus”—meaning the violently corrupt Assad clan and its entourage—will enact reforms, even measures watered-down in advance by a credulous, crawling West? Does one truly expect those who have waged a war of mass homicide against civilians over the past seven-plus years will shift into a reformist mode so that embassies can reopen?

The best, most humane and politically sensible course for the West and its regional partners in Syria would be (a) stabilize post-ISIS northeastern Syria in accordance with post-combat military doctrine, working with locals (Arabs and Kurds) to build a civilized governance alternative to the regime’s mass murder and kleptocracy, and (b) prevent—with limited military means, if necessary—the slaughter of civilians in the northwestern part of Syria. Iran—not mentioned in the essay—can provide near-term financial sustenance to its regime client, as can Russia. This is not a job for Western taxpayers.

Is there a better way forward in Syria for the West than that summarized in the preceding paragraph?  Perhaps there is. But if it is to be the one recommended by President Carter, let it begin with the release of all detainees, the start of legal accountability, a full ceasefire in all of Syria, and—in tribute to the late Kofi Annan—real political transition negotiations in Geneva and the deployment of an international force to protect civilians and separate combatants.

No one will argue against the proposition that an ugly peace is better than more war in Syria. But to lavish resources and international legitimacy on a regime whose human rights performance contradicts everything Mr. Carter stands for would only prolong Syria’s agony and do so at the expense of Western taxpayers. To recommend such a course of action so soon after the passing of Kofi Annan is deeply regrettable.

Ambassador Fred Hof is Bard College’s Diplomat in Residence and a nonresident senior fellow of the Hariri Center.

Image: Photo: A man gestures as he sits on the rubble of damaged buildings in al-Hajar al-Aswad, Syria May 21, 2018. REUTERS/Omar Sanadiki