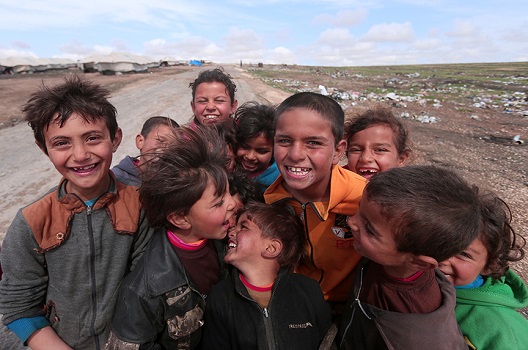 Before sunup in Syria on April 7, 2017, fifty-nine sea-launched cruise missiles were impacting on a Syrian airbase from which aircraft loaded with chemical munitions had been launched three days earlier. The alacrity of President Trump’s kinetic response to Bashar al-Assad’s chemical assault on civilians contrasted sharply with the paralysis of his predecessor.

It took fewer than forty-eight hours for the Trump administration to strike. In five-plus years the Obama administration – endlessly eloquent about war crimes, crimes against humanity, and the responsibility to protect civilians from homicidal governments – protected not a single person from the depredations of a murderous regime. “Never Again” became, for the Obama administration in Syria, “Well OK: perhaps just this once.”

Mr. Trump has enjoyed mainly favorable reviews for having reacted the way he did. Tony Blinken – John Kerry’s deputy at the US State Department – endorsed the strike. Indeed, there have been no shortage of senior officials in the Obama administration flummoxed by their boss’s Iran-induced catatonia in the face of extremism-inspiring, migrant-producing, and reputation-dissolving inaction. Knowing that Tehran placed unlimited value on Assad’s subordination to it for the sake of Lebanon’s Hezbollah, and wishing above all else to achieve and preserve a nuclear deal, Mr. Obama accepted as costs of doing business with Iran the suffering of Syrian civilians, the bewilderment of American allies, and the sacrifice of his own reputation.

President Obama often charged that those urging him to impede Assad’s free ride for mass murder – to complicate it, slow it down, and exact a price – wanted actually to invade and occupy Syria and risk World War III in the process. This Obama straw man has been a collateral casualty of the cruise missile strike: killed in action. Invasion and occupation are neither on nor planned. Moscow, seeing that Washington will act forcefully if sufficiently provoked, is arguably less willing now to risk destabilizing military harassment of NATO allies in Europe than it was during the days of red lines drawn with invisible ink.

The most respectable critiques to date of the April 7th strikes center on strategy. Was the assault on Shayrat Airbase a one-off, one-time, fire-and-forget emotional response to images of asphyxiating children? If it is, it will go down in history as a singularly useless gesture. If, on the other hand, it inspires a strategy for Syria based in part on getting civilians off the Assad bullseye, it will be a turning point in the restoration of America’s reputation and influence.

From March 2011 (when the Syrian crisis began) through January 20, 2017, the Obama White House saw Syria as a public information issue to be managed, not as a national security challenge requiring objectives and a strategy. Telling Assad to “step aside” in August 2011 was instructed by the belief that he would soon fall on his own; that the president needed to “get on the right side of history.” Drawing a red line for chemical weapons use a year later was inspired by the certainty it would never be crossed. Erasing the line one year later was based on the hope that Assad would yield the entirety of his chemical weapons inventory and capability and negotiate political transition in good faith. Ultimately this moon-walking impersonation of diplomacy – all for the sake of not offending Iran in Syria – would conclude with an American secretary of state empty-handedly racing from pillar-to-post, trying to sweet-talk his Russian counterpart into giving up on a murderous client for whom Moscow had intervened militarily to save.

The Trump administration has now arrived at the same analytical jumping off point as its predecessor: Bashar al-Assad is the one person Iran can count on to place Syria at the disposal of Hezbollah: the money-laundering, drug-running, assassination-loving point of the Iranian spear penetrating the Levant. Barack Obama processed this fact as a reason to leave Syrian civilians defenseless; as a reason to reject the 2016 recommendation of 51 State Department officers to end the ISIS-abetting Assad free ride for mass murder. Donald Trump feels no such constraint. Barack Obama feared Tehran would walk away from a nuclear deal were he to smack Tehran’s Syrian employee. Donald Trump would be content for the Supreme Leader to make its own calculation.

But where does Trump want to go with all of this? Clearly the defeat of the Islamic State (ISIS, ISIL, Daesh) in eastern Syria remains his top priority. Indeed, if he gets it right – if there is a sensible, implementable post-combat stabilization plan that excludes Assad from areas liberated from ISIS – eastern Syria can become the mother of all protected, safe zones, and perhaps the home of a Syrian governmental alternative to the Assad family and entourage.

But what about western Syria? Clearly there is no Trump administration appetite for invasion, occupation, or violent regime change. Yet if past (September 2013) is a prologue, Bashar al-Assad will put his chemicals on the shelf and throw everything else at civilians: including kitchen sink components packed into barrel bombs. Left to his own devices Assad will terrorize and kill children, inspire new recruits for ISIS and al-Qaeda, and send new waves of frightened people heading for the exits.

Unlike his predecessor, Donald Trump may be a willing client for an objectives-based Syria strategy. His national security advisor – H.R. McMaster – is exactly the right person to orchestrate one. The objectives would include defeating ISIS militarily, securing the liberated areas, standing-up and protecting effective Syrian governance in liberated areas, and establishing conditions for political transition in Syria consistent with the June 30, 2012 Final Communique agreed to by the five permanent members of the UN Security Council.

Until a strategy for accomplishing those objectives is blessed by the president and implemented, one salient fact should guide American policy vis-à-vis Bashar al-Assad: with civilians on the regime bullseye, nothing good politically can happen in terms of resolving Syria’s armed conflict. If Assad is permitted to return to business as usual – mass homicide but (for a while, at least) without chemicals – children will die, extremists will prosper, and Syria will hemorrhage people. Russia, Iran, and Assad will not like it, but the free ride for mass murder must end.

Image: Photo: Children who fled the war in the Syrian city of Raqqa played at a camp for internally displaced persons in Ain Issa, Raqqa Governorate, on April 1. (Reuters/Rodi Said)