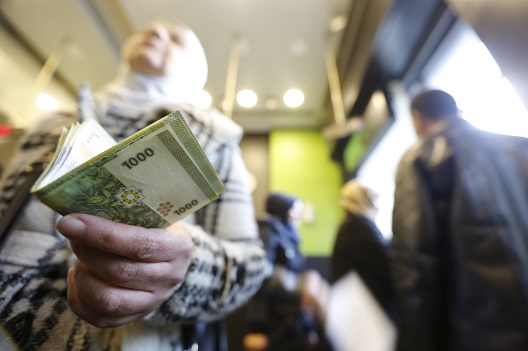 Syrian President Bashar al-Assad’s regime appears encouraged by the modest growth that the economy has finally begun to display. Those tasked with resuscitating the decimated economy have had to contend with an annual GDP drop of whopping 16 percent each year since the beginning of conflict in 2011. Compare this figure to the academic literature on the impact of civil wars on national economies, which posits that annual GDP growth typically slows by 2 percent.

Before the war, arbitrary and nepotistic credit allocation (euphemistically called “name lending”) led to substantial and largely uncollected loans exceeding $1 billion. The regime has introduced strict legal measures, including asset freezes and travel bans on delinquents, and managed to recoup some of the outstanding debt. Some of these measures also rightly reached bankers themselves, including Dureid Durgham, the former manager of the Commercial Bank of Syria—the country’s largest financial institution—whose assets had been frozen since 2010. That did not stop the regime, however, from appointing him the central bank governor in 2017 while he and his family were still facing these legal restrictions.

Last year was not just about decisively and irrevocably turning the tide of war in the regime’s favor, but also about regaining a hold on the economy, which its minister says grew by 1 percent. After suspending loans for more than four years, Durgham (Adib Mayyaleh’s successor) instructed the six (and all Western sanctioned) state-owned banks to open shop. Official regime rhetoric makes clear its priorities: Syria’s 2018 economic policy is about growth and development.

Syria has long dubbed itself as Arab before anything else, taking it upon itself to let its brethren from Lebanon, Jordan, Saudi Arabia, Kuwait, Qatar, and Bahrain benefit from the bonanza of opening the banking sector to private and foreign investors. The fourteen private banks that entered the market before 2011 have technically not stopped working since the uprising. Although they have been largely spared the same fate of state-owned banks, in May 2017, the US government sanctioned the Islamic Cham Bank which is 32 percent owned by the Commercial Bank of Kuwait for its alleged support to the regime. The move, however, failed to elicit much of a reaction from the bank, whose financial performance and operations hardly seem to be negatively impacted.

All private banks (including the three Sharia-compliant ones) have been adept at hiding their losses by artificially inflating their financial performance. The Syrian pound plummeted so quickly that by the time Syrians noticed their earnings were almost worthless, and lenders needed a contingency plan to stay solvent—even if it was only on paper. Most of the bank’s capital was paid in US dollars, which were doing great against the worsening health of the pound, so the value of these banks’ income steadily increased. A good plan in theory, as currency was never physically exchanged, and because auditing firms consistently rubber-stamped this behavior.

The catch came when the pound started rallying, after which the central bank saw good reason to let it bounce back by 16 percent in late 2017 (to 435 from 517 pounds to the US dollar a year earlier). Criticized by economists and industrialists as counterproductive, the policy has now deprived most of these banks from the cover to hide their accumulating losses. Out of the 14 private banks, 11 reported negative figures in 2017 registering substantial losses compared to previous year. Qatar National Bank-Syria, the largest private financial institution with 51 percent maintained by several Qatari investors, was not targeted by the regime, but saw 14 percent of its shareholders’ value disappear in 2017 when it registered SYP 12.3 billion in losses.  Yet a year earlier, it saw a profit of SYP 27.8 billion when the exchange rate had buoyed its financial performance.

Banks that went above and beyond to stay in a country engulfed in one of the worst conflicts in recent history have anxiously been waiting to capitalize on Syria’s peace dividend: reconstruction. Russia and Iran, are reluctant to pour substantial funds into the economy, particularly given the cost of their military interventions; Europeans are still hoping to obtain an unlikely compromise by linking reconstruction money to a “genuine political settlement”; Turkey has already started in the Euphrates Shield area in the north west; and the US is pursuing a roughly similar strategy east of the Euphrates river.

This financial stalemate did not stop the regime from trying to increase its income to finance what marginally looks like reconstruction. While Damascus has substantially cut subsidies on most items, it has aggressively introduced taxes, duties, and custom fees, mandating that Syrians hand over 10 percent of their income in reconstruction tax. This policy will not likely recoup the estimated $20 billion of private capital that left the country, let alone solve other reconstruction-related challenges, but the monthly $150 million in remittances estimated to be paid by Syrians—involuntarily expelled from their homeland to support their destitute families—will help replenish Syria’s treasury coffers.

Gulf investors suspended their high-end property development projects after the Arab League slapped Damascus with mostly unenforced sanctions in November 2011. Nonetheless, some investors now see an opportunity to ride the wave of Syria’s next chapter of peace and prosperity. The Kuwaiti Al-Kharafi Group, a major shareholder of the Kuwaiti Syrian Holding Company, exemplifies this trend. The group recently purchased land in Ya’four, a village in Damascus countryside, in partnership with unnamed Syrian investors for $12.2 million to complete a high-end real estate project that the war had disrupted.

Lebanon is eager to take advantage of these commercial opportunities and is parading Tripoli as the ideal gateway for international reconstruction efforts. The historically close bonds between Syrian and Lebanese businessmen and the fact that Lebanese banks were the first movers in Syria should give them a competitive edge. These banks (Al-Sharq, Audi, Bemo, Blom, Byblos and Fransabank) have already incurred significant losses, including seeing some of their branches ransacked. Counterintuitively, some foreign investors (including Lebanese) have increased their capital in Syria since 2011. These banks likely did not expect the conflict to become so protracted, hoping that their investments would pay off when the conflict reaches its end.

Now they all expect a potential windfall to turn things around. Certainly, Lebanese banks should be the best placed for this eventuality, but they also carry a risk factor that none of their competitors have to worry about: Hezbollah. This has changed the banks’ plans and risk appetite, right at a time when discussions and plans over stabilization, early-recovery and reconstruction have picked up steam. The majority have now deconsolidated or written-off their investments in Syria, despite being majority shareholders in these subsidiaries.

The main reason behind the exit of some Lebanese banks from the Syrian market lies in Washington, which has upped the ante against Hezbollah’s global financial enterprise. The introduction of the 2015 Hezbollah Financing Prevention Act by the Obama administration has made the militia group much more apprehensive about its ability to hide its illicit activities in the financial sector. Expanding Hezbollah sanctions (and stern warnings by senior US treasury officials) have not only unnerved the militia group, but also bankers—especially those operating next door in Syria.

Rightly worried about attracting the ire of President Donald Trump, some Lebanese banks are now reasonably reconsidering the viability of their flailing Syria operations. The first indication of the impact of this pressure emerged in October 2016, when Audi Bank announced the resignation of its representatives who sit on the Syrian subsidiary’s board. The announcement roughly coincided with the bank’s decision to write off its investment, three months after the subsidiary tried to change its name to Ahli Trade Bank. The Syrian central bank rejected what was likely a blatant attempt to nominally distance the two entities. Both Blom and Byblos divested soon after, and the remainders will likely follow suit.

Perhaps these banks’ rationale was that by taking steps to extricate themselves from Syria they will avert the same fate of state-owned banks that were slapped with biting sanctions. This approach is not so innovative, however; the Syrian International Islamic Bank (30 percent owned by Qatar Islamic Bank) made the same move five years earlier in June 2012 by having its board members resign when it was briefly slapped with sanctions. None of these seemingly measures were subsequently followed with changes in ownership structures, and no shares seem to have ever changed hands. Lack of buyers and the refusal of Syrian central bank to let foreign investors sell their shares are cited as obstacles to completely leave the country.

Since then, others have taken similar steps by having their representatives resign from their respective Syrian subsidiaries’ boards—a move that does not necessarily indicate completely severing their commercial relationship (shareholders are listed in public disclosures only if they are board members). While banks wait years before being allowed to liquidate their shares (if ever), they can conveniently re-appoint board representatives when the pressure from Washington eventually abates. If the sector-wide practice of banks inflating their income on the back of a depreciating pound is any indicator, these board resignations and deconsolidation announcements might merely be smoke and mirrors.

Rashad al-Kattan is nonresident fellow at the Rafik Hariri Center for the Middle East, a political and security risk analyst, and a fellow with the Centre for Syrian Studies (CSS) at the University of St. Andrews.