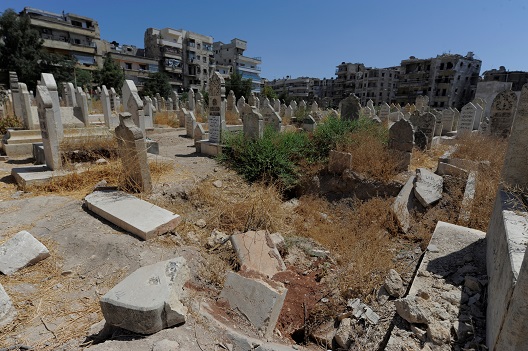 Part One of this series discussed why it is not easy to arrive at a coherent national security objective for Syria. The Trump administration inherited from its predecessor a policy catastrophe: the carcass of a state set upon by a ruling family whose homicidal excesses were protected by Iran (with which the Obama administration desperately wished to have a nuclear agreement); and ISIS (ISIL, Daesh, Islamic State), which was given sufficient time to sink roots in Syria and mount ferocious terror attacks in Turkey and Western Europe. Having been dealt this worst of all possible hands, what could the new administration realistically hope to achieve in Syria?

This writer had found substantial agreement among some Obama administration officials that civilian protection was the portal through which rational policy planning could proceed; that if civilians were on the bullseye of the Assad regime and other terror organizations, nothing good could happen politically in Syria. With constituents being vaporized, terrorized, traumatized, and stampeded, there could be no negotiation, compromise, agreement, or reconciliation. As dauntingly complex as Syria’s failed state situation has become, the starting point for anything good happening is the end to the war on civilians: a war in which the Assad regime has far outstripped ISIS and other sectarian primitives in terms of thoroughness and body count.

It was, therefore, vitally important for the Trump administration to respond the way it did to the Assad regime’s chemical assault on the citizens of Khan Sheikhoun on April 4, 2017. It is essential that the regime and Russia not obtain from the administration any assurance or impression that the cruise missile retaliatory attack of April 6-7 was a one-time gesture never to be repeated. Indeed, it would be ideal if Russia and the regime were to understand that, henceforth, any mass civilian casualty operation would potentially provoke a strong American military response. Chemicals, after all, account for under one percent of the civilian fatalities caused by Assad regime atrocities.

Stopping the deliberate, state terrorizing of civilians is the portal through which policy must pass if there is to be a civilized political outcome in Syria. Yes, depriving Assad and his entourage of their preferred pathway to political survival will ultimately undermine a criminal regime and facilitate transition to something better. But “ultimately” is not twenty minutes from now. Russia and Iran have focused successfully on saving someone whose value to them has far outweighed the recruiting he has done for ISIS, al-Qaeda, and others. For Russia, Assad personifies the state allegedly rescued from an American regime change plot. For Iran, Assad’s willingness to subordinate Syria to Hezbollah is priceless.

A realistic national security objective for Syria must, therefore, acknowledge that Bashar al-Assad will remain as president of what is left of the Syrian Arab Republic for the foreseeable future. Moscow claims to see no alternative to Assad. Russians tell American counterparts they fear that “instability” might occur if the author of Syria’s destruction, the catalyst for the rise of ISIS, the cause of a refugee crisis in the neighborhood, and the prime contributor to a migrant crisis that swept through Western Europe in 2015, were to disappear. They suggest that once “terrorism” is defeated Assad can be judged by the Syrian electorate in a free and fair election. They seek to package their client as an agent of stability and legitimacy, taking his fatal weaknesses and portraying them as desirable strengths.

Iran explicitly seeks to sustain Assad indefinitely, even in the unlikely event of a free and fair Syrian election happening in the next decade. Assad alone, among Syrian political figures, is willing to kowtow to Iran’s Supreme Leader and to Tehran’s man in Lebanon: Secretary-General Hassan Nasrallah of Hezbollah. Unless Tehran’s foreign policy undergoes substantial change, Bashar al-Assad is literally irreplaceable for Iran.

Given, therefore, the determination of Moscow and Tehran to sustain a regime that facilitates Iran’s sectarian-fueled hegemonic drive into the Arab world while inspiring violent sectarian responses from other Islamist extremists, what is it that might survive the laugh test in terms of an American national security objective for Syria?

Surely adherence to the goal of political transition must be preserved, along with the canonical, internationally endorsed formula for political transition enshrined in the June 30, 2012 Geneva Final Communique. Assad is, after all, the antithesis of political legitimacy. He serves Iran and promotes extremist reactions to his own misrule and to the presence in Syria of Iranian-led foreign militias replacing his ruined army. Through the promiscuous application of state terror, he has demonstrated to his regional neighbors and to all of Europe that there is nothing about the Syrian catastrophe that is in any way containable. As long as he draws breath politically he will be a threat to the peace and a challenge to American national security interests in the region and far beyond. The West accepts him as a long term influential actor in what is left of Syria at its peril.

But Iran and Russia have secured him, and Washington has prioritized the neutralization of a major symptom of Assad misrule: ISIS. The Tampa-based United States Central Command (CENTCOM)—presumably speaking for the government—said it would pose no objection to Iranian-led foreign Shia militiamen and Assad regime forces helping themselves to the chunks of eastern Syria provided they fight ISIS.

Although ending the territorial aspect of the “caliphate” in Syria is important and long overdue, doing so will neither destroy ISIS nor implant in Syria the decisive antidote to the country serving as a host for extremists and terrorists: political legitimacy. Indeed, welcoming Iran and the regime to replace ISIS in eastern Syria—a policy based on Obama-era legal restrictions and a military mission narrowly contrived in terms of providing support to a Kurdish-dominated militia fighting ISIS—is the definition of self-defeat in all of Syria.

Clearly the United States does not contemplate going to war to oust the Assad regime or physically block Iran from securing strategic depth for Hezbollah in Syria. Still, there are near-term and long-term national security objectives for Syria worth considering, such as:

Achieving some or all of the foregoing will require a heavy and sustained diplomatic lift, one endowed with real leverage. The appetite for such a lift in official Washington seems to be very much under control. Still, how achieve these objectives and with whom as partners will be addressed in subsequent parts of this series. Suffice it to say now that to double-down on Obama administration policies is inadmissible. Civilian protection is the price of admission to a future Syria in which terrorism and mass homicide have no place. Civilian protection is the gateway to political transition. Civilian protection enables the United States to regain a reputation gratuitously sacrificed at a great and needless cost.