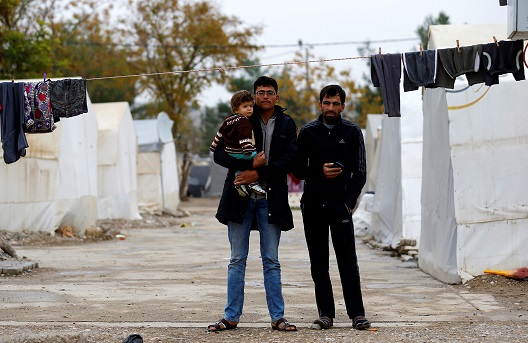 Turkish authorities recently withdrew permits from several international humanitarian organizations working with Syrian refugees on its territory. Officials cited several reasons, some relating to security and others relating to new regulations for those organizations to continue working from Turkey.

This change to Ankara’s “open door” policy towards international organizations since the start of the Syrian revolution follows an attempted coup against President Recep Tayyip Erdogan and developments in the military situation in northern Syria. The Turkish press has frequently accused humanitarian organizations of indirectly supporting Kurdish forces, Ankara’s top enemy and a key ally of Washington.

Turkish police on April 20 arrested several employees of the International Medical Corps (IMC) in the southern province of Gaziantep and closed the American organization’s offices, accusing it of violating its operating license, something IMC denies. That came shortly after the Turkish government also withdrew the license of Mercy Corps and forced it to end its work with Syrian refugees. Mercy Corps has been working in Turkey since 2012, and is one of the biggest aid groups in Syria. It provides assistance to more than half a million civilians every month, as well as giving social and humanitarian aid to refugees in Turkey, benefitting nearly 100,000 people in 2016.

In another escalation of the Turkish authorities’ crackdown on these organizations, a Syrian doctor working for IMC, a key backer of hospitals inside Syria, said Turkish authorities had refused to renew work permits for Syrian staff and doctors working for the organization inside Turkey, demanding that Turks must be appointed in their place in order for IMS to continue operating. The doctor said dozens of foreign staff from other organizations had also “suffered problems renewing their work permits because of the difficulty of understanding Turkish regulations and the lack of transparency around the granting of these permits, especially for Syrian staff.”

Fearing legal problems, many organizations have stopped projects that were supporting Syrian refugees, while some, such as European Union-backed “Sosyal Suriye Grupları,” have laid off dozens of Syrian employees in the southern province of Hatay.

According to an aid official, several other organizations, including Save the Children, Agency for Technical Cooperation and Development (ACTED), Global Organization for Life Development (GOLD), the International Rescue Committee (IRC), and Medical Relief for Syria, as well as several local Syrian organizations, have received messages ordering them to comply with new Turkish regulations or cease their work.

Political motives
When asked why Turkey had changed its policy towards these organizations, Syrian rights activist Haytham Asad said political shifts and Turkey’s nascent, if unannounced, enmity towards the United States and Europe over the Syria crisis had “made these organizations victims of these policies, especially as Turkey has accused some of providing indirect support to Kurdish forces.” “There is no justification for punishing Syrian refugees with these policies, because the first victims are the most vulnerable,” he said, adding that if Turkey wanted to protect its national interests it should “transparently set the procedures to be followed by those organizations without spite, malice, or politicization.”

Another staff member at an international organization in Turkey, who asked not to be named, said one reason for the current problem was “routine procedures in the process many non-governmental organizations follow in order to obtain working permits, which go through lengthy periods of review.” He said dozens of staff had been refused work permit renewals, despite having applied months before.

But media activist Bilal Buyush supported the measures, saying they were “in the framework of a natural response by any state to preserve its interests and national security.” Buyush said events in Syria had prompted many international organizations to set up Turkey operations nominally to support Syrian refugees, but in fact “some foreign parties exploited that to obtain intelligence on the situation in Syria and in Turkey.”

Human suffering
A few days ago, more than 7,000 children stopped going to school in the Atma camp on the Turkish border, home to thousands of displaced Syrians, months after the schools’ main backer, IRC, stopped providing teachers’ salaries and stationary. The schools’ closures coincided with the suspension of several development and aid projects in Syria amid complaints by displaced Syrians of a decline in humanitarian services, even as winter approaches.

The medical sector has been hard hit in rebel-held areas of northern Syria as several medical organizations halted their work. Several local events have been organized to plead for humanitarian aid to overcome the catastrophe.

An economic expert said support from international organizations are the main engine of the economy in Idlib, in the form of staff salaries and volunteer stipends, as well as commodities and in-kind services they provide through their programs and the money they spend on materials and services in the country. Through their programs, these organizations also help provide employment for large numbers of displaced people and are the main source of support for the camps scattered along the Syrian-Turkish border, where some half a million displaced people are living.

Turkey has closed its entire border to Syrian refugees and built a cement wall along it, blocking their access to its territory via official crossings except for humanitarian cases (the sick and wounded).

The humanitarian impact of this collapse in humanitarian projects as the war in Syria grinds on will cause even more misery and suffering amid an already catastrophic situation. It will abandon thousands of displaced people to their fates.