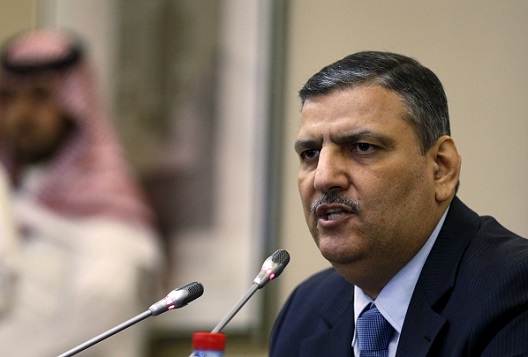 The Riyadh conference last week hosted over one hundred political and armed opposition factions. The image of seeing a range of political activists and some of the most hardline Islamist rebel groups in the same room for the first time was an accomplishment in and of itself. Secretary of State John Kerry clearly realized how significant this development was, thanking Saudi Arabia for hosting the endeavor and writing that the United States appreciated “that this extremely diverse group of Syrians put aside differences in the interest of building a new Syria.” By the end of the talks, the represented groups, with the exception of Ahrar al-Sham who withdrew from the talks, had agreed on a negotiating platform that they will present to the Assad regime in the next round of talks scheduled for January 1.

In that same statement, however, Kerry admitted that the Riyadh conference was just another step in what has so far proven to be a frustrating diplomatic process with a regime that has no interest in changing its brutal tactics or stepping down. Amidst very admirable proposals in the Riyadh declaration like the restructuring of the Syrian military leadership, a “commitment to democratic mechanisms,” and a government with full respect for minority rights, there are a number of principles that Assad and his foreign sponsors will seize upon as preconditions that have no place in the talks.

Demanding Assad’s Immediate Departure: The opposition, regime, and their respective backers cannot agree on the role that Assad and his inner circle will play during the transitional process. Unsurprisingly, the opposition wants Assad to leave sooner rather than later. The Riyadh statement reads, “The participants stressed that Basher Al-Assad and all his supporters are to leave…power [in the] beginning of the transitional period.” Although this position can be interpreted as being more flexible than previous demands for Assad to leave before negotiations took place, the stance runs contrary to the Syrian opposition’s own external supporters, including the United States, Great Britain, and Turkey—all of which show some willingness to keep Assad involved in the transitional administration. Most recently, Kerry stated while in Moscow that the United States is not seeking regime change. The Riyadh statement runs the risk of splitting the anti-Assad coalition between those open to some involvement for Assad to move negotiations forward (namely the United States, Great Britain, and Turkey) and those opposed to it, such as Saudi Arabia.

Accountability: The attendees stated their, “commitment to the mechanism of democracy through a pluralistic system… based on the principles of nationality, human rights, transparency, accountability, and the rule of law as applied to all.” The difficulty will be striking a balance between achieving a peace settlement and holding accountable those responsible for war crimes. The opposition can extend an olive branch to the regime by minimizing the emphasis on accountability, and hence potentially reach a settlement more quickly, but in the long term keeping people in power whom the Syrian public and international community see as war criminals can undermine a peace settlement. After leaving office, Stephen Rapp, who served as the US Ambassador-at-Large for War Crimes Issues until August 2015, said, “You can’t even get to peace unless a justice process is developed that’s going to give people confidence that the authors of mass rape and killing are going to be held to account. Anything else won’t last.”

Preparing a clearer position on the issue of what accountability would look like during a transitional process before talks can strengthen the opposition’s negotiating platform. Failing to do so could provide regime representatives with another wedge issue to divide the opposition camp, which could slow or even bring talks to a halt.

Appointing a Negotiating Committee: Through a 34-member High Commission, a 15-member negotiating team will be appointed to lead the talks with Bashar al-Assad’s representatives when the full negotiations are scheduled to begin in the New Year. The High Commission will be responsible for overseeing the opposition delegation to ensure that the terms being discussed with the regime stay inside the framework of the Riyadh Conference. But if precedent is any indication, negotiations over which opposition faction will gain recognition on the 15-member delegation will likely be a rough slog.

Iran and Russia’s Positions:  Tehran and Moscow described the opposition conference in Riyadh as a Saudi-orchestrated exercise aiming to politicize or modernize groups that both countries consider terrorist organizations. Indeed, Iran and Russia have taken nearly the same line on the Riyadh Conference. Iranian Deputy Foreign Minister Hossein Amir-Abdollahian castigated Saudi Arabia for allowing hardline, Sunni militant groups to participate in the meeting. This, according to Amir-Abdollahian, is a direct violation of the Vienna Final Communiqué, which gives the Kingdom of Jordan the responsibility (in consultation with other members of the International Syrian Support Group) to determine which rebel factions on the ground should be ostracized as terrorist organizations. The Riyadh conference, in the view of the Iranians, breached the outlines of the negotiating framework that the ISSG signed up for last month—no doubt incorporating some organizations in the diplomatic process that Iran would have immediately rejected.

Moscow criticized the conference on a number of points. The Russian foreign ministry stated, “We are still convinced that terrorists of all stripes should be excluded from the political process in Syria… All members of the International Syrian Support Group signed up to the key principle: only the Syrian people can decide the fate of Syria.” The foreign ministry’s statement further criticized the opposition groups for setting a “number of preconditions” and seeking to “monopolize the right to speak on behalf of the entire Syrian opposition.” If Moscow refuses to work with the committee emerging from the Riyadh conference, the diplomatic process is unlikely to make progress in the next round of talks.

At first glance, the Riyadh conference was a success in that the opposition groups agreed on a negotiating platform. However, the oppositions’ demands reveal fractures between it and its external supports, and within its own ranks. Moreover, if Moscow and Tehran are not willing pressure Assad, then talks are unlikely to proceed at all.

Daniel R. DePetris is a Middle East analyst for Wikistrat Inc., and a researcher for the Southwest Initiative for the Study of Middle East Conflicts at the University of Arizona.