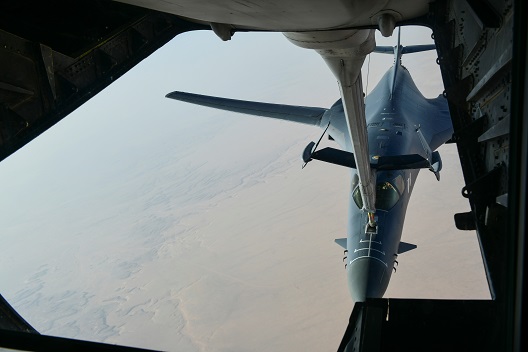 In the final, climactic scene of the 1983 film “War Games,” Matthew Broderick (David) and Ally Sheedy (Jennifer) watch as John Wood (Professor Falken) manages to get his computer program, Joshua, to play itself in a game of thermonuclear war. The stakes are high: Joshua had been hacked and was running a simulation of a nuclear showdown with Soviet Russia that risked actual missile launch. To prevent an unintended global thermonuclear war, Joshua learns after playing tic-tac-toe and then simulating different launch sequences over and over again that some games have no winner. There is no winning move in either tic-tac-toe or global thermonuclear war therefore, the only winning move is not to play.

The conflict in Syria is not comparable to global thermonuclear war, or tic-tac-toe. However, the ultimate point of Joshua’s game with himself is to learn a critical lesson: futility.

The Trump administration’s professed strategy of using the American presence in Syria to force favorable concessions deemed to be in the US interest is too easily thwarted by rival players. There will be no winner and, instead, the game will continue to reset. The US will simply decide to stay, given that the chance of external aggression will remain low, while assumptions about Russian intent and capabilities and the “small financial cost” of US presence in Syria will be used to justify a continued presence. These assumptions should be challenged.

The Cost: Implications for the Air Force and Special Operations

The financial cost of the US presence in Syria is small, but it is not cost-free, and by agreeing to hold on to territory indefinitely, the American military forces deployed in country are not doing anything else. This is a hard-to-quantify opportunity cost, but something that should be considered. The United States Air Force, for example, is “simply too small to do all the missions being asked of it.” The US Special Operations Community, too, is routinely asked to violate policy guidance and accept a 1:1 deploy-to-dwell ratio. This means that active duty personnel are at home an equal amount of time that they are deployed.

The burdens placed on the Air Force and special operations community stem from American failures in Iraq after the 2003 invasion and the subsequent political decisions made to limit US presence in war-torn countries. It is simply more politically acceptable to argue for a “light footprint” of small numbers of US soldiers backed by airpower when making the case to intervene. This has especially been true in Syria. Take Tanf, a small fire base on the Iraqi-Syrian border manned by Army Special Forces. The base sits inside a 55 kilometer semi-circle, ringed by check points and smaller, temporary bases to monitor the perimeter of the zone. The base is ostensibly part of the broader effort to defeat the Islamic State. However, the purpose of this small outpost has changed as the ISIS threat has receded, and the forces operating within the zone have proven incapable of expeditionary attacks on ISIS positions in the Euphrates river valley. Now, Tanf is portrayed as a key node in a campaign against Iran and to block a road connecting Iran with Syria via Iraq.

To protect this base, the United States has a dedicated two-ship of either F-15E or F-22 fighter jets flying the defensive counter air mission. This is tantamount to flying in a racetrack pattern for 7 or so hours. The flights are designed to protect the base from aerial attacks and to respond to any incursion of the 55km zone. On two occasions, US F-15E aircraft downed the unmanned, Iranian manufactured Shahed-129. In one of these cases, the drone dropped a munition on a small US position at the edge of the 55km zone. The weapon was inert, but it was only after the use of hostile force that the rules of engagement allowed for the use of force. In at least two other instances, US aircraft bombed militias that breached the zone.

The speed of combat is an important variable worth noting. The US has made clear that it will use force in self-defense. This seems simple. The reality is more complicated. The United States is in Syria to defeat the Islamic State. This mission’s legal authorities are tied to the Authorization for Use of Military Force (AUMF). Therefore, any action taken against a non-declared hostile force, like the non-ISIS linked militias, requires US forces to determine hostile intent before taking action. American adversaries understand this and can exploit it. Russia and Iran, for example, fly close to or over Tanf in civilian aircraft. These aircraft do not pose a threat to the US forces on the ground, but the act is an important signal. Iran is simply ignoring the Tanf garrison and is willfully overflying an American base carrying weapons and fighters to its co-combatant in the Syrian civil war.

Russia, too, has used the American presence in Syria to deepen its own involvement in the war. The most visible manifestation of this came in October 2016, when Russia deployed aircraft in Syria. The Russian Air Force suffered considerably after the collapse of the Soviet Union. It is therefore tempting to write off Russian capabilities, owing to the age of their aircraft or the infrequent use of guided munitions. However, the Russian Air Force, despite clear capability gaps compared to its western counterparts, has maintained a high operational tempo and used area bombing to offset a lack of precision-guided munitions. The Russian willingness to kill more civilians is, quite obviously, anathema to the US way of war. But more importantly for the US, Russia has been able to sustain the logistics chain needed to deliver a large number of bombs into Syria to support ground operations.

The Russian policy is worth exploring in greater depth. Under the cover of a civil war, Moscow has deployed the advanced S-400 and S-300 air defense systems. These twin systems have powerful radars. The S-400 radar in particular can act as a signals intelligence platform. The natural tendency is to focus on whether the S-400 can deny access to American or Israeli aircraft, or whether the system will attempt an intercept of any future missile attack against targets in Syria. However, the system could also be collecting valuable data on the F-22, particularly as it flies in eastern Syria to protect US ground forces. The US, too, can learn from monitoring emissions from the S-400 and refine its own understanding of the system.

In this tit-for-tat environment, the question is whether American sacrifices are worth it and are serving an achievable political goal. In other words, are the strains placed on the US special operators forces community and the US Air Force worth it? As of now, the US still has unrealistic demands and expectations about what it can achieve in Syria. After two years of combat operations, Russia is unlikely to accept an outcome that is against its own interests. Russian interests are dependent on the maintenance of the current political status quo.

The US, in contrast, is demanding that the regime be forced to decapitate itself and move forward with a political process that would undercut the current regime. The two sides may, in fact, be able to reach a consensus on some minor changes to the structure of governance, but it would be unwise to assume that Moscow will negotiate its own ally out of power. The same is true for Iran. Tehran has supplied weapons, fighters, and material to aid its ally. It is operating at the invitation of the regime in Damascus. The United States has conditioned a peace agreement on the removal of Iranian-commanded forces. This begs the question: What happens if the Syrian regime, even after an agreement is reached with Russia on some sort of governance changes, requests that the Iranian government stay in Syria, while demanding that the other external actors withdraw? The United States is at a political disadvantage.

The US military presence is well defended and adversaries risk escalation with a superior power if they challenge the American position. However, the leverage gained from holding territory is minimal if the other actors involved in the conflict reach consensus on a way forward independent of the United States. If this were to happen, Washington could be faced with a situation where it would play spoiler over parochial American concerns about the Iranian presence in a war-torn country. Given the incongruity between the US perceptions about Iran with those of its traditional allies in Europe, it is not hard to foresee difficulties maintaining western opposition to any semblance of a settlement if the Iranian presence is the main point of contention.

The Syrian civil war is a minor irritant for the United States when compared to the war game scenario described with cinematic flourish in 1983. The American commitment of resources is small, even if the brunt of the commitment has fallen to two over-used elements of the US military. At some point, the weight of the US military’s global commitments will have to be reconciled, and a more sustainable policy of intervention and diplomacy enacted. Syria is unlikely to force this conversation. However, as one considers whether to play yet another game of tic-tac-toe, it would be wise to grapple with the most important lesson from the Syrian civil war: A US move will elicit a Russian response. The two sides, then, will maneuver to offset the advantage of the other. The result: A draw. There is no winner. The faster the United States learns the lesson of futility, the more likely it is that Washington can adopt a policy in Syria that could contribute to a peaceful settlement that accounts for the interests of the other parties involved in the conflict.

To play a more strategic game, like chess, it is necessary to widen the aperture, seriously grapple with the costs of the Syrian intervention, and think through whether US interests are best served by frustrating a slow-down in violence. The United States is not a weak actor. Quite the opposite. However, it is not the strongest player in every global contingency and, when thinking strategically, it is worthwhile to let the other side win, and to fight another day when the odds of success are more favorable.

Aaron Stein is a resident senior fellow at the Atlantic Council’s Rafik Hariri Center for the Middle East. Follow him on Twitter: @aaronstein1.

Image: A U.S. Air Force B-1B Lancer bomber, being deployed to launch strikes as part of the multinational response to Syria's use of chemical weapons, is refuelled by a KC-135 tanker aircraft over an undisclosed location, April 14, 2018. U.S. Air Force/Handout via REUTERS