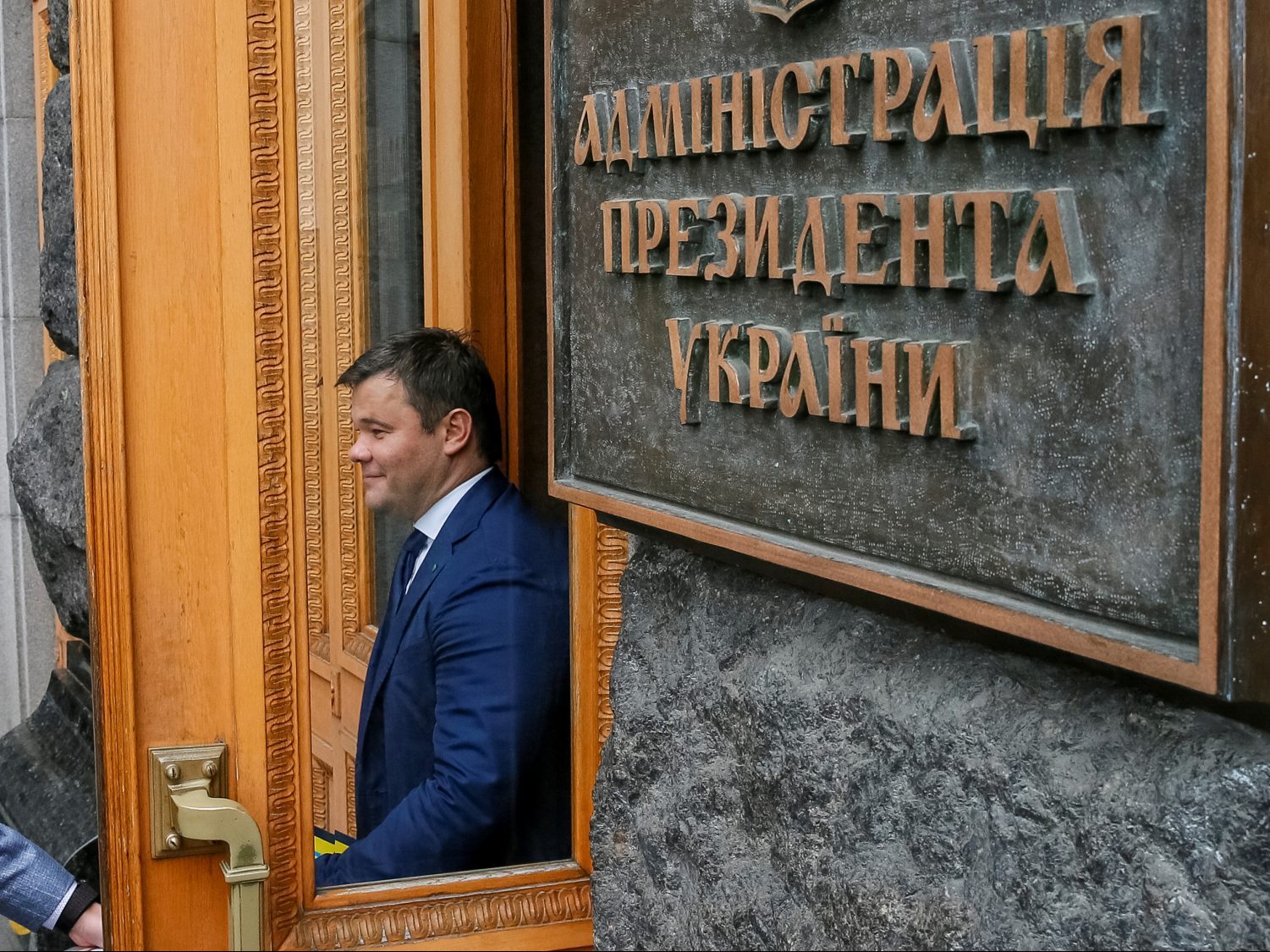 The opportunity to transform Ukraine’s politics is rapidly slipping away.

To many observers, Andriy Bohdan, the head of the Presidential Administration, has instituted a form of governance that does not reflect the expectations for change that were promised by the president. Critics, as well as sympathetic supporters, see an administration of two faces: one that is responsive to the expressed ideals for change, and the other as succumbing to internal domestic pressures which overtly favor oligarchic interests.

These signs of schizophrenia reflect a lack of clarity as to the government’s identity in the eyes of the public, Ukraine’s western partners, and investors.

Many of Ukraine’s western-oriented policy makers are disgruntled and believe that the presidential administration is going off the rails, and that, without immediate action, the transformative momentum brought about by a powerful electoral mandate will end in tragic results.

Bohdan wants to control every aspect of governance. This centralization of power within a small ruling clique is thwarting the aspirations of those who believed than under President Volodymyr Zelenskyy there would be at least an opportunity for a new generation of political leaders to effect change and build democratic institutions. The presidential administration has failed to attract, some say on purpose, Ukraine’s best and brightest.

Government ministers and Servant of the People deputies have been told that they have three months to enact change or be replaced. Ministers, mostly young and inexperienced, are thus being forced to think in the short term and are under heavy scrutiny and pressure. Foreign legal specialists say parliamentarians are voting on legislation that has not been written properly and is not adequately debated. The law on parliamentary immunity is perhaps the best example of this.

A number of ambassadors have expressed their concerns at the speed and quality of the legislative process. They have been told, by government officials, that these mistakes will be corrected later. In private conversations, they express chagrin because they know the chances of rewriting key legislation are nonexistent.

The Rada is being led by a Dmytro Razumkov, a parliamentary neophyte who, at the recent YES conference, was quoted saying, “We understand that today is not the right time for political argument, we have no time for political fights. We have only a very short time to achieve the transformations that our society aspires to so much.”

This is exactly the wrong approach.

Razumkov, whose biography on his company’s page fails to mention his political experience with the now discredited Yanukovych-led Party of Regions, is not the man for the job. He is universally perceived as Bohdan’s man.

As the speaker of the Rada, his main mission is to establish the foundations and develop parliamentary practices for an effective and independent legislature that will efficiently debate and pass laws to establish a foundation for the rule of law.

Ukraine is a corrupt society, but it does not need reform. It needs to allow for the winds of transformation to change its societal course.

The Ukrainian body politic needs an aggressive application of transformative values and practices, whose seeds, if properly planted and tended, will affect the nature and appearance of a new politics. Under Bohdan’s leadership, this is not happening.

Although the electorate and members of civil society were energized by a sense of idealism and profound hope and the potential for fundamental change, the transformation narrative is fast dissipating, with the high probability of it disappearing altogether.

The oligarchs, who seemed to lose a major public battle in the presidential election, are not surrendering in the ongoing conflict to dominate Ukraine’s civic life.

Many fear that oligarchic interests are being represented through the presidential administration in a not-so-covert strategy to reestablish their dominance over Ukraine’s daily life, using money and fear to reassert their power under the new administration.

Despite his age, Bohdan has shown himself to be yesterday’s man. His personal profile is not indicative of the values that the public expects from its new generation of political leaders. Even in a cursory reading of his biography, his thinking, his professional relationships, and his personal and professional practices reflect the life and characteristics of those men and women who Ukrainians thought would no longer serve in public life.

Though his personal and professional connection to oligarch Ihor Kolomiosky has been cause for alarm since the beginning, probably best illustrated by the ease of the return of Kolomoisky to Ukraine and its public life, there are numerous other egregious examples of why Bohdan is the wrong man for the job.

These examples include his meeting with the constitutional court judge prior to the election to ensure that his appointment to the administration would not be affected by his ban under the lustration law.

His, and those who work for him, unhidden contempt for new parliamentarians. The many examples of his direct use of threats with the implication that if they don’t submit to his prerogatives, they will lose their seats.

The outright dismissal of independent voices such as Ambassador Roman Bezsmertnyi from the Normandy Four talks.

Being cited in numerous news reports as the root cause for sideling proven reformer Oleksandr Danyliuk from the National Security and Defense Council.

Taking on the role of representing Ukraine in conversations with foreign ambassadors and prominent investors usually fulfilled by the president.

Appearing in the official delegation at the UN and purposefully sitting in the front row, forcing Ukraine’s foreign minister to be a backbencher.

The reporting by Rada members on the energy committee to foreign investors of the use of “kompromat” as a method of “whipping” them, so that they would vote for legislation that would fundamentally alter and change foreign investment assumptions, and potentially benefit Kolomoisky’s reemergence within Ukraine’s energy sector.

Allowing for the unfettered selection of cronies to certain key administrative positions.

And most recently, maneuvering for the ousting of the Euromaidan prosecutor after four years.

In a private conversation, an intimate of the president suggested to me that the president’s relationship with Bohdan is “like a married couple” and that to dislodge him will prove to be an onerous task.

Nonetheless, the question now being asked in Kyiv is: how long should this relationship last when it is increasingly clear that the administration head has a reputation that contradicts the public persona and perception of the president?

There is no doubt that if this perception of Bohdan’s arrogance, in conjunction of a lack of expression of the new values and allowance for governing practices of the past hardens in the public psyche, it will severely harm the president’s credibility and effectiveness to govern.

Zelenskyy must confidently exercise his presidential prerogative and make a decision which will determine the future course of his administration and the trust that the vast majority have put in him. The president‘s goodwill is being abused and tarnished by the head of his administration.

The president must replace Andriy Bohdan.

Yuri Polakiwsky is a Kyiv-based writer and author of “Ukraine–A Lament of a Promise.”

Image: Andriy Bogdan, a lawyer and now head of the presidential administration, arrives for a news conference in front of the Presidential Administration headquarters in Kyiv, Ukraine May 21, 2019. REUTERS/Gleb Garanich