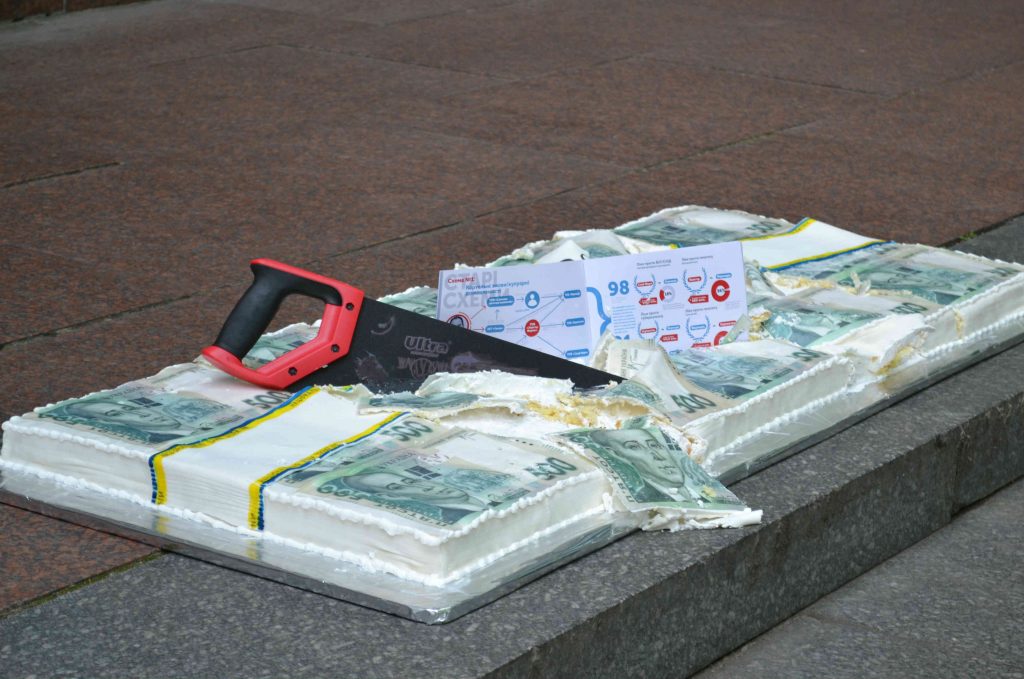 As the ceasefire in the Donbas takes hold, Ukraine can now face its other existential threat: the endemic corruption that threatens the country’s long-term stability and prosperity.

While graft within the Ukrainian government is widespread, corruption is perhaps most threatening in the area of government procurement. Public procurement corruption costs Kyiv billions, with as much as $15 billion in state procurement funds stolen each year.

Drug procurement is a particular sinkhole of corruption. A detailed 2013 report compiled by lawyers from Ukraine’s Anti-Corruption Action Center (AnTAC) reveals a number of corrupt mechanisms used jointly by Ukraine’s “pharmaceutical mafia” and Ministry of Health officials to enrich themselves. In one scheme, a small number of companies arrange staged deals among themselves, with the winner determined in advance. For example, AnTAC discovered that in some agreements, two pharmaceutical suppliers, Ludmila-Pharm and BADM Ltd., competed exclusively between themselves, with Ludmila Pharm always emerging as the winner. Ludmila Pharm is owned by an offshore Cypriot investment firm, which is itself partially owned by a member of Ukraine’s parliament.

Another scheme relies on so-called “related party transactions.” In this setup, several pharmaceutical companies controlled by one owner “compete” with each other in drug procurement tenders. This creates a façade of legitimacy, but in reality, the same firm wins every time. Using this technique, the Bahriy Group won over $12 million in state contracts to supply HIV and tuberculosis drugs at inflated prices to the Ministry of Health in 2013.

The cost of this graft to Ukraine’s taxpayers is high. According to Olga Stefanyshyna of the NGO Patients of Ukraine, the Ministry of Health pays on average 250-300 percent more than private sector nonprofits for the same drugs, with the profits split between pharmaceutical companies and ministry officials.

Despite the success of the Euromaidan revolution, 2014 was a particularly bad year to be ill in Ukraine. Six companies—four of which are controlled by a single person—divided up 95 percent of medicine procurement contracts in the lucrative market for tuberculosis, AIDS, hepatitis, and oncology drugs. As a result, thirty thousand HIV patients did not receive the treatments they desperately needed.

Thankfully for Ukraine’s long-suffering taxpayers and patients, drug procurement graft was finally addressed this year, although the fight for change is ongoing. The story of this battle is worth understanding, as it is a microcosm of the ongoing struggle to reform Ukraine.

The first step occurred in February, with the introduction in parliament of two groundbreaking laws that mandated the transfer of all drug and medical device procurement from the Ministry of Health to international healthcare NGOs. Getting this law passed wasn’t easy. Shortly after the draft laws reached parliament, a number of similar laws were produced by Glib Zagoriy, a member of Ukraine’s parliament and owner of the pharmaceutical company Darnitsa. These laws provided no guidance for the writing of regulations detailing how the laws should be implemented and limited the transfer of procurement responsibilities to 2015, setting the table for the return of the same corrupt system in 2016.

At this point, civil society organizations such as AnTAC and Patients of Ukraine stepped in, and together with parliamentary reformers, successfully lobbied for the passage of the anticorruption laws, which were signed by President Petro Poroshenko in April. This was only the first step, however, as the Ministry of Health resisted implementation of these laws.

The saga of drug procurement reform demonstrates the uphill fight against entrenched interests that civil society faces in seeking to make Ukraine’s government accountable to its people. The West should do everything it can to help Ukraine’s reformers. In this case, for example, a strong pharmaceutical lobby wedded to the old system at the Cabinet of Ministers level is lobbying Yatsenyuk to not sign the final regulations. Western embassies in Kyiv could easily step into the fray and push Yatsenyuk to complete the transfer. Kyiv needs billions in ongoing support from the West to survive, offering Washington and its allies ample scope to demand that Ukraine’s government stop dilly-dallying in the fight against graft.

Ukraine’s supporters in Washington can help as well. For example, Senator John McCain has emerged as a diehard advocate for Ukraine, and McCain could surely call any number of senior officials in Kyiv and express his wish to see anticorruption reforms completed. Key officials in Brussels should do the same. Ukrainian civil society is desperate for Western political support. AnTAC recently tweeted, “We beg [the] West to help us fight government impunity.” The West should answer their plea.

Josh Cohen, an ex-USAID project officer who managed economic reform projects throughout the former Soviet Union, is a business development professional. He also contributes to foreign policy-focused media and tweets at @jkc_in_dc.

Image: While graft within the Ukrainian government is widespread, corruption is perhaps most threatening in the area of government procurement. Public procurement corruption costs Kyiv billions, with as much as $15 billion in state procurement funds stolen each year. Drug procurement is a particular sinkhole of corruption. Civil society sprang into action, bringing a cake with the inscription “Four billion Hryvnias”—the Ministry of Health’s total drug procurement budget—to the health minister to press for real reform. Credit: Patients of Ukraine