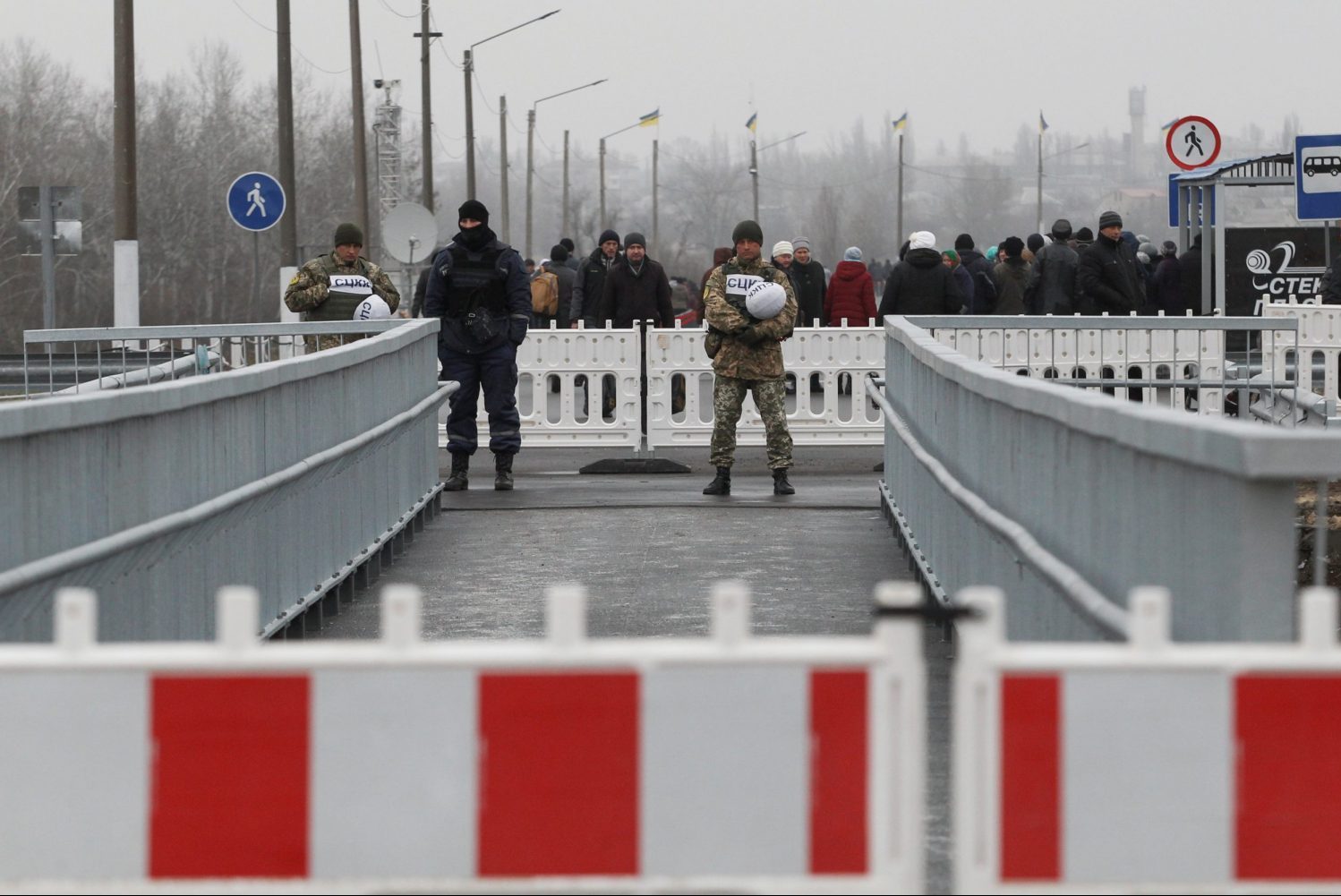 A fragile ceasefire is showing signs of taking hold at the three recently disengaged zones along the frontlines in eastern Ukraine. This is raising hopes of a reduction in bloodshed as the undeclared war between Russia and Ukraine enters its sixth calendar year. President Zelenskyy is now seeking to demilitarize three further locations, and continues to remind President Putin during their occasional phone calls of the comprehensive ceasefire they agreed to in Paris. Can the baby steps of localized disengagements lead to more meaningful progress towards a lasting ceasefire in eastern Ukraine?

When they met for the first time in Paris in the final weeks of 2019, presidents Zelenskyy and Putin agreed to withdraw more troops from frontline positions ahead of their next Normandy format meeting, which is scheduled to take place in April 2020. Ukrainian and Russian representatives in eastern Ukraine are now discussing new humanitarian corridors that would allow more Ukrainian civilians caught in the crossfire to safely go about their business. Tactically, this approach removes the line-of-sight that enables exchanges of small arms fire. Later on, it will hopefully lead to a reduction in heavier armor exchanges, winding down the hot phase of the trench war. The ultimate goal of this disengagement process is to demilitarize the frontline entirely and establish a complete ceasefire throughout the Donbas.

Talk of ceasefires is nothing new. On the contrary, ceasefires have been declared repeatedly throughout the war but have never lasted. Plans for a disengagement in 2016 failed several times, with broken ceasefires forcing Ukrainian troops back to their positions. The 2019 disengagement has so far succeeded in separating the sides by a few kilometers at certain points, but it is still far too early to talk about a broader ceasefire.

The ceasefire envisioned in Paris would be monitored round the clock by the Organization for Security and Cooperation in Europe (OSCE). This 24-hour mandate could at least help reduce the frequency of nighttime shootings, since most attacks currently happen after daylight hours when OSCE monitors are absent. But merely giving the OSCE more oversight may not work, since Kremlin-controlled forces have consistently obstructed their mission by denying monitors access. There is little reason to think this trend will not simply expand to nocturnal patrols. Crucially, despite agreeing to stronger monitoring controls, presidents Zelenskyy and Putin have so far failed to define violation penalties.

Few are expecting rapid progress towards a comprehensive ceasefire. Zelenskyy estimates that at the current rate, it would take twenty years to disengage the entire 410km frontline, while an accelerated small-scale disengagement would take six to eight years. Furthermore, the contact line itself is complex and cannot be treated in a uniform manner. Full disengagement is not currently viewed as a realistic option because it would oblige Ukrainian forces to abandon strategic positions in places like Shchastya, Maryinka and Shyrokino. The consequences of withdrawing from these positions would potentially be grave. In the village of Shyrokino, Ukrainian forces are protecting Azov Sea port city Mariupol from further Russian Grad barrages similar to the attack in January 2015 that left dozens dead. Meanwhile, a pullout from Maryinka close to Donetsk would mean surrendering positions for several kilometers. Many citizens would view this as treason, given the high human cost during the liberation of the area in 2014-2015. Understandably, Kyiv prefers to disengage gradually and selectively, beginning with the simplest sites in open fields and across rivers.

Despite numerous limitations, the recent experience of pulling some troops back is encouraging. Disengagement has increased the distance between the warring sides, locally eliminating rifle fire exchanges. It has allowed for the dismantling of military fortifications and de-mining. In Stanytsia Luhanska, the Ukrainian authorities were able to rebuild a blown-up footbridge representing the only passage to Ukrainian government-controlled territory in Luhansk, where over 10,000 residents cross the contact line every day to collect their pensions. Limited disengagement is also popular with the Ukrainian public, with recent polls indicating support at nearly 60 percent.

While the three disengaged security zones at Stanytsia Luhanska, Zolote and Petrivske can be seen as a positive development, they have not had any significant impact on the overall frontline situation. Although the ceasefire is holding in the disengaged zones, sporadic shelling nearby is still killing Ukrainian soldiers. Meanwhile, further disengagement poses considerable risks. It creates uncontrolled gray zones allowing subversive groups and snipers to operate freely, jeopardizing the National Guard and Ukrainian police patrolling the disengaged sites. There is also concern that Russia could re-mine the gray zones or take over abandoned Ukrainian positions.

So far, the limited number of trial disengagements attempted in eastern Ukraine during recent months have succeeded in reducing shooting casualties and building confidence. However, deep distrust rooted in previous ceasefire violations currently limits the scope of any progress. Nevertheless, the precedent of recent withdrawals, together with commitments made in Paris and ongoing dialogue between Zelenskyy and Putin, have combined to produce positive expectations that further disengagements will take place. Realistically, there is not yet enough trust to disengage at strategic sites, but these small steps could eventually take the demilitarization process to the next level.

Image: Servicemen stand guard before a ceremony to unveil a section of the restored bridge, which was exploded during a military conflict between Ukraine and Kremlin-controlled forces, in the settlement of Stanytsia Luhanska, Ukraine November 20, 2019. REUTERS/Alexander Ermochenko