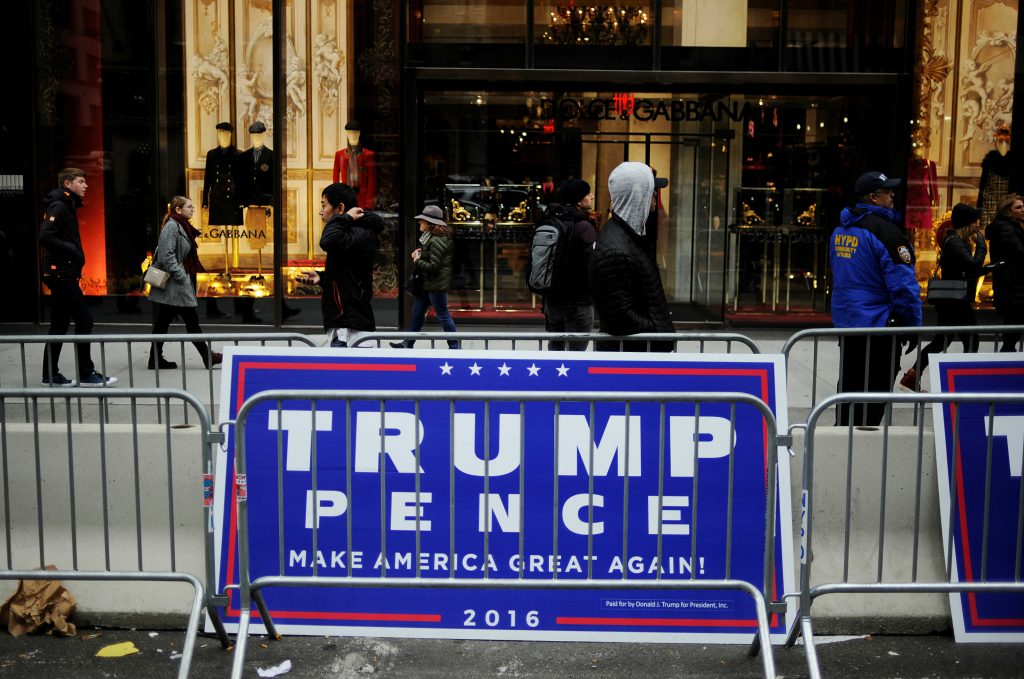 President Barack Obama’s advice to the world that it shouldn’t “assume the worst” about Donald Trump may apply to countries whose existential interests cannot be threatened by the president-elect’s policies, but those that face a possible Russian invasion must assume and prepare for the worst.

They cannot, as Obama recommended, “wait until the administration is in place” and then “make your judgments as to whether or not it’s consistent with the international community’s interest in living in peace and prosperity together.”

Russian President Vladimir Putin’s tanks could be on the outskirts of Estonian capital Tallinn by then.

No one knows what the Trump administration’s foreign policy will be. That said, his extreme disregard for the European Union, NATO, NAFTA, the WTO, and international law and his continual trumpeting of American interests suggest that, at best, he may be indifferent to Putin’s aggression in Eastern Europe or, at worst, he may even facilitate it by encouraging Russia to establish a sphere of influence.

The Baltic states are the most vulnerable to complete takeover, since they lack the military power to deter Russia and, without American support of NATO, could not rely on the Alliance’s intervention in case of a Russian attack. Their only hope is to prepare for an extended occupation and underground resistance along the lines of the anti-Russian nationalist movements that were active in all three states in the aftermath of World War II. Small wonder that Lithuania has recently issued a manual on what to do if Russia invades.

Belarus is next in terms of vulnerability. Russia already has troops stationed in the country and a large portion of Belarus’s Russian minority would probably welcome a Russian seizure. Belarusian President Alexander Lukashenko has stated that his country would resist, but, lacking combat experience and being of uncertain loyalty, the Belarusian armed forces might not be able to stop a Russian attack. An underground partisan movement modeled after the one that inflicted severe damage on the Germans in World War II is likely and, if coordinated with the Baltic movements, could make for a very costly occupation.

Ukraine is least vulnerable to a conventional attack, because the ongoing war with Russia has enabled Kyiv to build up a serious army that has proven its mettle in the fighting in the Donbas. Russia could launch a full-scale attack against Ukraine, of course, but that would require the mobilization of most of its army and the application of massive air power. Even then, it’s hardly clear that Ukraine’s soldiers and population would roll over.

Ukraine’s real vulnerability is less military than political. Imagine that Trump and Putin agree to the following deal: The United States recognizes Russia’s annexation of Crimea and, in return, Russia withdraws its armed forces and economic assistance from the occupied Donbas, essentially bequeathing the devastated territory, its impoverished and alienated population, and tens of thousands of heavily armed separatists to Ukraine. Ukraine would be hard-pressed to say no, especially as regaining the occupied Donbas has been a central feature of Kyiv’s official rhetoric since 2014.

Reintegrating such a Donbas would amount to the end of Ukraine’s reforms, pro-Western leanings, and democracy. Moreover, it would bankrupt the government, polarize the population, and destabilize the state. Putin, with Trump’s assistance, would have succeeded in destroying Ukraine without losing a single Russian soldier in the process.

These worst-case scenarios may not materialize, but Belarus, Estonia, Latvia, Lithuania, and Ukraine do not have the luxury of waiting for the post-election dust in America to settle and then figure out what to do. They must prepare for the very worst immediately. The Balts and Belarusians must prepare for extended guerrilla warfare. The Ukrainians must develop a Plan B, in case Putin decides to transform the occupied Donbas into a Trojan horse.

Europe, or what remains of the entity in a Trumpian world, must come to grips with the possibility that, within a year or two, Russian tanks could be stationed on the European Union’s eastern borders, waves of desperate Eastern European refugees could seek asylum in the EU, and Russia, militarily overextended and economically weak, could be on the brink of collapse.

All thanks to Trump.

Image: A campaign sign supporting US President-elect Donald Trump and US Vice President-elect Mike Pence is seen in a demonstration area near Trump Tower in the Manhattan borough of New York, U.S. November 20, 2016. REUTERS/Mark Kauzlarich