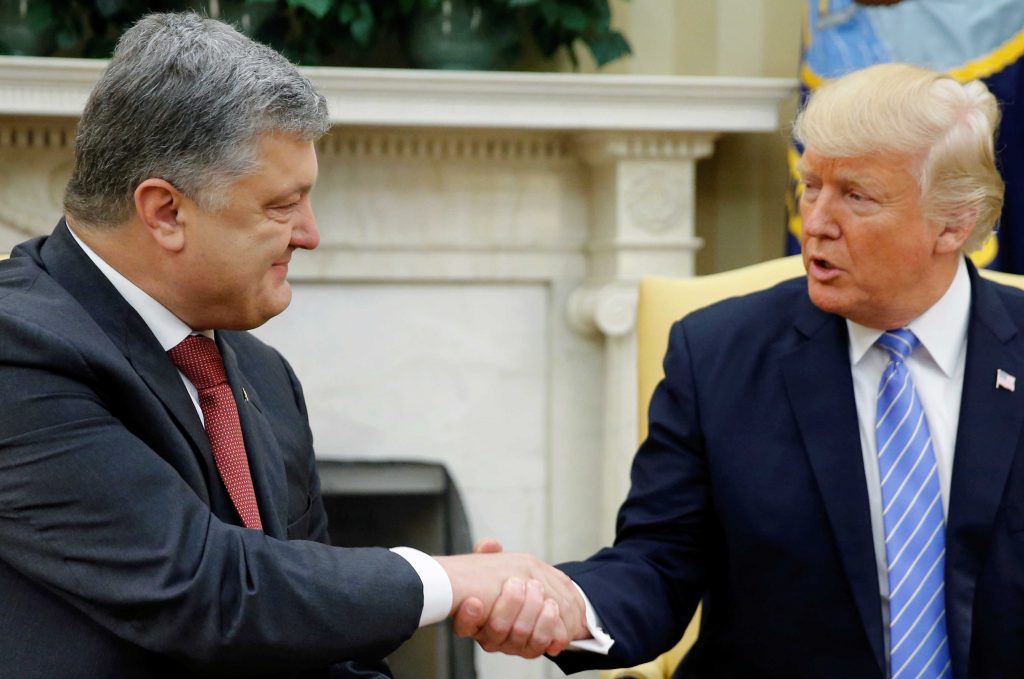 A bipartisan task force made up of former US defense officials, ambassadors, and security experts renewed calls for the United States to give lethal defensive weapons to Ukraine. On June 21, the National Security Task Force of the Friends of Ukraine Network urged the United States to provide a range of weapons, intelligence, and training.

“[T]he purpose of providing defensive weapons is to help Ukraine deter the Russians from carrying out further attacks, and to increase the pressure on Russia to negotiate seriously on implementing the Minsk agreements,” said Alexander Vershbow, a member of the task force and the former deputy secretary general of NATO. “The aim is not to encourage Ukraine to seek a military victory, which Kyiv knows isn’t possible,” he said at the launch event in Washington, DC.

The appeal comes the day after Ukrainian President Petro Poroshenko met with US President Donald Trump in the Oval Office.

Calling the situation “urgent,” Vershbow said Russian and proxy forces are violating the Minsk ceasefire agreement on a daily basis “with almost complete impunity,” raining down artillery and rocket attacks and inflicting significant civilian casualties. At least 9,940 people have been killed and 23,455 injured from April 2014 to March 12, 2017, according to the Office of UN’s High Commissioner for Human Rights.

The task force urged the US government to provide Ukraine with the following:

The task force also urged the United States to designate Ukraine as a major non-NATO ally, which would make it easier to give the country greater military support.

Previous attempts to press the United States to arm Ukraine in 2015 didn’t get far. The Obama administration resisted, although it did provide $20 million for long-range counter-battery radars.

Vershbow argued that Trump might succeed where previous efforts to resolve the conflict failed if he embraces strong diplomacy and gives defensive weapons to Ukraine.

“The odds for this tough, but pragmatic policy are greater now because the Trump administration recognizes that at times the use of hard power is necessary to secure American interests,” said John E. Herbst, another task force member and a former US ambassador to Ukraine.

Providing Ukraine with the defensive weapons and capabilities recommended by the task force would enable Ukrainian forces to better protect themselves and reduce casualties, Vershbow said.

The Friends of Ukraine Network is an initiative of the US-Ukraine Foundation.