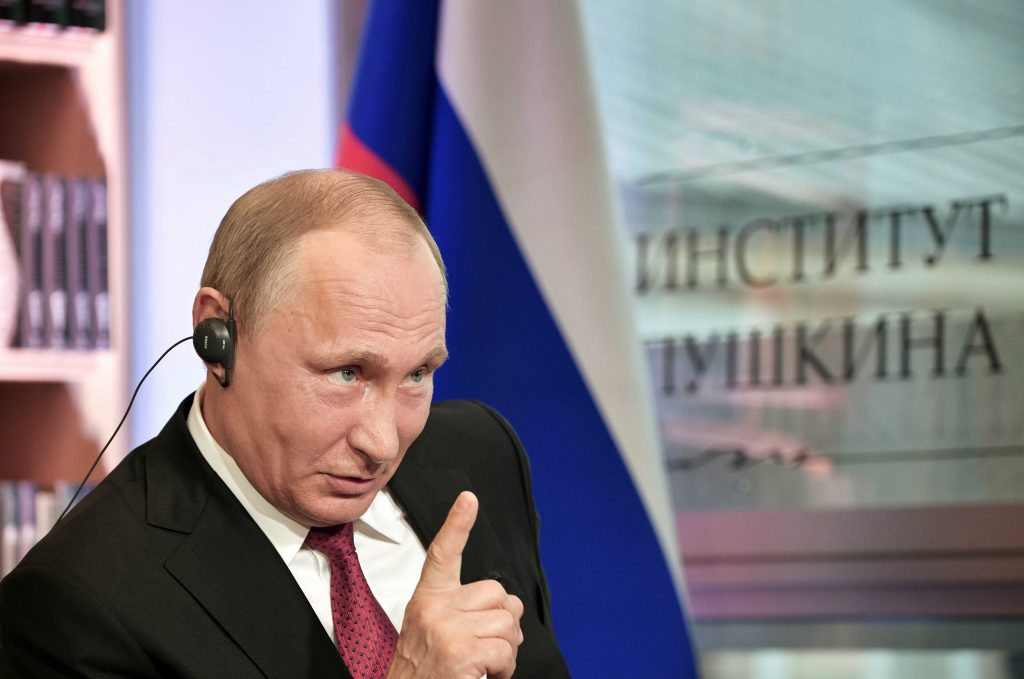 In a handful of Central and Eastern European countries, governments and the media have been slow and ineffective in countering the Kremlin’s propaganda and disinformation. The best defense? An active, engaged civil society.

Those were some of the findings of the Kremlin Influence Index (KII), a report released in mid-May that analyzed the Russian government’s ability to affect the media environments in Ukraine, the Czech Republic, Hungary, and Georgia. Issued by Detector Media (Ukraine), in partnership with the European Values Think-Tank (Czech Republic), Political Capital (Hungary), and the Media Development Foundation (Georgia), the report examines and measures the Kremlin’s ability to shape their countries’ public discourse.

The Index gives a figure for each country between 0 and 100; the higher the figure, the greater the Kremlin’s capacity and influence. The scores take into account both the Kremlin’s efforts and the countries’ responses. The Index was calculated based on a survey of media and foreign policy experts and directly reflects their opinions.

Among the four countries covered by the research, the Czech Republic is doing the best, with an index grade of 48. The Kremlin has tried to further its influence in the Czech Republic, but both civil society and the government—in spite of President Milos Zeman’s pro-Kremlin rhetoric—have been successful at building barriers to its influence.

Ukraine, with a score of 49, remains a leader in Kremlin propaganda counteraction. While other countries are still searching for ways to restrict the Kremlin’s disinformation efforts, Ukraine has already implemented a number of solutions. Measures undertaken by the government, such as limiting the broadcasting of Russian TV channels, have restricted Moscow’s access to Ukrainian citizens. Only 8 percent of Ukrainians now report watching Russian TV, and only 1 percent trust its news.

The government’s most recent decision, to block the Russian social networks VKontakte and Odnoklassniki, resulted in ambiguous reactions from Ukrainian users, but it will definitely contribute to the Ukrainian firewall against Kremlin propaganda. Ukrainian NGOs and media are also active, ensuring constant monitoring and analysis of Kremlin disinformation activities, and regular messages to citizens of the danger of the Kremlin’s manipulations.

Georgia’s KII score is 54. Since the war in 2008, the Kremlin’s opportunities in Georgia have grown stronger, mainly by means of political parties, the Orthodox Church, and the media. Russian media outlets are not particularly popular, but a number of local media outlets promote anti-Western, xenophobic narratives, or pro-Russian stances. In addition, the Alliance of Patriots of Georgia recently earned seats in Georgian parliament; this party uses strongly anti-Western, Turkophobic, and pro-Kremlin rhetoric. And number of GONGOs exist that promote similar ideas among Georgian society. Meanwhile, the government keeps stalling in its efforts to promote information security.

Hungary stood in the weakest position, with a score of 61. The Hungarian government frequently demonstrates its friendliness toward the Kremlin and is reluctant to make any political changes to decrease the influence of its propaganda.

The research’s findings revealed important trends throughout the four countries.

Of all the spheres of public life, civil society is the most resistant to Russian influence. Though the Kremlin is doing its best to use puppet civil society groups to transmit its propaganda, these actions are effective only in Ukraine, through the Orthodox Church and Moscow-controlled military groups. In other countries, the Kremlin has not been successful at influencing this dimension; as a result, civil society has often been a leader of resistance movements against Russian information campaigns.

In contrast, the governments of all four countries have limited capacity to provide strategic communications to combat Russian propaganda. In general, they have appeared unprepared to address such a misuse of freedom of speech and are still unable to offer any alternative to the Kremlin’s narratives. Recent surveys (in particular, by the International Republican Institute in the Czech Republic, Hungary, Poland, and Slovakia, and Detector Media in Ukraine) demonstrate that the Kremlin is gaining more and more influence on public opinion.

In all four nations, the media environment is favorable to the Kremlin’s influence. Oligarch-owned media and the decline of public confidence in central media outlets benefit the Kremlin. Additionally, media outlets are usually slow to join anti-propaganda actions.

Especially alarming is the finding that in all of the countries covered by the research, the issue of media literacy is clearly not part of the political agenda. None of the governments or media outlets have implemented solutions to increase citizens’ knowledge about how propaganda works, how the media can manipulate a population, or how to distinguish a true story from a fake. Though citizens’ media understanding and sophistication is considered one of the best ways to counteract disinformation and manipulations in the longer term, it is still the focus of only a few NGOs. Their resources and capacity are not enough to achieve fundamental changes, and without proper media support and government attention, their impact remains too little.