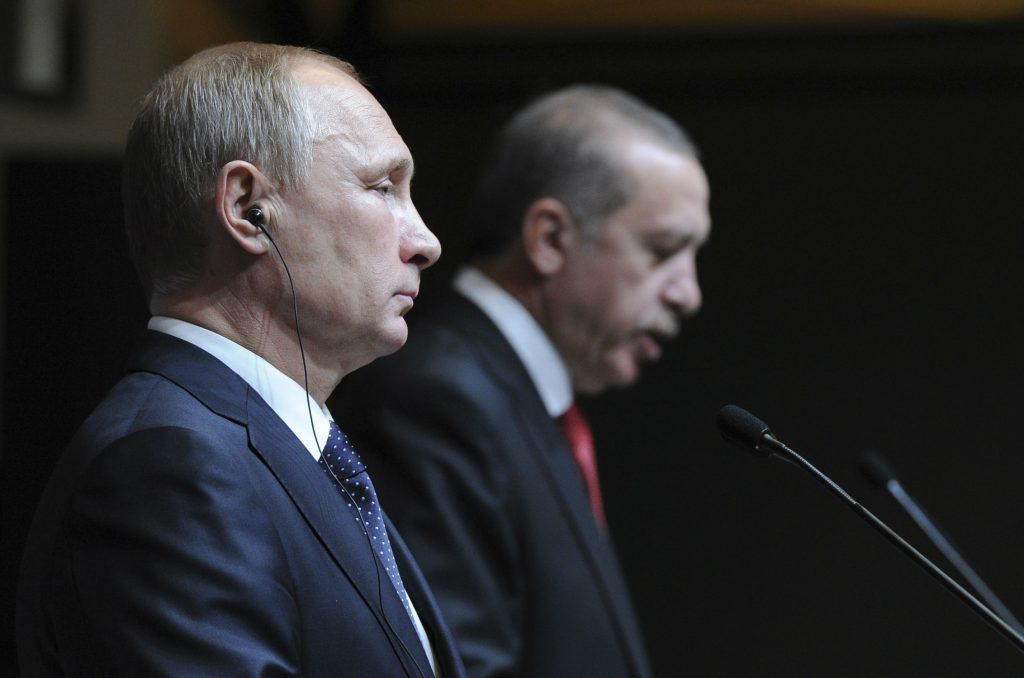 Ukraine can play a key role in Europe’s effort to decrease dependence on Russia’s natural gas. Europe’s over-weaning dependence on Russian energy is the focus of my new Atlantic Council study: Developing a Western Energy Strategy for the Black Sea Region and Beyond. Gazprom’s—and Moscow’s—energy clout has become a recognized challenge for Ukraine’s and Europe’s energy security, especially in East and Southeast Europe.

Currently, the EU imports about one-third of its gas from Russia, with almost half of that pumped through Ukraine’s giant export pipelines. Countries that get most of their supply from Russia have become the most vulnerable. The Kremlin uses energy not just as a commodity to earn cash, but also as a means of increasing political pressure, an instrument of dependence and corruption. The last twenty-five years have demonstrated that Moscow uses its energy muscle to impose its foreign policy agenda on European countries, which import a large share of their natural gas from Gazprom. Since independence, Ukraine has suffered from the Russian gas diktat.

The Black Sea region, and especially Ukraine, is pivotal in terms of addressing the challenge of gas supply diversification for Europe. The principal solution to this problem is twofold: geographic diversification of gas supply and increased local production, including in Ukraine, Georgia, Romania and Moldova—both on- and offshore. Only a strongly competitive environment will force Gazprom to act like a corporate entity and not a government agency.

Russia is aware of the European Union’s concerns and will certainly try to minimize the impact of Europe’s energy supply diversification strategy. Moscow has attempted to bypass Ukraine by launching the Turkish Stream pipeline project, but so far, it has not succeeded. In December 2014, Russian President Vladimir Putin attempted to replace the South Stream project with the Turkish Stream project, initially envisaging four pipelines capable of delivering gas across the Black Sea directly to Turkey. Although beneficial to both Russia and Turkey, the project might be on its deathbed in the light of the downing of the Russian SU-24M bomber by the Turkish Air Force.

The Trans-Anatolian/Trans-Adriatic gas pipeline (TANAP/TAP) would better fit Europe’s interests. The TANAP/TAP project was announced in November 2011 at the Atlantic Council Third Black Sea Energy and Economic Forum in Istanbul, as an alternative to the failed Nabucco pipeline project.

TANAP is a new, 48-56-inch standalone pipeline under construction across Turkey, and is intended to carry Azeri natural gas from the Shah Deniz II field. The estimated reserves of Shah Deniz II alone are 991 billion cubic meters (bcm). TANAP’s projected capacity is 30 bcm/y, and the field itself has reserves for at least a thirty-year supply.

The Trans-Adriatic Pipeline is an important component of the greater energy project—Southern Gas Corridor, which would link Asia and Europe. TAP would bring Azeri gas from Turkey, through Greece and Albania, across the Adriatic Sea to Italy.

Aside from the large-scale projects including the TANAP/TAP pipelines, a variety of smaller-scale initiatives may provide Europe with greater energy supply diversification. These five are the most noteworthy:

The development of domestic resources might serve as a viable option for local consumers. Significant reserves of natural gas, including shale gas, in Black Sea nations, including Ukraine, can provide energy diversification as well. Ukrainian gas reserves—including conventional on- and offshore, as well as shale—are so significant that the country could become a net exporter of gas to Europe over time.

Offshore gas in the Mediterranean region, including Egypt, Israel and Cyprus, can offer another source of gas for Europe’s southeast, including Ukraine. If the Iran nuclear deal holds and the regime demonstrates transparency and a more benign foreign policy, even gas supplies from sanctions-free Iran could provide another energy alternative. Time will tell whether Iran chooses profits and economic development over warfare against its Sunni co-religionists and abandons its decades-long support of terrorism.

Both economics and geopolitics are dictating a paradigm shift for Europe’s gas imports. Geographic diversification, energy efficiency, and local production are the three keys to enhancing Eastern Europe’s energy security.

Ariel Cohen is a Senior Fellow at the Atlantic Council’s Global Energy Center and Dinu Patriciu Eurasia Center. He is also Director of the Center for Energy, Natural Resources and Geopolitics at the Institute for the Analysis of Global Security and Principal of International Market Analysis Ltd.

Image: Russia's President Vladimir Putin (L) is pictured during a joint news conference with his Turkish counterpart Tayyip Erdogan in Ankara December 1, 2014. Moscow has attempted to bypass Ukraine by launching the Turkish Stream pipeline project, but so far, it has not succeeded. Although beneficial to both Russia and Turkey, Turkish Stream might be on its deathbed in the light of the downing of the Russian SU-24M bomber by the Turkish Air Force. Credit: REUTERS/Mikhail Klimentyev/RIA Novosti/Kremlin