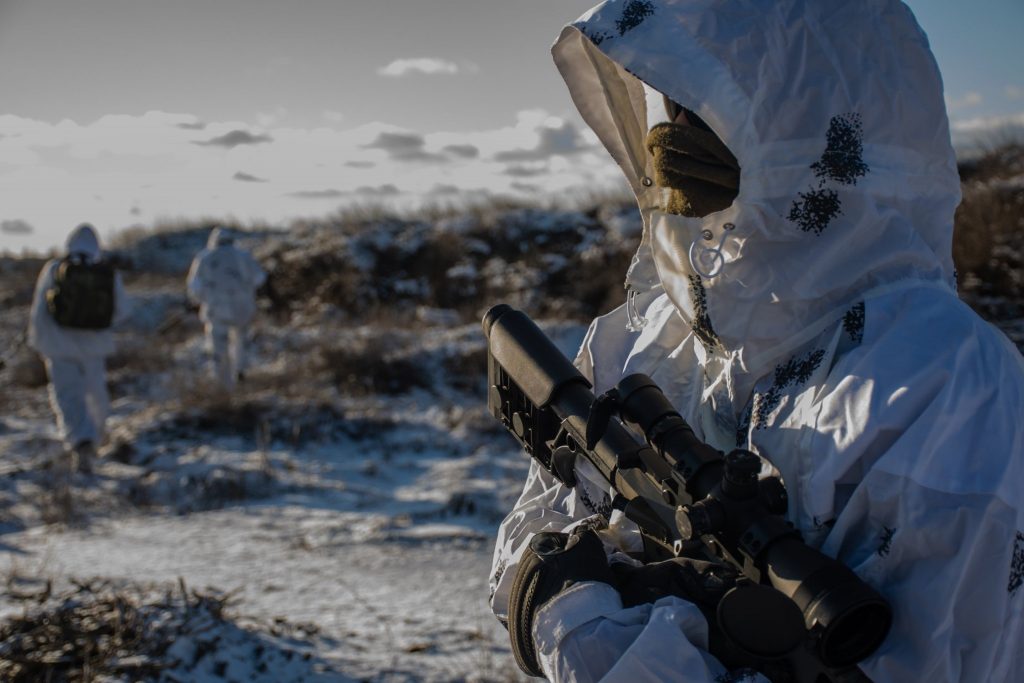 While the world waits to see if Vladimir Putin will proceed with his threatened invasion of Ukraine, Russia’s menacing military posture is already hitting the Ukrainian economy hard.

As fears over the Russian troop build-up on the Ukrainian border mounted on January 14, yields on Ukrainian sovereign Eurobonds in US dollars suddenly shot up to 11-14 percent. They have since risen even higher. As a consequence, Ukraine has effectively lost access to the international financial market.

This sudden financial shock might appear surprising given the relatively solid status of the Ukrainian economy. Ukraine has accumulated international currency reserves of USD 31 billion, more than it has had at any time since 2011. In 2015, Ukraine’s reserves reached a low of just USD 5 billion.

Thanks to high food and iron ore prices, Ukraine’s hryvnia currency actually appreciated last year. The government has maintained a limited budget deficit, even smaller than the International Monetary Fund permitted, and public debt is moderate at 51 percent of GDP.

The main concern is high inflation at 10.2 percent, but the National Bank of Ukraine has wisely hiked its interest rate to 10 percent in response to this challenge. Ukraine also received a new IMF tranche in late November 2021.

Ukraine’s emerging economic problems are entirely due to the shadow cast by the threat of a dramatic escalation in Russian military aggression.

The hryvnia exchange rate has fallen by a few percentage points in recent weeks. International investors now consider Ukraine an excessive risk and are not prepared to lend money to the Ukrainian government or Ukrainian companies at any price. This places severe restrictions on Ukraine’s economy and is likely to cause economic growth to fall below the already rather modest IMF forecast of 3.6 percent in 2022.

While Russia is the cause of Ukraine’s economic pain, it is currently suffering fewer negative consequences than Ukraine because its economy is far bigger and its reserves are twenty times larger. The Russian ruble has fallen by about as much as the hryvnia, but Russian bond yields are much lower than Ukraine’s in spite of halfhearted Western sanctions.

So far, the Russian stock market has taken the biggest hit, falling by 27 percent in US dollars since the end of October. However, the impact of the tumbling RTS stock index should not be overestimated. At the time of the 2008 Russo-Georgian War and subsequent months, the RTS index slumped by no less than 80 percent, but Putin appeared unconcerned.

Needless to say, the economic damage will be far greater for both countries if full-scale warfare begins in the weeks ahead.

Ukraine has lost access to international finance before. The last time this happened was in 2011. Viktor Yanukovych had become president the previous year with ample reserves at his disposal but things do not go according to plan.

Yanukovych thought he could manage without IMF support, but bond yields rose above 10 percent and nobody dared to lend him any more money. Desperately, he opted for Russian financing in December 2013, but this did not save him, nor did it open up the international market.

It took several years for the subsequent Ukrainian government led by PM Arseniy Yatsenyuk to convince the world to provide Ukraine with new funding. This time frame was quite typical. After the financial market closes, it usually stays closed for a few years. With this in mind, the Ukrainian government and Ukrainian companies should abandon hopes for bond issues until the markets have reopened. This will require major efforts on Ukraine’s part.

The Ukrainian government now needs to adopt an anti-crisis program. Existing monetary policy is already reasonably strict and the fiscal deficit is small, though it might have to be trimmed.

The authorities need to undertake long-delayed structural reforms. Priority tasks should be to reform the judiciary, the Security Service of Ukraine (SBU), and the prosecutor general’s office in order to put an end to blatant corporate raiding by these institutions.

Secondly, the Office of the President needs to restore some stability to the ministries and endow the cabinet of ministers with the same powers over economic policy enjoyed prior to the Zelenskyy presidency.

All these measures should be tied to international support programs. Former Georgian President Mikheil Saakashvili carried out a highly successful anti-crisis program in Georgia after Russia’s 2008 invasion. Ukraine can follow the same script.

As soon as the situation with Russia has become clearer, Ukraine should call on the IMF, the World Bank, the United States, the European Union, the EBRD, European investment banks, and bilateral donors to provide emergency financing to Ukraine. Such financing is typically coordinated by the World Bank through a donor meeting in Paris. It is too early to say how much funding Ukraine will need, but it will presumably require many billions of dollars.

The severity of Ukraine’s financial conundrum must not be understated, but with support from its Western partners, the Ukrainian government can resolve its problems as in 2014-15 through austerity, reforms, and international financial support.

Anders Åslund is a Senior Fellow at the Stockholm Free World Forum.