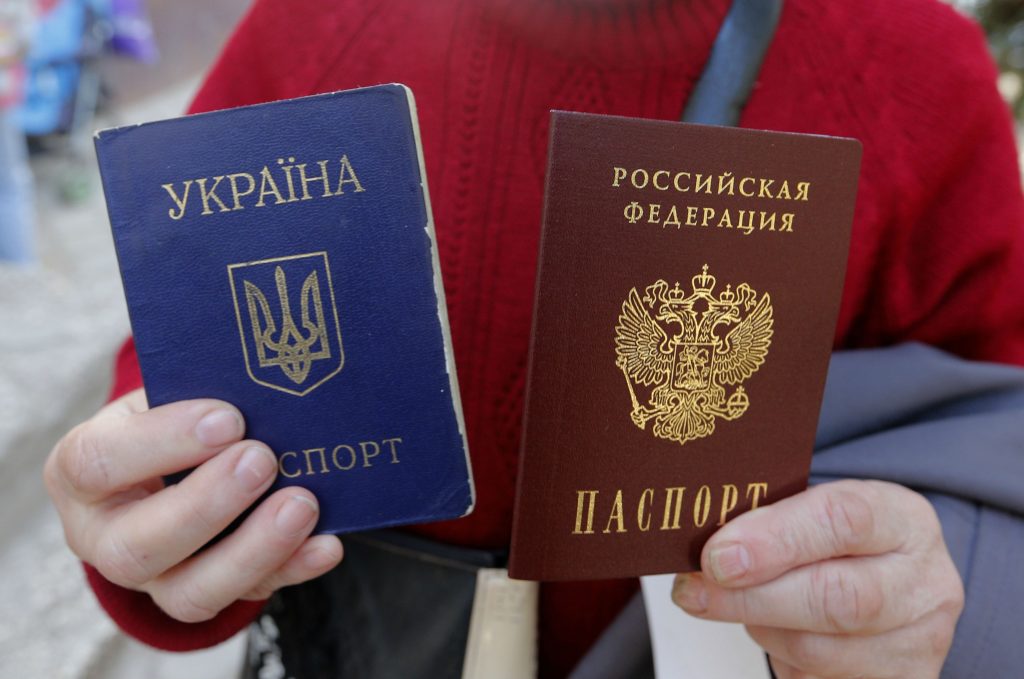 On March 16, the separatist leaders of the so-called Donetsk People’s Republic (DNR) began issuing their own passports in eastern Ukraine. The territory’s militant leader Aleksander Zakharchenko called the move “a very important step toward building statehood” that will serve to solidify and formalize the territory’s separatist status. Earlier, Moscow had planned to hand out Russian passports to the so-called republics of Luhansk and Donetsk, and the strategy of launching local DNR passports complements this aim.

Previously, Russia used policies of “passportization,” or the systematic distribution of Russian citizenship to Russian speakers or other separatist-inclined minorities residing in Abkhazia, Crimea, South Ossetia, and to some degree Transnistria to support separatism and Russia’s territorial ambitions. Once sizable populations in foreign states had become Russian citizens, Moscow called for their protection both rhetorically and militarily, starting the process of annexation or de facto control of these territories.

The extent to which Russian passports have already spread in the Donbas is still uncertain. As early as September 2014, Yuriy Sergeyev, Ukraine’s Ambassador to the United Nations, said that “Russian authorities have launched the full-scale issuing of Russian passports in Donetsk and Luhansk.” In contrast, Donetsk and Luhansk news outlets reported that the issuing of Russian passports to people of the regions was to start by the end of 2015, through an office in the nearby Russian city of Rostov-on-Don. That Russian city was reportedly selected because establishing Russian consular offices directly in the Donbas would have been too objectionable to Ukraine and the United States.

The distribution of local passports in DNR also recalls similar policies in Abkhazia, South Ossetia, and Transnistria. However, because these territories were internationally unrecognized, their passports’ practical usefulness was limited in cases such as foreign travel. As a result, the vast majority of the population of Abkhazia and South Ossetia, and a significant number in Transnistria, also acquired Russian passports. Thus, the distribution of local passports led to the spread of Russian passports.

The new DNR passports, which resemble the Russian Federation’s red passports, will allow their owners visa-free access to Russia. On these passports’ launch day, twenty teenagers who had just turned sixteen were granted the new passports from the separatist authorities. Zakharchenko said that the passports would continue to be issued to the youth and subsequently to everyone else in the breakaway region. The rebel leader mentioned that a DNR passport would be required for participation in the planned local elections.

Distribution of the DNR passports has been discussed for some time and was confirmed by Zakharchenko as being eminent in January 2016. However, earlier in August 2015, the same leader said he was first waiting for international recognition of the DNR, noting that without at least the support of “countries friendly to our republic,” an introduction of local passports would be a “waste of resources.”

Though neither Russian passports nor DNR passports will legitimize either these self-declared statelets or Moscow’s claims over these territories in the eyes of the international community, these are troubling developments. Passportization of the Donbas reinforces the evidence that Russia is not prepared to uphold the Minsk II agreements and will continue undermining Ukraine’s territorial integrity.

Agnia Grigas is a nonresident senior fellow at the Atlantic Council and a Truman National Security Fellow. She is the author of Beyond Crimea: The New Russian Empire and The Politics of Energy and Memory between the Baltic States and Russia. Follow her @AgniaGrigas.

Image: A woman poses with a Ukrainian (L) and a Russian passport outside an office of the Russian Federal Migration Service, where she received a Russian passport, in the Crimean city of Simferopol April 7, 2014. REUTERS/Maxim Shemetov