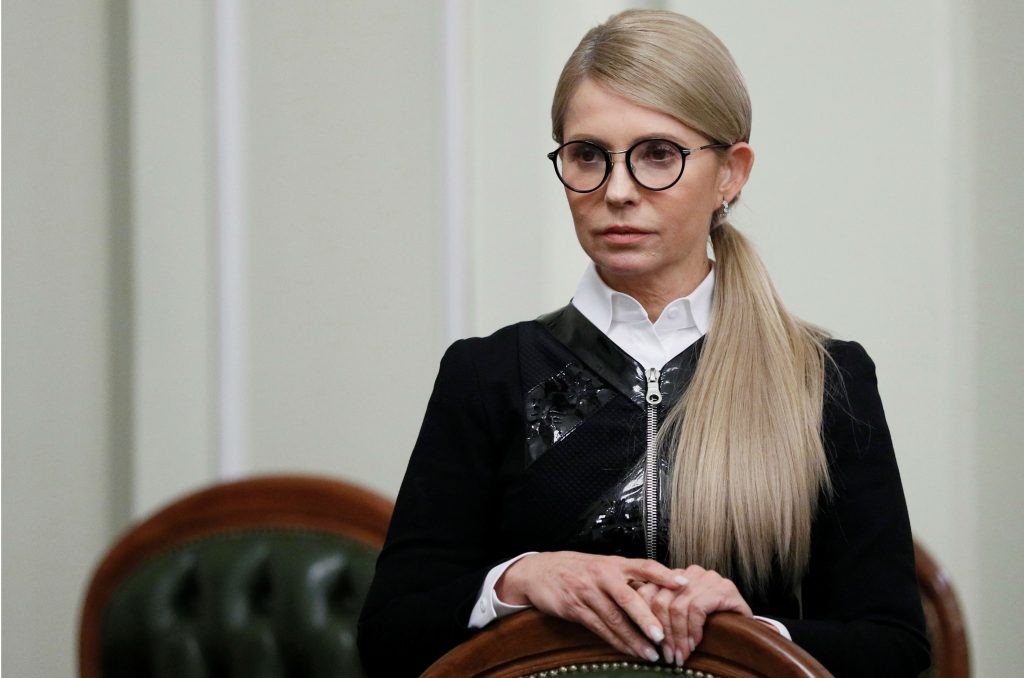 2019 is election year in Ukraine. Ukrainians will select a new president this spring and a new parliament in the fall. Even though the outcome of the presidential race is unpredictable, there are five things about this political cycle that are not.

Second, the polls will prove to be very wrong. Ukrainian media publishes almost daily polls, all of which show Tymoshenko leading, a relatively new face in a distant second place, and the president in third. However, if most US polls in 2016 wrongly predicted a Hillary Clinton victory, how much more can Ukrainian polling be off the mark? Ukrainian pollsters often skew results according to who pays for the poll. More reputable polling firms adjust the numbers by up to 3 percent, while more questionable ones adjust by at least 5-7 percent. Polls are no longer objective indicators of public sentiment, but rather tools for influencing public opinion and creating specific narratives. For example, the public is being told that Tymoshenko is destined for victory because she is in “first place,” but this narrative fails to point out that 80 percent of Ukrainians prefer a different candidate. When four out of five prefer someone else, that is not destiny but deception.

Third, the majority of presidential candidates are actually campaigning for parliament. Six candidates currently average 10 percent in the presidential polls—Poroshenko, Tymoshenko, comedian Volodymyr Zelenskiy, former defense minister Anatoliy Hrytsenko, Radical Party Leader Oleh Lyashko, and Opposition Bloc leader Yuriy Boyko—but Tymoshenko and Poroshenko are the ones to watch. The other four are campaigning for seats in the parliamentary elections, and standing in the presidential election is merely a method to raise their visibility beforehand. Since parliament elects the prime minister, having a large parliamentary faction is the goal. Thus, while Zelensky enjoys the benefit of being the protest vote of the month, Ukrainians voters have historically rejected such candidates. As Zelenskiy is eventually defined as oligarch Ihor Kolomoyskyi’s stealth candidate, his rating will rapidly drop. Hrytsenko and Lyashko have made political splashes in the past, but faded on election day. Boyko, without Crimea and the occupied Donbas, is already maxed out.

Fourth, Tymoshenko and Poroshenko will battle again in the runoff. The two squared off in the 2014 presidential election, with Poroshenko winning easily by 39 points. Now the 2019 election is shaping up as a rematch, with polls giving Tymoshenko an average of a seven-point edge. However, Poroshenko’s rating was rising prior to securing independence for Ukraine’s Church, and the powers of incumbency are always strong, so expect a close runoff between the two candidates.

Fifth, the winner of the presidential election will have momentum going into the parliamentary elections. Polls show that eight to ten parties would get enough votes to enter parliament but none would hold a dominant position. Therefore, any parliamentary majority would need to include a multi-party coalition. However, the polls reflect only half the picture since half of the MPs will be elected from districts (majoritarians) and are left out of the current polling. In 2014, Poroshenko received 53 percent of the vote in the May presidential and 22 percent in October’s parliamentary elections. After the election, he more than doubled his faction size by adding majoritarians. Expect a similar situation this year. Typically majoritarians are business owners who want friendly relations with the government. Whoever wins the presidential election will find scores of majoritarians ready to make deals to protect their businesses. Attempts to change the election law to abolish majoritarian districts have met with lukewarm support from parliament.

Some will complain that these elections will be similar to previous ones with the same old faces returning to power. To some degree, those criticisms are right. However, the paradigm has shifted with Ukraine’s European civilization choice. The public demands higher standards, more transparency, and is no longer content to accept statements from their leaders at face value. Ukrainians are now empowered, and an empowered citizenry is what will lead Ukraine forward, long after the old political faces fade.

Brian Mefford is the director of Wooden Horse Strategies, LLC, a government relations and strategic communications firm based in Kyiv, Ukraine. He is a senior fellow at the Atlantic Council.