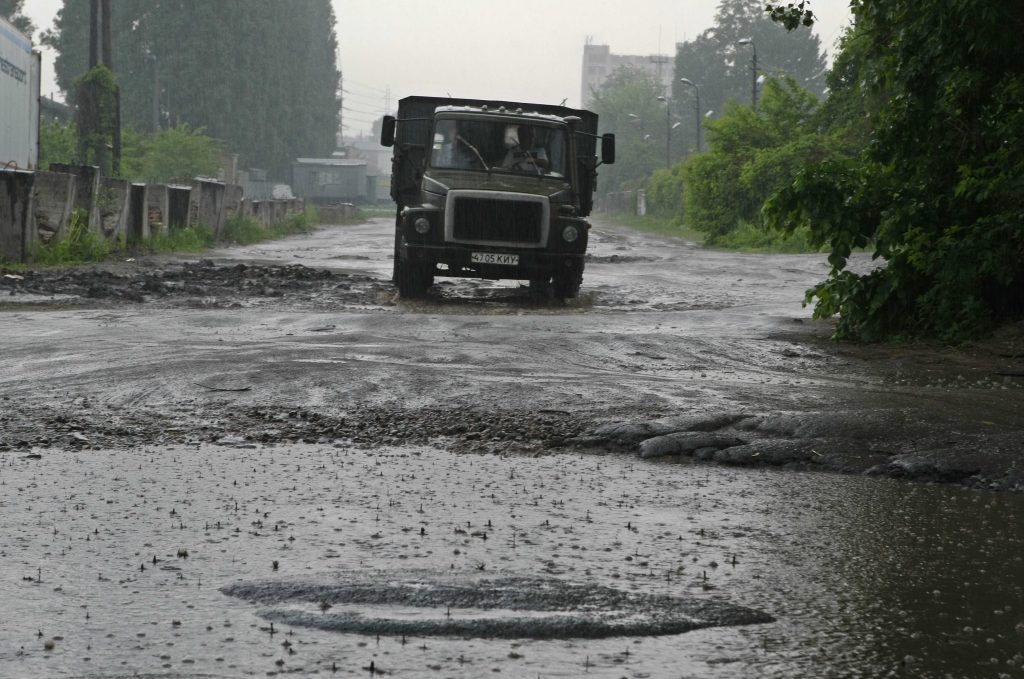 Ukraine’s favorable location gives the country immense potential as a regional transit hub. The country’s infrastructure, however, is in such a bad shape that it is not only unable to service international traffic, but has difficulties meeting the economy’s everyday needs.

Following two years of GDP decline, Ukraine finally demonstrated signs of economic recovery in 2016. Whether the recovery continues to gather momentum depends on continued progress in agriculture and metallurgy, which constitute the backbone of Ukraine’s economy. Both rely heavily on efficient infrastructure to bring commodities like grain, iron ore, and steel to consumers inside the country and to ports for export. The country’s growing infrastructure bottlenecks became more evident last year, as a bumper crop of grain coupled with a decline in world prices meant increased transportation needs to secure agriculture revenue. Because of a constant shortage of railroad cars and limitations on heavyweight trucking over Ukraine’s roads, farmers faced losses struggling to move crops to ports for exports from overloaded silos. Ukraine’s railways, roads, and ports all require serious investment and reforms.
Unlike in Europe, where three-quarters of freight transportation is done over roads, 80 percent of cargo transportation in Ukraine occurs on railways, and they have experienced a major strain. Ukraine’s state railway Ukrzaliznytsia (UZ) is a state-owned giant whose revenue exceeds three percent of the country’s GDP. The Polish-born CEO Wojciech Balczun has been attempting to transform UZ and eliminate corruption, but he is encountering fierce resistance from vested interests. Balczun was selected through a competitive, transparent process in April 2016 and has achieved some progress in reforming the company. UZ increased its procurement transparency by running tenders through the ProZorro electronic procurement system; it also introduced cost-saving measures in gasoline management and launched the first stage of an online system enabling exporters to track the availability of railroad cars, one of the most corrupt areas of operation. The decentralized, nontransparent, and unreliable system of railroad car allocation invited corruption and led to gross inefficiencies. However, the problem is not resolved. ProZorro does not apply to all procurement. A large amount of money is being stolen from UZ each year through overpriced purchases of diesel.

To alleviate the scarcity of railcars, UZ secured financing to purchase more railcars in 2017, in part with EBRD financing. Still, UZ came under fire: the company was not able to secure enough railcars to transport Ukraine’s 2016 bumper crop, and many farmers could not implement their contracts and faced fines. This and opposition from vested interests put Balczun at the center of media attacks earlier this year. It took a statement of unequivocal support by Prime Minister Volodymyr Groisman, as well as a Cabinet of Ministers’ decision to resubordinate UZ from the Infrastructure Ministry, to prevent a full-fledged administrative crisis.

Ukraine’s crumbling roads are unable to provide an alternative to railways; they require sizeable reconstruction investment, as well as governance reforms to limit corruption in the sector. In November 2016, the Rada adopted a package of documents that laid the groundwork for reform; they included the creation of the Road Fund, a specialized funding vehicle for road maintenance, and outlined the decentralization of the national road network’s administration. However, decentralization reform is not scheduled to start until fall 2017, and the Road Fund will not be introduced until 2018. Other important reforms, like eliminating conflicts of interest in road repairs by clearly separating the roles of contractor, customer, and controller are lagging behind. Slow progress in these reforms was cited as one of the factors that caused the World Bank to postpone its $200 million loan to Ukraine’s road administration company UkrAvtodor.

Successful cooperation with private investors was enabled through the significant deregulation of administrative procedures in 2015: the number of inspections were limited, electronic document turnover was introduced, and operators were ensured equal access to moorage. Observers cite the port of Mykolaiv as a place where the port authorities embraced deregulation early on, quickly making it one of the leading ports in Ukraine by freight volume.

The development of ports is constrained by slow progress in port administration reform, however. The overlapping and nontransparent distribution of authority among state entities at ports often leads to conflicts among port operators and provides opportunity for corruption. The scandal around the October 2016 tender for dredging works at the port of Yuzhny highlighted the problem of corruption: tender conditions were seen as tailored to benefit one company. An investigation by the Infrastructure Ministry and Antimonopoly Committee, performed at the request of the tender participants, revealed violations of the procurement legislation, and Groisman instructed the port of Yuzhny to relaunch the tender and use the ProZorro system.

Ukraine’s infrastructure must develop if it is to stop throttling economic activity. The efficient operation of Ukraine’s rails, roads, and ports is crucial to improving the country’s competitiveness and securing its economic growth; its successful transformation will allow Ukraine to unlock its potential as a transit hub by developing transport corridors between Europe and Asia. With attention and effort, it can become one of the economy’s driving forces.

Image: A truck drives towards a pothole along a road near Kyiv May 17, 2013. REUTERS/Sergii Polezhaka