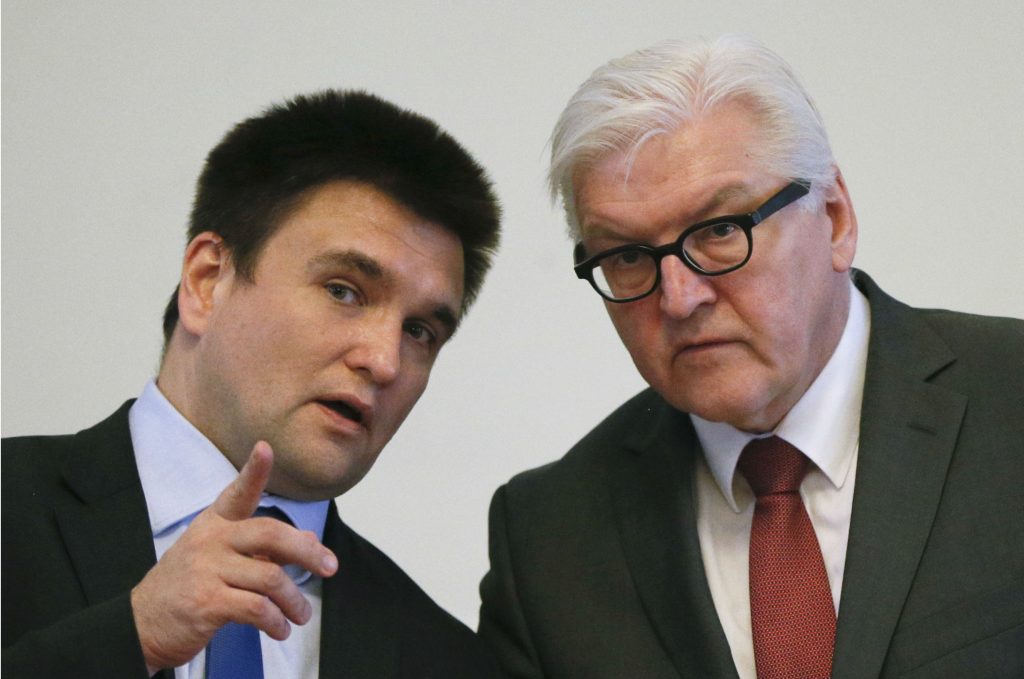 At the informal ministerial meeting of the Eastern Partnership in Kyiv on July 11-12, Ukraine’s Foreign Minister Pavlo Klimkin proposed that the six members of the Eastern Partnership (Armenia, Azerbaijan, Belarus, Georgia, Moldova, and Ukraine) form a single economic space or free trade area. This is implausible. Ukraine does need to open its economy to foreign trade to develop economically and combat corruption, but the question is how.

Ukraine’s most important trade agreement is its association agreement with the European Union, which includes a Deep and Comprehensive Free Trade Area (DCFTA). Both the Ukrainian and European parliaments ratified it on September 16, 2014, but the EU had already unilaterally adopted autonomous trade preferences, granting Ukrainian producers access to the EU market without customs tariffs as early as April 2014. As a result, the average EU import tariff for Ukrainian goods declined from 4.5 percent to 0.9 percent.

Even so, Ukraine’s exports to the EU plummeted by 23 percent in 2015, from $17 billion in 2014 to $13 billion. How was that possible? The German Advisory Group in Ukraine explained most of the decline by falling global commodity prices; in real terms, the exports contracted by 2 percent.

The other explanation is that Ukraine mainly exports commodities—agricultural goods and steel—to the EU, and its thirty-six main export items are subject to tiny import quotas on the European market. For major Ukraine export merchandise such as chicken meat and eggs, these quotas comprise only 1 percent of Ukrainian production.

Ukraine’s main ambition in trade policy should be to expand its exports to the EU. The best way is to attract foreign investors to produce goods and services not subject to EU import quotas in Ukraine. Sensibly, Ukraine has acceded to the World Trade Organization (WTO) Agreement on Government Procurement, which is one way of opening the EU market. The Ukrainian government needs to focus on increasing the quotas; that process will be facilitated if the EU determines that Ukraine complies with its commitments and performs the main reforms inscribed in the DCFTA.

In order to do so, the Ukrainian government requires stronger policy coordination. Fortunately, the Ukrainian government formed in April 2016 includes a deputy prime minister for European Integration, Ivanna Klympush-Tsintsadze. Her office is the right place to pursue coordination of the implementation of European integration efforts. Through the association agreement, Ukraine has made several hundred commitments to reform in line with the EU acquis communautaire. These reforms amount to a modernization and internationalization of Ukraine’s legislation and institutions.

A new Eastern Partnership Free Trade Agreement, with Armenia, Azerbaijan, Belarus, Georgia, Moldova and Ukraine, could not possibly work. To begin with, Azerbaijan and Belarus are not even members of the WTO, and they are not likely to join for many years. Second, Armenia and Azerbaijan are at war with one another. Third, Armenia and Belarus are members of Russia’s Eurasian Economic Union, and Russia would not allow them to join. That leaves three countries that are members of the WTO and have association agreements with the EU, namely Georgia, Moldova, and Ukraine.

Among them, Moldova is already a member of the Central European Free Trade Agreement (CEFTA), which was founded in 1992 by Poland, Czechoslovakia, and Hungary. CEFTA has functioned as an antechamber for EU membership. As countries have joined the EU, they have departed from CEFTA, while other countries with the ambition to join the EU have acceded to CEFTA. Belonging to CEFTA requires membership in the WTO, an association agreement with the EU, and a free trade agreement with the current CEFTA members.

At present, CEFTA has seven members: Albania, Bosnia-Herzegovina, Kosovo, Macedonia, Moldova, Montenegro, and Serbia, all of whom joined in 2006-07. Its headquarters are located in Brussels. Apart from preparing member countries for EU accession, it facilitates trade among them. Instead of considering setting up a new Eastern Partnership Free Trade Agreement, Ukraine and Georgia should follow Moldova and join CEFTA.

However desirable trade with Russia may be, the Kremlin is not likely to allow any mutually beneficial trade, and that goal should be left for the future. Ukraine’s free trade agreement with Canada is a nice political gesture, but it is unlikely to have much real impact because Canada is far away, and agricultural goods were excluded from that agreement. Trade policy is important for Ukraine because exports always lead an economic takeoff, and it must be handled rationally.