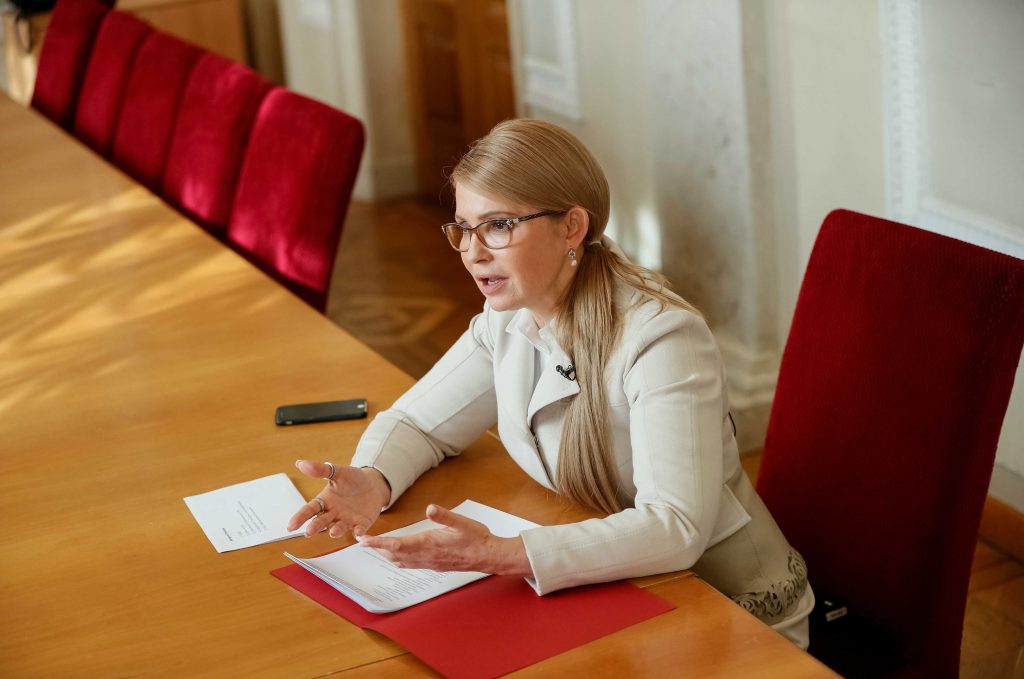 Out of forty-two candidates who are running for president in the Ukrainian elections on March 31, only eleven support NATO and EU membership. This represents a lower proportion of supporters than the over 300 deputies who voted on three occasions to change the constitution to include those two goals. Batkivshchina (Fatherland) party and the Radical party voted for those constitutional changes, but neither Yulia Tymoshenko nor Oleh Lyashko—who lead these parties, respectively—include NATO and the EU in their election programs.

A high proportion of the candidates are using the presidential election to obtain name recognition ahead of the October parliamentary elections and some act as technical candidates to take votes away from others. The lack of support for EU and NATO membership among the 44 candidates is a product of two factors. The first is Batkivshchina and the Radical Party have always held contradictory positions; on the one hand, they support constitutional changes while over the last five years they have provided half-hearted support for reforms and espoused the same anti-IMF rhetoric as the pro-Russian Opposition Bloc. The second is by not including NATO and EU membership goals, these “opposition” candidates seek to distance themselves from incumbent Petro Poroshenko. Both of these factors are perplexing when one considers that polls show that a majority of Ukrainians support EU and even NATO membership.

Of those eleven candidates, President Petro Poroshenko is the most unequivocal in giving his support to NATO and EU membership. Lviv Mayor Andriy Sadovyi firmly supported both but he pulled out of the elections on March 1 and threw his support to former Defense Minister and Civic Initiatives Party leader Anatoliy Hrytsenko, thereby reducing the number of candidates who have NATO and EU membership in their programs.

Poroshenko has mentioned NATO six times, and the EU seven times, when discussing the strategic objectives of Ukraine’s foreign and security policy. Poroshenko’s election program states unequivocally, “Our aim is membership of the EU and NATO. Only full and equal membership of the European Union and North Atlantic Treaty Organization finally, definitively, and irrevocably guarantees our Ukrainian state independence and our Ukrainian national security.” Poroshenko has promised that if he is re-elected, he will apply for membership in the EU in 2023 and begin to implement the NATO Membership Action Plan (MAP).

Ruslan Koshulynsky, the candidate of the Svoboda (Freedom) party and nationalist forces, supports NATO and EU membership. Koshulynsky is one of the small number of nationalists in Europe who support these goals, as most nationalist-populist parties in Europe are anti-EU and pro-Russian.

Tymoshenko only mentions NATO once, within the context of modernizing Ukraine’s army. There is nothing new there, as NATO has been cooperating with, training, and supporting Ukraine’s military since the Charter on Distinctive Partnership was signed in 1997. Her Batkivshchina party is a member of the center-right European People’s Party, and Ukraine has signed an Association Agreement and has a visa-free regime with the EU. Nevertheless, Tymoshenko’s election program strangely does not once mention the EU.

Former Defense Minister Hrytsenko is another surprise, as his campaign also fails to mention NATO or the EU even once in his program. Pro-Western candidates Roman Besmertnyy and Olha Bohomolets also include nothing in their election programs about NATO and EU membership.

Front-runner Volodymyr Zelenskiy provides a confusing list of priorities. While ignoring the EU, his election program states, “The movement of Ukraine to NATO and other security associations is a guarantee of our security, which I believe in and which should receive confirmation through an all-Ukrainian referendum.” The only other “security association” besides NATO is the Russian-led Collective Security Treaty Organization (also known as the Tashkent Treaty). Even pro-Russian President Viktor Yanukovych did not support Ukraine’s integration into the Tashkent Treaty; if this is what Zelenskiy means, he would be the first Ukrainian politician to make such a statement. Zelenskiy is similar to Yanukovych in the 2010 elections when he supported Ukraine’s simultaneous membership in the EU and CIS Customs Union—which, like simultaneous membership in NATO and the Tashkent Treaty, is impossible.

Interestingly, these elections are the first in Ukraine where no candidate has supported any form of integration into Eurasia—for example, into Russian President Vladimir Putin’s Eurasian Economic Union (as the CIS Customs Union was renamed in 2015). With Russia waging war against Ukraine, it would not bring voter support. Support for Eurasian integration has dropped from 30 percent in 2012 to 11 percent today. Three candidates from the former Opposition Bloc—Yuriy Boyko, Oleksandr Vilkul, and Yevgeny Murayev—support the discredited non-bloc status within NATO, which is what Ukraine had in 2014, but which did not stop Russia’s annexation of Crimea or its invasion of eastern Ukraine.

Populism dominates the majority of the 44 candidates, including their foreign policies, because rather than prioritizing the country’s national interest of joining the EU and NATO, they seek to win votes by campaigning in “opposition” to Poroshenko. Campaign priorities should mean something in a democracy and in that sense only Poroshenko and a few others have provided a clear-cut vision for Ukraine in the next five years—one that includes leaving the Russian world and joining the transatlantic community of democracies.

Taras Kuzio is a non-resident fellow at the Foreign Policy Institute at Johns Hopkins-SAIS and a professor at the National University of Kyiv Mohyla Academy. He is also author of Putin’s War Against Ukraine and co-author of The Sources of Russia’s Great Power Politics: Ukraine and the Challenge to the European Order.