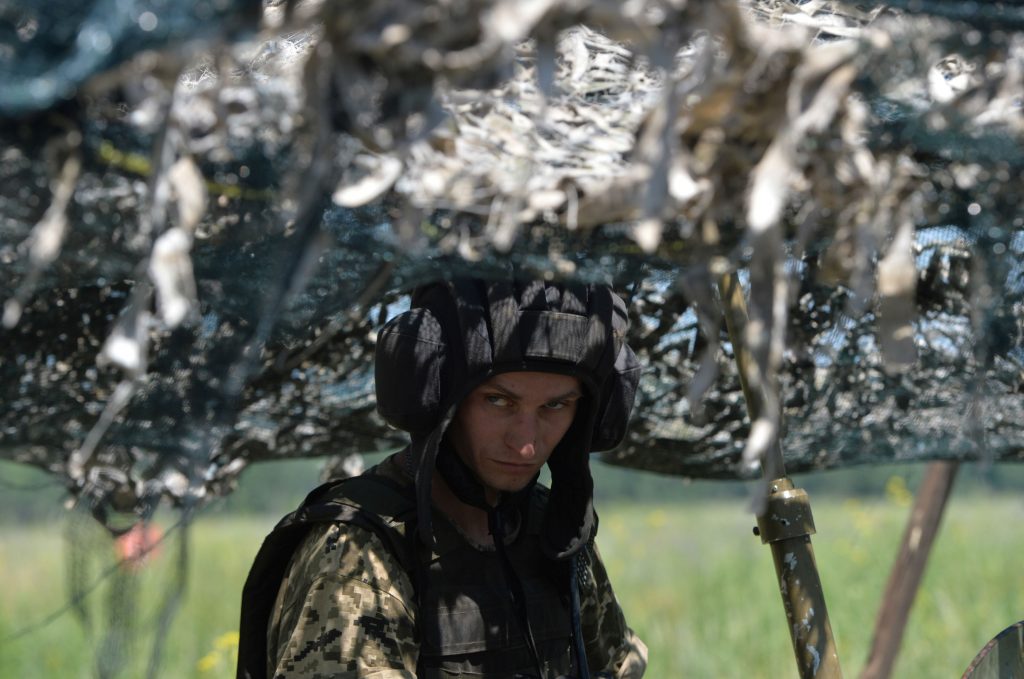 The war in eastern Ukraine grinds on, forgotten by many. There’s no obvious way out. The ceasefire agreements have been continuously broken, high-level dialogue between Russia and the United States stopped months ago, and the unarmed OSCE monitors in conflict zone are continuously harassed. Some analysts suspect that Moscow is waiting until March when Ukraine holds its presidential election. The Kremlin wants to see who the next president will be before taking any new steps, and time is on Russia’s side.

But time is not on Ukraine’s or the European Union’s side. The Donbas conflict should be understood anew, approached differently, engaged with directly, and solved sustainably. It should start with clearer communication of the EU’s stake in the crisis. Tighter economic and individual sanctions should be accompanied with positive offers to change Moscow’s behavior. For a transition period, the Donbas should be put under the control of an international administration and UN peacekeeping forces. Finally, Ukraine and the West need to find a way to secure control over a reintegrated Donbas while formally implementing the Minsk Agreements.

Phase One: Re-Imagining the Stakes

Today’s confrontation in the Donbas is often compared to the frozen conflicts in Azerbaijan, Georgia, and Moldova, and this is false. A communications campaign needs to correct this misperception; the Donbas war is a hot conflict that challenges Europe’s security as long as one of the largest European states remains on the brink of collapse.

The reasons for this risk are neither domestic political tensions nor Ukraine’s grave economic difficulties. Ukraine experienced massive upheaval at least four times since independence, yet none seriously endangered the integrity of the nation. Ukraine’s economic situation throughout the 1990s and 2008-2010 was difficult, but neither downturn threatened European security.

The West’s large-scale financial help for Ukraine is sometimes misconceived as a major instrument to solve the crisis. Western help for Ukraine should continue, but it’s no substitute for actually solving the Donbas conflict.

Moscow’s shrewd combination of crude military and non-military methods is meant to subvert Ukraine as a socio-political community. The Kremlin’s premier instrument for achieving this aim is to keep the Donbas as an open bleeding wound that will eventually cause Ukraine to implode. A seemingly domestic Ukrainian collapse can then be used by the Kremlin to demonstrate to Russians the impotence of European integration and foolishness of post-Soviet democratization.

While this is a rational strategy in terms of short-term Russian regime stability, it is a hazardous enterprise. Western opinion shapers need to better communicate why and how Ukraine’s possible future collapse entails transnational risks. For instance, millions of Ukrainian refugees would flow into the EU. In a worst-case scenario, if Europe’s largest nuclear power plant in Zaporizhia were to malfunction (it’s less than 300 miles away from the war zone), this could have repercussions worse than Chernobyl.

A new understanding of the Donbas war should lead the EU to prioritize this conflict.

Sanctions on Russia are not trivial but they are wrongly apportioned. According to Moscow’s Skolkovo School of Management, EU sanctions “are capable of jeopardizing Russia’s production of gas and, particularly, oil in the future.” The West hopes that future income losses for the Russian state will lead the Kremlin to modify its policies toward Ukraine today. Yet Moscow’s logic may be different. If the Ukrainian state were to collapse as a result of Russia’s successful hybrid war, that would compensate for declining future energy exports.

To counteract this scenario, the West should develop a tougher combination of carrots and sticks.

First, sanctions need to generate earlier effects. Russian access to Western financial markets should be further reduced, and the Nord Stream II pipeline should be frozen.

Third, a forward-looking vision for improved Russian-Western relations should be communicated throughout Russia. The West could offer a less aggressive Moscow joint energy projects or a free-trade zone between the Eurasian and European unions. Western rewards to Russia for even more comprehensive solutions to all disputed conflicts in the former Soviet Union could comprise an Association Agreement (including a Deep and Comprehensive Free Trade Area) with the EU, visa-free regime with the Schengen Zone, and a Membership Action Plan with NATO. Think tanks and NGOs should communicate such ideas, and as they become widely known, national governments and international organizations could voice such proposals in meetings with Russian governmental and non-governmental actors. The offers should be made officially, explicitly, and repeatedly to feed societal pressure for a change in Russia’s foreign policy.

Once Moscow takes a more compromising position, the real work can begin. Western experts, diplomats, and politicians should explore future financing, the mandate, and the shape of an international peacebuilding operation across the Donbas. A temporary third-party intervention would provide a transition between Moscow’s crypto-occupation and the territories’ subsequent return to Kyiv’s control. A UN mission with up to 30,000 peacekeepers could serve the Kremlin as a face-saving mechanism.

Restoring Ukrainian control over the Donbas means putting the political provisions of the Minsk Agreements into place, which will not be easy.

The Minsk Agreements include a number of provisions intended by the Kremlin to infringe upon Ukraine’s sovereignty. Moscow supports the Donbas’s official autonomy in order to increase its own unofficial influence there.

Today Ukraine’s major stakeholders reject the political parts of the Minsk Agreements. Western and Ukrainian politicians, diplomats, and experts need to find a way out. A possible solution could be a joint Ukrainian-Western reinterpretation of the Minsk Agreements. A new reading of Minsk II’s call for a “special status” of the Donbas could, for instance, mean stronger control over the occupied territories by Kyiv.

Ukrainian and Western diplomats should turn the text on its head while formally fulfilling its prescriptions. A future Ukrainian law on the Donbas could proclaim a transitory “special status” for the occupied territories by, for example, temporarily increasing the power of the future Luhansk and Donetsk oblasts prefects. While these prefects had been originally designed to fulfill supervisory functions in a decentralized Ukraine, their prerogatives could for the Donbas be extended to that of provisional presidential governors within the framework of an interim regime for this region. The National Guard—not mentioned in the Minsk Agreements—could in a future Donbas law be temporarily granted additional rights and obligations in the occupied territories. Similar provisions could be included in a future law to make constitutional reform that includes a “special status” provision for the Donbas acceptable to the Verkhovna Rada.

This four-stage plan will hardly please the Kremlin. But, if implemented consistently, Moscow might have no choice but to go along with it. Tightening Western sanctions will eventually lead Putin’s entourage to assent to an international administration of the Donbas as the least embarrassing way out. Once UN troops have arrived, Kyiv could start gradually implementing a reintegration plan that does not violate the Minsk Agreements, yet still reestablishes proper Ukrainian control over the Donbas. Only this result will constitute a sustainable solution to the conflict.

Andreas Umland is a senior fellow at the Institute for Euro-Atlantic Cooperation in Kyiv, and editor of the ibidem Press book series “Soviet and Post-Soviet Politics and Society.”

Image: A Ukrainian serviceman is seen at his position on the front line near the village of Novotoshkivske, Ukraine June 18, 2018. REUTERS/Oleksandr Klymenko