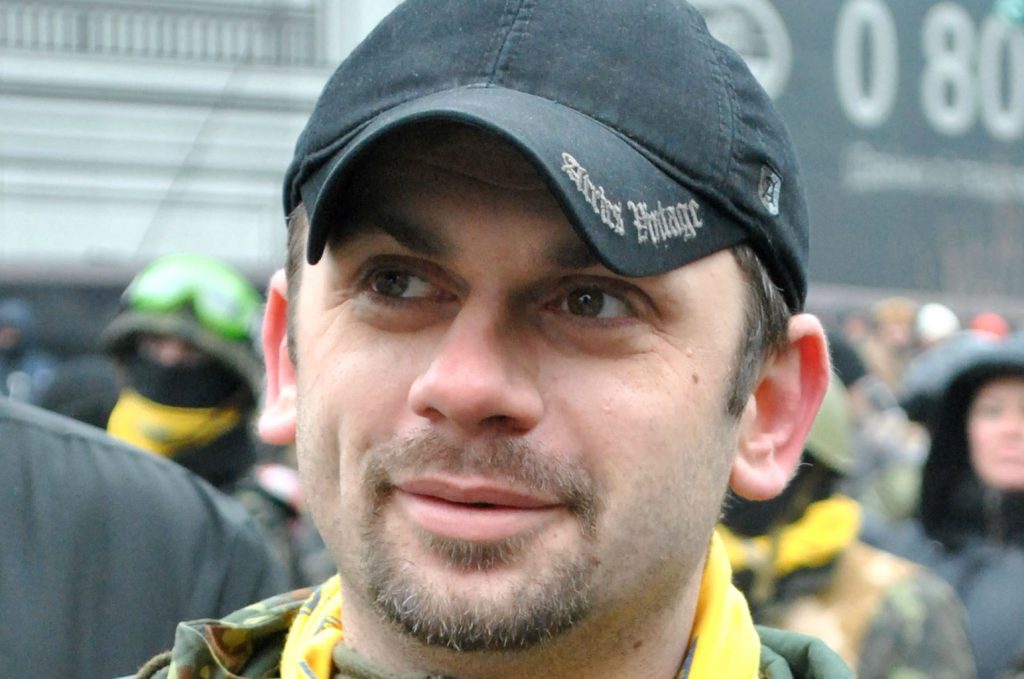 Deposed President Viktor Yanukovych and the Kremlin continue to create mayhem inside Ukraine but have lost the hearts and minds of most Ukrainians, said security expert Andriy Levus.

“Confiscation of assets in the Donbas finances the military war for Yanukovych and Russia, and it’s a cover for smuggling, but only for another year or so,” said Levus in an interview in Canada. Their information war, however, is insidious and longer term.

Levus is a member of Ukraine’s parliament and helped found a civil society group called Free People who were active during the Revolution of Dignity. He organized the security force that protected protesters in 2013 and 2014, then served briefly as deputy chief of Ukraine’s secret police where he learned about Russia’s covert activities. He also fought in the war then won election. He is now chairman of the parliamentary committee on national security and defense.

He believes Russia’s dirty tricks inside Ukraine will escalate, but also believes that a critical mass support protection of the Ukrainian language and culture, becoming European, and recognizing Russia as an aggressor.

“You have a huge constituency directly engaged in resisting and winning the war. About 100,000 Ukrainians are veterans of the war, as soldiers, logistical suppliers, families, volunteers then there are internally displaced persons and members of revolutionary parties,” he said. “Roughly 30 percent of members of parliament are ‘reform’ people, who may have tactical differences but strategically they act as one body when it comes to the nation-state and security.”

But the run-up to the 2019 elections will be troublesome. Russian meddling in Ukraine’s political system is growing. “I see a heightened crisis in Ukraine because [Poroshenko] has decided to take on [Dmytro] Firtash,” he said. Firtash has worked closely with the Kremlin. “There is a serious criminal investigation [into Firtash] by the general prosecutor. And [Firtash] is funneling serious money to political rivals to undermine Poroshenko.”

Firtash made billions for himself, and for Russian and Ukrainian oligarchs and officials, by controlling the sales of Russian energy through Ukraine. He left Ukraine after the Maidan and lives in Vienna where he has been fighting extradition to the United States on charges of corruption as well as extradition to Spain on charges of money laundering.

Levus said that Russia continues to ship saboteurs and trouble into Ukraine.

“Two months ago, for example, legal documents showed that dozens of diversionary provocateurs were injected into Ukraine by Russian operations in Russia,” he said. “The SBU has identified a center in Kharkiv, an internet storefront, that plans and finances Russian activities.”

For instance, Russian-sponsored gangs “vandalize Polish or Hungarian monuments” so that Ukrainians are blamed or they, alternatively, “vandalize Ukrainian monuments” so that Poles are blamed. They also damage synagogues, pit groups against one another, and recently defaced a poster of Pope John Paul II with “anti-Polish slogans.” Vandals arrested have often been directly linked to parties or companies still controlled by Yanukovych, he said.

This is an extension of the Kremlin’s 2014 strategy designed to reverse the Revolution of Dignity and prevent it from spreading. “Moscow wants to create a neo-Russian republic in eastern and southern Ukraine as a ‘[blockage] to the Maidan,” he said.

The military war is a “defensive war” for Russia because “a successful post-revolutionary Ukraine would lead to the collapse of the Russian project.” But the information war is aimed at spreading dissatisfaction with whoever is in charge in Kyiv. Protests are populated by Russian operatives and political opportunists in order to give the appearance of unrest as well as to attract the cameras and foment dissatisfaction and violence.

The two Russian-language social media outlets recently shut down should have been closed years ago, he said. But traditional sites and other techniques are problematic as well.

“Social networks gather data on every Ukrainian, and allow the Russians to hand select sympathizers, based on their posts and information, to participate in groups in order to win the hearts and minds of other users,” he said. “These people become unwitting accomplices. They are approached by businessmen with financial help and Russian-controlled media to become better known. These are marginal activists who don’t know they’re Russian puppets.”

Ukraine’s traditional media, with few exceptions, is no better and controlled by Russians or oligarchs who censure reformers and spread propaganda and disinformation.

“The largest Ukrainian station is Inter TV, controlled by Firtash who is controlled by the Russians,” he said. “There are four more mid-level television or media companies controlled directly or controlled by oligarchs associated with Yanukovych and Russia.”

Does this mean the Russians are winning the information war in Ukraine?

“In the context of creating political crises, yes, they are winning,” he said. “But in terms of Russian values they are not winning.”

“Am I optimistic? No. I’m a realist,” he said. “We must engage in grey areas with dark people. I’m a soldier, not a politician, but this is what I must do. We want a new election law, anticorruption court, new constitution, and media reform.”