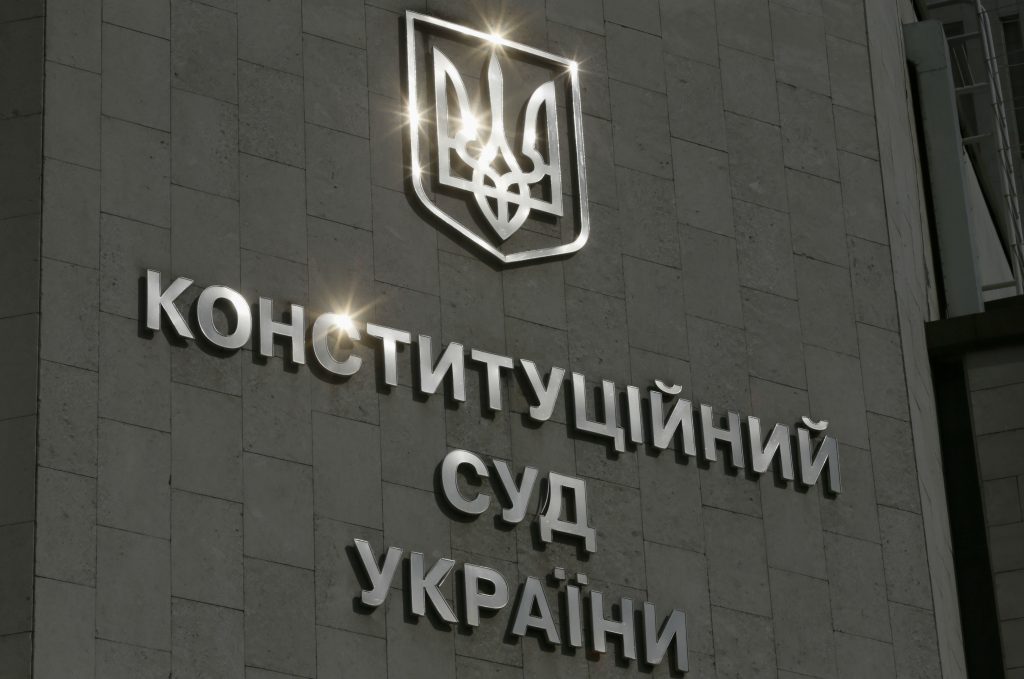 In late February, the Constitutional Court of Ukraine declared the criminal code’s article criminalizing illicit enrichment unconstitutional. The response among activists, independent media, and Western embassies was unanimous: the decision was a massive step back for Ukraine. It undid the small but real progress that the country had made toward prosecuting corrupt officials.

In Romania, individuals who are suspected of illicit enrichment are subject to disciplinary, civil, and tax liabilities if they cannot explain the legality of acquired assets, or the source of funds in their possession for some major expenses. Guilty parties lose their jobs due to the loss of their credibility and trust, need to pay additional tax bills, and lose title to disputed assets that are being seized in civil court.

That approach has several advantages.

Second, disciplinary cases are faster since they are heard and tried under simplified procedural rules. People under investigation are removed from office and their assets of dubious origin are seized within months, not years. People see results, if not as spectacular as on-camera arrests but real (because on-camera arrest is usually followed by off-camera acquittal) and quickly achieved.

Third, unscrupulous bureaucrats oppose investigation less fiercely since they retain their freedom but lose only their jobs and property. If the stakes are too high, people will be likely to invest all of their available resources obstructing justice. We should not overestimate the capacity of our law enforcement and judiciary to resist this pressure. The resistance of influential and powerful suspects has always been a challenge for a successful investigation of white-collar crime. Countries with weak and immature judiciary and law enforcement, such as Ukraine, have traditionally had the poorest record in fighting this type of crime. Societies that failed to build efficient law enforcement systems have no choice but to accept a tough compromise of having modest but real results through civil sanctions as opposed to having no results at all by pursuing penal sanctions, which are tough on paper but unachievable in practice.

Illicit enrichment is not criminalized in most European countries, except in Lithuania and North Macedonia. Instructive for Ukraine could be the example of Romania, a country which, despite some recent setbacks, has received international acclaim for its achievements in fighting corruption. In Romania, illicit enrichment was considered a crime until 2010. Following the similar ruling of the Constitutional Court that year, Romania adopted a disciplinary and civil law liability approach which has shown remarkable results ever since. Just like their Ukrainian colleagues, Romanian judges found that criminalization of illicit enrichment was incompatible with the constitutional principle of presumption of innocence.

Ukraine, like many other countries, ratified the UN Convention against Corruption. Article 20 of the convention imposes an obligation on states to ensure that illicit enrichment is treated as a criminal offense but only to the extent that this is allowed by constitutional principles of the state in question. Reference to “constitutional principles” was included in recognition of the fact that many states guarantee a presumption of innocence at the constitutional level. Some countries (for example, Canada) even made reservations to Article 20, citing the fact that it contradicted their constitutions.

Ukraine ratified the UN Convention without reservations although its Constitution protects the presumption of innocence. Like some others, Ukraine left it to the Constitutional Court to test the constitutionality of Article 20.

On February 26, Ukrainian judges did not muster enough courage to adopt the innovative interpretative legal techniques that their colleagues in Lithuania had applied. It is fashionable to question the constitutional judges’ integrity and good faith in reaching the decision that they did. But, truth be told, the outcome was rather predictable. One can hardly blame the judges for adopting the same conservative interpretation of the law which prevails in most of Europe.

Today, many argue that the botched criminalization which met its predictable demise in the Constitutional Court was a conscious maneouver to ensure amnesty for the right people. Irrespective of whether there has been such a subtle chess game at play, or whether the slipshod criminalization was done based on the best of intentions, the result is the exact opposite of what society had been expecting: now everybody prosecuted under a hastily adopted unconstitutional law is not only free but also likely safe from any new legal challenge.

The danger ahead lies in the fact that we have not drawn the right lessons from this fiasco and will likely repeat the same mistakes. There is a remedy. Politicians ought to be sincere with their voters, and voters need to rationally assess Ukraine’s capabilities without any euphoria. They should avoid placing wildly-inflated expectations on the country’s investigators, prosecutors, and judges.

Leonid Antonenko is an attorney in private practice in Kyiv, Ukraine, and a member of the Kyiv City Council.

Editor’s Note: This article is second in a series looking at the Constitutional Court of Ukraine’s decision to nullify illicit enrichment. A contrasting view by Oleksandra Drik can be found here.

Image: The coat of arms of Ukraine is pictured on a building of the Ukrainian Constitutional Court in central Kyiv, Ukraine, March 10, 2016. REUTERS/Valentyn Ogirenko