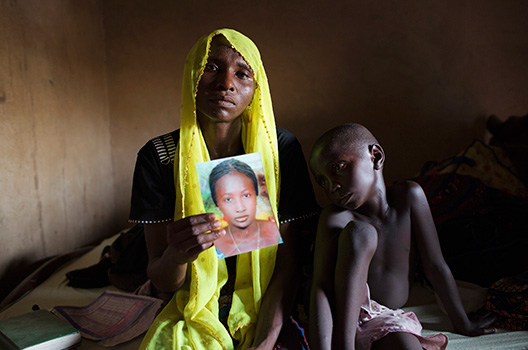 Yesterday marked one hundred days since the kidnapping of over 200 Nigerian schoolgirls and international awareness of the long-in-progress Boko Haram terror campaign.

Understanding Boko Haram’s recent evolution is critical to predicting its trajectory and to formulating a response that will be relevant, realistic, sustainable, and strategic, rather than ineffectual and, at worst, counterproductive.

The past two years have witnessed significant milestones in the Boko Haram’s evolution. The takeover of northern Mali by various al-Qaeda in the Islamic Maghreb (AQIM)-linked Islamist militant groups at the end of March 2012, for example, provided a whole new set of opportunities for the group. In fact, evidence has emerged that during the nearly ten months in which AQIM and its various allies held sway over northern Mali, Boko Haram set up a number of bases in the territory where hundreds of its recruits received training that subsequently raised the tactical sophistication and operational tempo of Boko Haram’s attacks in Nigeria, elevating the group to the level of a full-fledged insurgency.

After the French-led intervention in Mali, the Nigerian militants returned to Nigeria not only with training and some combat experience in desert warfare, but also vehicles and heavy weapons. Within weeks, Boko Haram fighters were raiding military barracks for even more weapons, staging increasingly bold prison breaks, destroying numerous schools, hospitals, and other government buildings, engaging the Nigerian military in pitched open battles, and, in some cases, totally overrunning border towns. By the middle of 2013, the militants had effectively evicted Nigerian government troops and officials from at least ten local government areas along the borders of Niger, Chad, and Cameroon—an area roughly the size of the US state of Maryland—and set themselves up as the de facto authority in the region, taxing and ordering citizens about with impunity. Last weekend, according to reports, which Nigerian nongovernmental organizations have vouched for, Boko Haram apparently extended its reach even further, seizing control of a strategic town, Damboa, Borno State, and the surrounding local government area, causing more than 15,000 people to flee before the onslaught.

The influence of Boko Haram’s foreign contacts, especially AQIM, has also been witnessed in the proliferation of kidnappings-for-ransom in Nigeria—the abductions have become AQIM’s almost signature tactic in recent years. The catalogue of kidnapping victims over the last eighteen months have come to include not only the schoolgirls from Chibok, but, previously, a French family of seven, subsequently freed after the payment of a ransom reported to be $3 million and the release from Cameroonian prisons of some 16 Boko Haram members; a French priest, two Italian priests, and a Canadian nun, all of whom have likewise been freed; and, more recently, ten Chinese citizens abducted in May from a worksite in northern Cameroon and who are still missing.

Kidnapping for ransom—not only of higher-profile foreign nationals, but of hundreds, if not thousands, of Nigerians whose families have had to offer more modest payments, with most reported to be in the order of $10,000 to $20,000, although more than $250,000 has been paid for more prominent abductees—represent only a part of the funding stream for Boko Haram that appears to have become rather diversified.

It is estimated that Boko Haram’s violence has displaced more than 300,000 people and affected millions of others. In contrast to earlier periods, the group now appears capable and willing to exercise control over significant swathes of territory, metastasizing in the process into something closer to a classic guerrilla insurgency in geopolitical effect, if not in tactics or doctrine.

Moreover, two deadly blasts at the main Apapa port facility in Lagos on June 25, are increasingly appearing to be what Boko Haram leader Abubakar Shekau claimed them to be in a recently released video: the first successful attacks by the militants on Nigeria’s commercial center. Coupled with three recent bombings in the capital of Abuja, Boko Haram has clearly demonstrated an ability to strike far from its home base, although capacity to sustain a long-distance war is still doubtful.

Support for Boko Haram—whether proactive, tacit, or based on lack of enthusiasm for the government—among the communities of (predominantly Muslim) northern Nigeria, especially in the northeastern states, comes from a host of socioeconomic factors. The northeast, particularly Borno State, where the Boko Haram insurgency has its center, has consistently supported the political opposition to Nigeria’s ruling People’s Democratic Party since the restoration of constitutional rule in 1999. The sense of political and socioeconomic alienation has given Boko Haram’s message calling for a radical transformation of Nigerian society resonance in parts of the region, even if the tactics the group has adopted are repugnant to the overwhelming majority of the populace irrespective of ethnic identification or religious affiliation.

The government continues to work on a strategy necessary for successful counterinsurgency and significantly limit Boko Haram and offshoots’ activities. A complex web of political, economic, and social grievances have rendered significant segments of the population in northern Nigeria amenable to Boko Haram’s radical message. But, until the body politic and institutions of the region embrace and implement comprehensive counter violent extremism practices, it is probably inevitable that the tragedy of the Chibok schoolgirls will be attempted many times over.