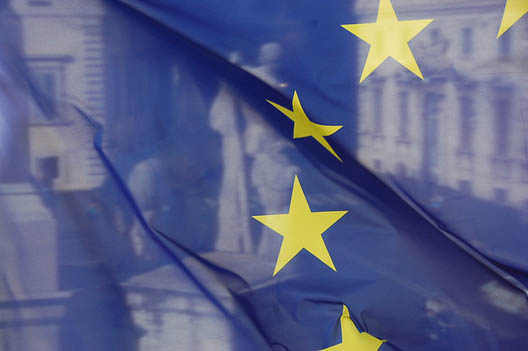 Europe has voted, and the future European Parliament (EP) undoubtedly reflects a new political landscape across the continent. But the impact will go far beyond the western shores of Ireland, France, Spain and Portugal. The trans-Atlantic relationship is also about to embark on new challenges to its unity.

The EP is an underrated institution. The Brussels-based body represents 500 million EU citizens and has wide-ranging legislative powers. More than 70 percent of all EU legislation is now shaped, debated and approved by the parliament before being implemented in the member states. The chamber is also involved in almost every aspect of the EU policy formulation. Free-trade agreements, regularly in recent European headlines, must, for example, receive parliamentary approval before coming into force. Whether European or American, policymakers need to heed the EP on almost any issue on the trans-Atlantic agenda.

With that in mind, last week’s vote still had positive aspects. Turnout was higher, albeit slightly, than that for the previous ballot in 2009. The new EP will also retain a solid core of the mainstream and pro-EU European People’s Party (EPP), which represents conservatives, and the Progressive Alliance of Socialists and Democrats (S&D), which represents the center-left. While this is critical, that’s just about it for the positives.

The real political tsunami comes from the landslide victories of fringe, Euroskeptical parties. In France, the UK and Denmark, the radical right won; in Greece the victor was the radical left. In many other countries, fringe parties emerged as forces that will be hard to ignore. Winners were France’s Front National, with 26 percent of that country’s vote, the United Kingdom Independence Party with 27 percent, the Danish People’s Party with 23 percent, and Greece’s Syriza with 26 percent. Responding to the surge of popular discontent, European heads of government meet today in Brussels to discuss the results and the nominating of the next European Commission president, who will lead the EU’s executive branch. The Lisbon Treaty states that the affiliation of the holder of that office should reflect the composition of the EP. Given the results, however, it is unclear if either of the expected nominees – the conservative Jean-Claude Juncker of the Social Democrat Martin Schulz – will get the nod. That, however, has not prevented the typical horse-trading for high-level European Commission positions from starting. The focus of that chess game is to create an equilibrium among Brussels’ major institutions – the EP, the Commission and the European Council – and its highest officials, not least the Council president and the EU’s “foreign minister”, the High Representative for Foreign Affairs and Security Policy.

Other outcomes are less opaque, and they include two changes the US will face in its dealings with the Europeans:

1. The strong showing of the right wing will complicate maintaining Western unity towards Russia. The fringe right (and left, for that matter) may lack a clear foreign- and security-policy agenda, but it is united in its resentment of the US. Some of them see Washington as a bullying big brother who imposes his position on Europe. This fits nicely into the narrative that the individual European states need to take back control of their political affairs, including their foreign policy. Russia is seen as a strong counterweight to the US, and President Vladimir Putin is perceived as a decisive and strong nationalist deserving of emulation.

The current EP has supported the sanctions regime against Russia and recently passed a resolution supporting new measures, if needed. Should that be the case, European leaders would be well advised to implement them before the new parliament meets in October. Incoming legislators will be less enamored of the policy. Marine Le Pen, the Front National leader, has, in fact, left no room for interpretation. In her view the sanctions regime has already started a “Cold War against Russia” that is not in Europe’s interest. With 140 of 751 seats in the new EP going to the right wing, a louder chorus of pro-Kremlin parliamentarians can be expected.

2. The election results are also likely to impact progress on a Transatlantic Trade an Investment Partnership (TTIP). EU-US negotiations to create the world’s largest free-trade zone began last summer, and the discussions have already hit multiple snags. An agreement faces huge criticism in Europe and particularly in the EU’s largest member state, Germany. There, the talks are seen as an American attempt to impose its perceived lower food-safety and data-privacy standards, among others, on Europe. Although German Chancellor Angela Merkel proposed a TTIP, any agreement is now represents a classic case of governments’ acting over the heads of their publics on issues that affect their daily lives.

The EP is already a strong watchdog of the European Commission, which has from the member states the mandate to negotiate a TTIP. But most of the fringe right, while not necessarily against free trade, does oppose negotiations on such a deal with the US. These parties could rally support to halt the talks on the basis that they violate national powers so important to the well-being of their citizens. The reaction among the mainstream conservative and social-democratic parties will be louder calls for greater transparency in the negotiations and greater dialogue about an agreement’s pros and cons. The end result will be slower progress on a deal. A comprehensive and ambitious TTIP is on its way to becoming a trans-Atlantic mirage of President Obama’s last term.

The European election results complicate any moves towards stronger alignment between Europe and the US on key issues. Instead, the potential to “disrupt and dismantle” – to invoke national-security terminology – may plague the trans-Atlantic agenda in the years to come. Washington is another victim of the vote.

Annette Heuser is executive director of the Washington, DC-based Bertelsmann Foundation and a member of the Board of Directors of the Atlantic Council.