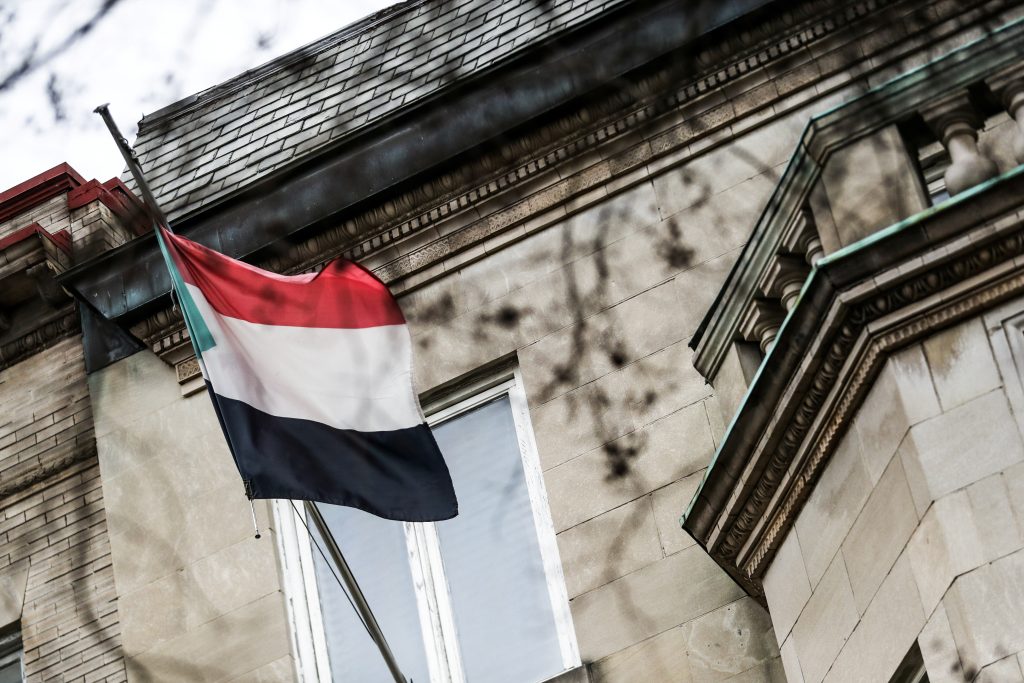 On Tuesday, September 1, the Africa Center hosted a private roundtable with newly-arrived Sudanese Ambassador to the United States H.E. Noureldin Satti. Appointed to his position in May, Satti is the first Sudanese ambassador formally accredited to Washington in twenty years.

The event served as an opportunity to introduce Ambassador Satti to Washington’s core community of Sudan watchers and to update him on the various ongoing efforts in Washington in support of a stronger bilateral relationship. The event was opened by veteran US diplomat and Atlantic Council Board Director Amb. Mary Carlin Yates and moderated by Africa Center Senior Fellow Mr. Cameron Hudson.

Participants, representing Congressional offices, think tanks, and not-for-profits, shared questions and insights on topics including US Secretary of State Pompeo’s visit to Khartoum, expectations surrounding normalization efforts with Israel, developments on the Sudanese peace process, and the status of settlements to compensate US victims of terrorism. Participants pledged continued support to the Ambassador and to maintain regular discussions under the auspices of the Atlantic Council.

On Tuesday, August 25, the Africa Center hosted a panel discussion on the status of and challenges to the peace process in Sudan. The panel featured General Abdelaziz al-Hilu, Chairman of the Sudan People’s Liberation Movement-North (SPLM-N); Dr. Gibril Ibrahim, Chairman of the Justice and Equality Movement; Dr. Elshafie Khidir, Sudanese political advisor and commentator; and Dr. Annette Weber, Senior Fellow at the German Institute for International and Security Affairs.

No aspect of US policy towards Sudan has garnered more scrutiny, from both inside and outside the country, than Sudan’s continued designation on the US State Sponsors of Terrorism list. But the issue itself—whether Sudan should remain on the list and what would be required to remove it—is vastly complicated.