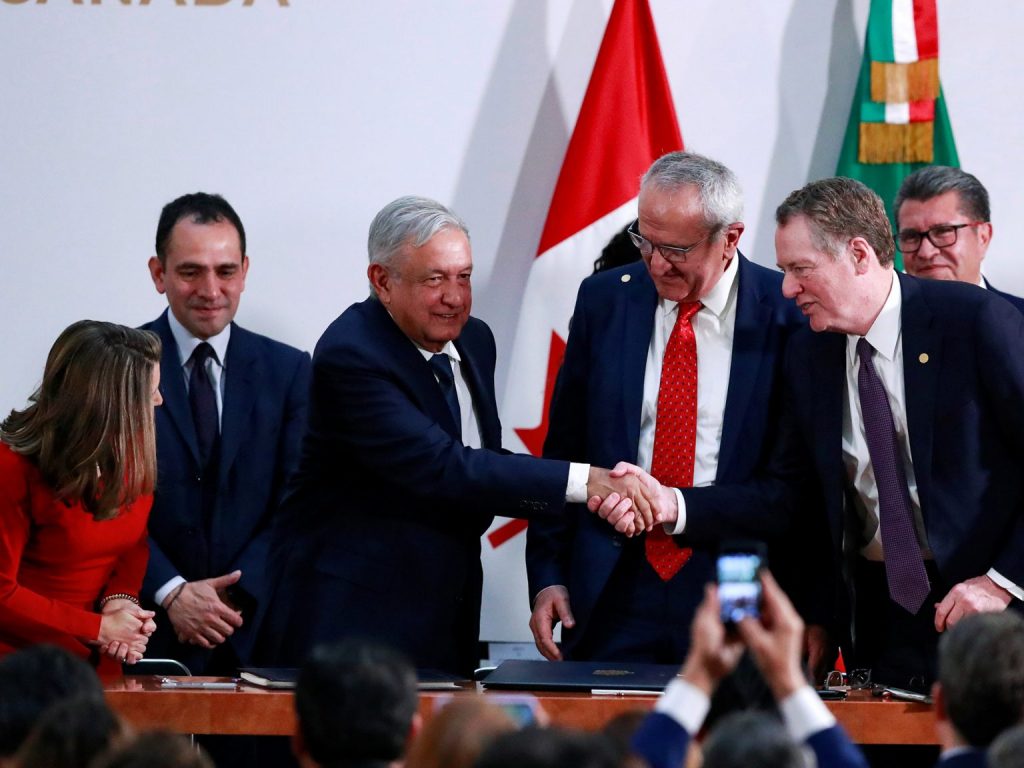 On December 12, 2019, the Adrienne Arsht Latin America Center and Baker McKenzie held a conference call to discuss the US-Mexico-Canada Agreement (USMCA). Two days earlier, on December 10, Congress, the Trump administration, and the Mexican government struck a deal on the USMCA modifications needed to proceed with the agreement’s ratification in the United States.

The speakers included Peter MacKay, a partner at Baker McKenzie who served as Canada’s minister of justice and attorney general, minister of national defense, and minister of foreign affairs, as well as member of parliament (1997-2015); Antonio Ortiz-Mena, vice president at Albright Stonebridge Group and former head of economic affairs at the embassy of Mexico in the United States; and Sabrina Rodríguez, trade reporter at POLITICO. Jason Marczak, director of the Adrienne Arsht Latin America Center at the Atlantic Council, moderated the conversation.

Sabrina Rodríguez began the call by highlighting the importance of the deal, recalling the many months of work that went into it, and the endorsement from critical groups such as the American Federation of Labor and Congress of Industrial Organizations (AFL-CIO). When asked about the road ahead for the USMCA’s ratification in the United States, Rodríguez mentioned that if everything remains constant, the USMCA will get to the House floor by December 19.

Ortiz-Mena explained that in Mexico, the Senate needed to approve changes made to the USMCA, which were unanimously approved on December 12. He stated that such approval was not a concern, since it was a straightforward political process. He also added that Mexico benefits from labor regulations, given that improving labor conditions is a priority for Mexico’s government. However, Ortiz-Mena warned that, because the devil is in the details, it will be important for the Senate to carefully examine the implementation bill to ensure that it does not affect prior commitments between the three countries.

According to MacKay, Canadians may feel that they made concessions to reach an agreement with their neighbors. However, they can celebrate the security that comes with signing a new deal and having a modernized agreement to replace the North American Free Trade Agreement (NAFTA). Canada will wait until its southern neighbors ratify before they approve it in parliament. They may hold off on ratification until January.

Asked about the support of interest groups such as the American Federation of Labor and Congress of Industrial Organizations (AFL-CIO), Rodríguez noted that it is the first time the organization has supported a deal since 2001. However, certain labor unions, such as the International Association of Machinists, are still opposed to it.

By the end of the conference, MacKay added that based on his experience as attorney general, it may be important to pay attention to e-commerce, as well as internet regulations and enforcement.