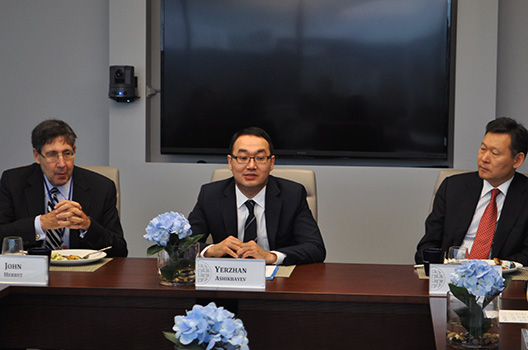 
This breakfast discussion provided an opportunity to engage with Minister Ashikbayev on his and his country’s foreign policy priorities, approach toward Afghanistan, and on challenges and opportunities in Kazakhstan’s development. Ashikbayev emphasized the importance of economic cooperation between Kazakhstan and the United States.