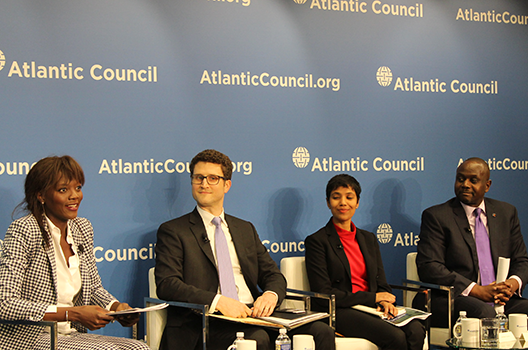 On Wednesday, May 22, the Africa Center partnered with The Sentry at the Enough Project to host a discussion on illicit finance operations in the Democratic Republic of the Congo (DRC), occasioned by the release of the group’s new report: Covert Capital: The Kabila Family’s Secret Investment Bank.

In his remarks, Dell’Osso detailed the report’s finding that family members and associates of former President Joseph Kabila used a little-known investment firm called Kwanza Capital to attempt to acquire Congolese banks. He described the firm as a vehicle the Kabila family apparently used to launder misappropriated public funds and gain greater leverage over the DRC’s $5 billion banking industry. Though Kwanza Capital’s multiple efforts to wrest control of Congolese banks ultimately failed, Dell’Osso detailed the firm’s systematic attempts to influence the financial sector on behalf of Kabila and his inner circle and offered numerous recommendations to the Congolese, US, and European governments.

Kumar praised the report for demonstrating the increased risks when politically exposed persons—those individuals wielding the levers of state power—seek to  gain control over a country’s financial system. In line with The Sentry’s recommendations, she discussed numerous guidelines and enforcement mechanisms to weed out illicit finance and protect the international financial system against money-laundering, highlighting US leadership in these efforts.

Dizolele provided a wider context to the discussion, noting that corrupt activities in the banking sector extend into other industries such as mining. He expressed hope that the international community will assist President Félix Tshisekedi’s fight against corruption by supporting civil society and regulators to flush out bad actors. In particular, he highlighted the sanctioning of Israeli tycoon Dan Gertler for his corrupt mining and oil dealings in the DRC as a particularly effective measure that sent ripples through Congolese society.

In the ensuing discussion, members of the audience engaged the panel on the effectiveness of targeted sanctions on individuals and how to best support Congolese regulators, and civil society improve accountability in the DRC’s government and financial sector.