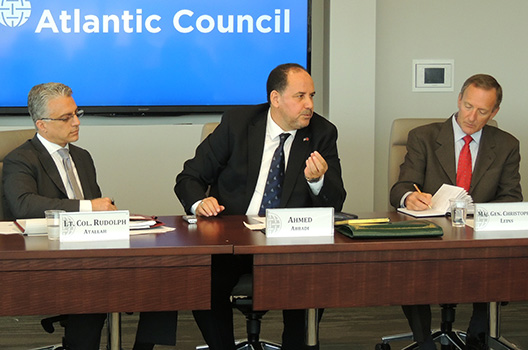 Dr. Abbadi offered a history of the rise of violent Islamic extremist ideology in Africa that sparked a discussion on the ideological component of the war against religious extremism. Panelists also engaged in an exchange of ideas with participants on how best to root out terrorist groups—particularly in the Sahel—that have embedded themselves among local communities.

The discussion focused heavily on what the components of a holistic, effective, and tailored strategy to combat terrorism are. The conversation touched on a broad range of topics, from youth education to strengthening familial ties to bolstering countries’ economic performance to tactical military solutions, though all agreed on the seriousness of the challenge and the need for a coherent, strategic response from countries in the region as well as partner countries farther afield.