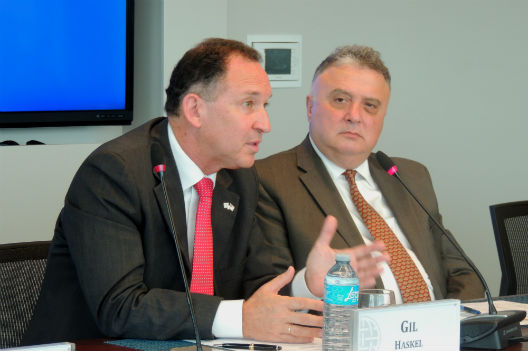 In his opening remarks, Issacharoff detailed Israel’s deep and expanding commitment to Africa, which spans diplomatic, security, and economic interests. In 2016, Israeli Prime Minister Benjamin Netanyahu embarked on a four-country tour of Africa, the first such trip for an Israeli head of state in some three decades. In 2017, Togo will host the inaugural Israel-Africa Summit in Lomé.

Haskel detailed four specific areas of concern to MASHAV in Africa: water, food, and border security, as well as human security. Israel’s own experience with each challenge has led to home-grown, innovative, and sustainable solutions—and Haskel noted Israel’s interest in sharing that technology with its African partners. As Haskel noted, Africa’s prosperity is very much tied to the rest of the world.