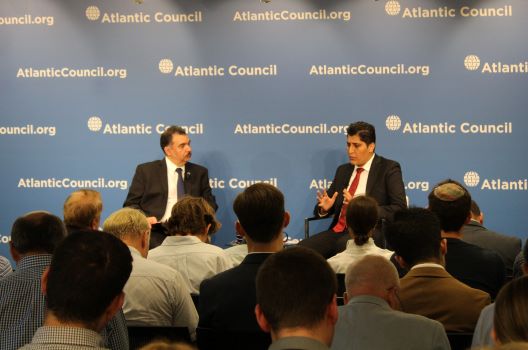 On August 6, the Atlantic Council Iraq Initiative hosted Iraqi Council of Representatives Member Sarkawt Shamsulddin for a public event. In 2018, Shamsulddin became the youngest member of the Iraqi parliament, securing the top position of the New Generation Movement in Sulaymaniyah Province. He is now one of the leaders of The Future parliamentary bloc and a member of the Iraqi-American Friendship Committee. The discussion topics included how Iraq views the tensions between the United States and Iran, how the new Kurdistan Regional Government cabinet is re-setting relations with Baghdad, and what can be done to promote reforms, counter corruption, and build bridges between civil society organizations in Baghdad in Erbil. Iraq Initiative Director Abbas Kadhim moderated the conversation.