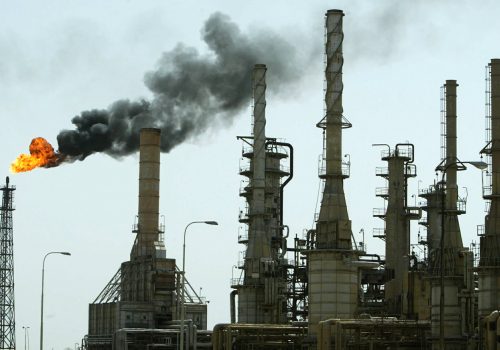 A paper co-authored by Dr. Abbas Kadhim, director of the Iraq Initiative at the Atlantic Council, and Dr. Sara Vakhshouri, founder and president of SVB Energy International, outlines immediate and medium-term practical measures to tackle Iraq’s most pressing issues, in its quest to attain energy independence. 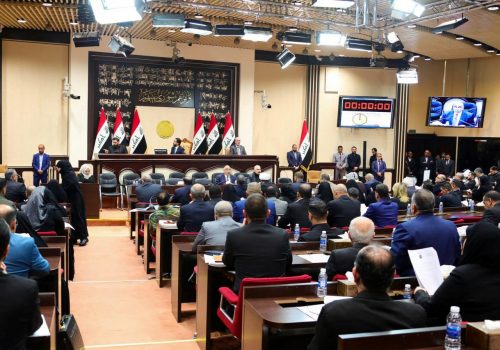 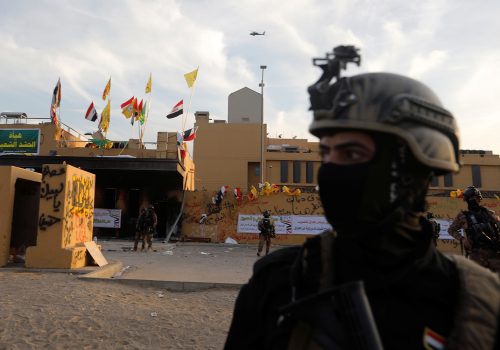 New low in US-Iraq relations: What’s next for 2020

The attention on Iraq will shift away from the protesters and the reforms they are calling for to the “more newsworthy” events in the Green Zone and the aftermath of the attack on the US Embassy.

Iran ‘won’ the war with Iraq but at a heavy price

More than four decades after the beginning of a dreadful war that shaped the lives and worldview of a generation, Iraq and Iran seem to have put the past behind them and moved to a new relationship. But the road ahead is not without landmines. The balance of power is too lopsided in Iran’s favor to allow for a healthy alliance and Iran’s continued estrangement from the US makes Baghdad’s balancing act even trickier. The Iranians may be enjoying their triumphant short-term position, but the long-term consequences could be calamitous.

FAST THINKING: Is the Iraq War over… again?

As the US military formally transitions to an advisory role with Iraqi forces, what’s next for the fights against ISIS and Iran-backed militias? Will anything really change? Our Iraq experts weigh in.

Dr. Abbas Kadhim leads the Iraq Initiative within the Atlantic Council’s Middle East Programs. He is an Iraq expert and author of Reclaiming Iraq: The 1920 Revolution and the Founding of the Modern State. Most recently, he was a senior foreign policy fellow at Johns Hopkins University’s School of Advanced International Studies. He was formerly an assistant professor of national security affairs and Middle East studies at the Naval Postgraduate School in Monterey, California and a visiting assistant professor at Stanford University. He also previously held a senior government affairs position at the Iraqi Embassy in Washington, DC. His books include Governance in the Middle East and North Africa and The Hawza Under Siege: Studies in the Ba’th Party Archive. He earned a PhD in Near Eastern Studies from the University of California, Berkeley.