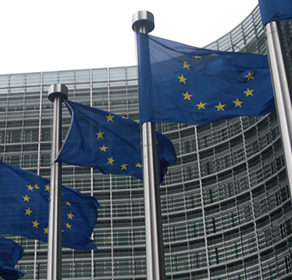 On September 14, the European Commission unveiled a long-awaited proposal for EU copyright reform that could directly affect US tech giants such as Google and YouTube. The reforms would give more rights to independent artists and authors at the expense of news outlets, streaming services, and search engines, who would have to pay to display independent content. The EU says it aims to level the playing field between creators and consumers. Google meanwhile said the executive had not yet “struck the right balance.”

Parliament approved Sir Julian King as likely the last British EU Commissioner and leader of a new security portfolio on September 15. At a hearing before the Civil Liberties Committee on September 12, MEPs grilled King on his strategies for combating terrorism, his stance on privacy rights, and whether his country’s vote to leave the EU meant he would “serve two masters.” The diplomat held his ground at the three-hour hearing, asserting he served “only the European interest.” He outlined a framework for cross-border information sharing and anti-terrorism operations through agencies such as Europol.

The top American negotiator for the US-EU trade pact, Mike Froman, met with his EUcounterpart, Cecilia Malmstrom, in Brussels on September 15 in a public show of support for continued TTIP negotiations. Both leaders ascribed “substantial progress” to the meeting. Ahead of the meeting, Froman said the US was “ready to get in the end game” on the deal and that he expected the same from the EU, despite many recent negative comments from top authorities in France and Germany. The meeting occurs amid rumors that the US and Italy are formulating a watered-down version of TTIP to secure core elements of the deal before President Obama leaves office in January.

In his annual State of the European Union speech, Commission President Juncker acknowledged that the EU “at least in part, is in an existential crisis,” squarely blaming national governments for a lack of unity and focus on Europe’s key challenges. He stressed the need to effectively address unemployment, security, and migration challenges in order to beat back growing Euroscepticism and populism in European politics. Largely devoid of specific proposals, Juncker’s speech backed a quick Brexit process and no a la carte access to the single market, reiterated support for CETA, called for greater cooperation on defense matters, and presented some initiatives for improved broadband and wifi access.