It’s a trade spat so old that it started last cicada cycle. After seventeen long years—including dueling legal cases at the World Trade Organization and sprawling retaliatory tariffs on everything from French wine to American self-propelled shovel loaders—President Joe Biden unveiled on Tuesday that the United States had reached a deal with the European Union to resolve the dispute between Airbus and Boeing over aircraft subsidies. The agreement, announced just ahead of Biden’s first US-EU Summit, will suspend billions of dollars’ worth of threatened tariffs for five years. So why, after nearly two decades of wrangling, did this happen now? And what’s coming next in the dispute and transatlantic relations more broadly? Our experts are here with the 30,000-foot view and the close read of the accord.

The deal is in the details 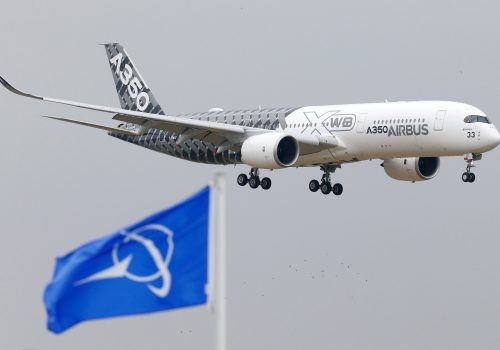 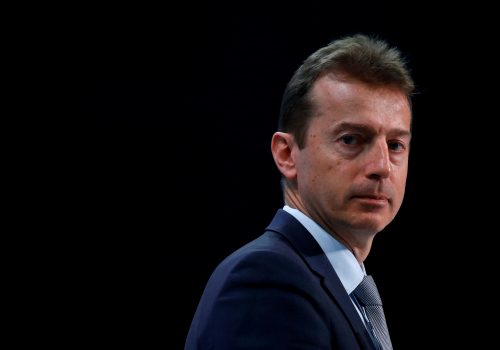 Guillaume Faury joined the Atlantic Council's EU-US Future Forum to discuss the future of the airline industry, as it emerges from the pandemic. 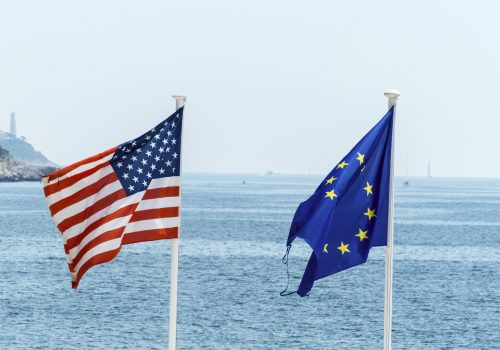 Image: A Japan Airlines Boeing 767-300ER plane takes off as a Philippine Airlines Airbus A330-300 plane taxis on the runway of the Ninoy Aquino International Airport in Manila, Philippines on January 11, 2018. Photo via REUTERS/Romeo Ranoco.