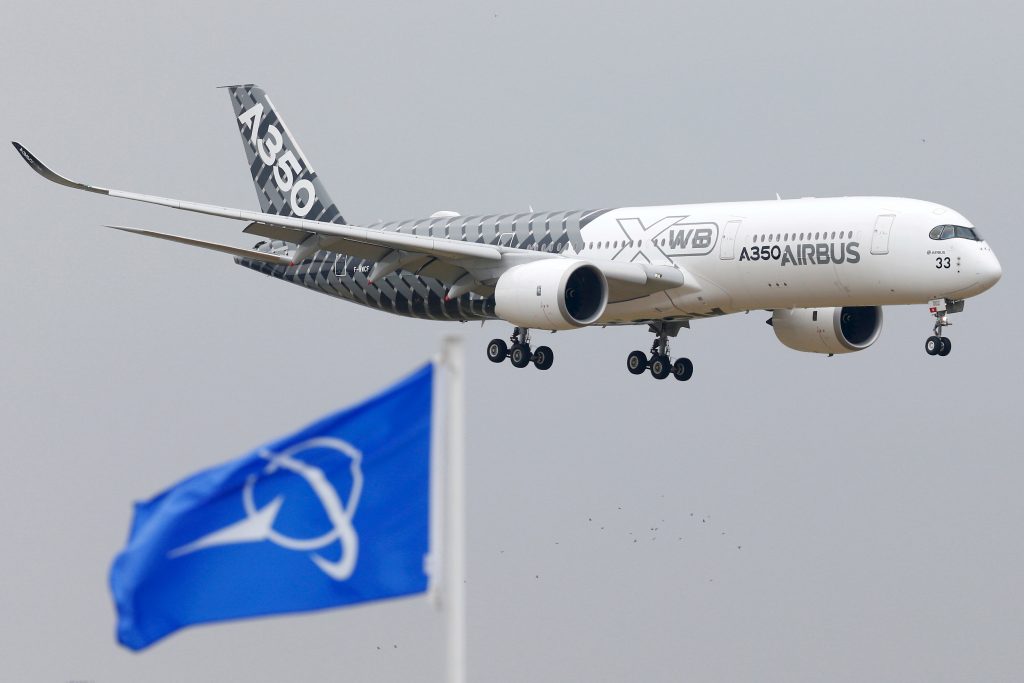 The first US-EU summit in nearly a decade has raised hopes (and led to plenty of leaks) that some of the world’s most significant trade conflicts may come to an end.

A chance exists that bilateral tariffs imposed by President Donald Trump on Europe regarding large civil aircraft, and possibly also steel and aluminum tariffs, will be eliminated. However, eliminating these tariffs is a necessary but not sufficient condition for a successful transatlantic summit. The level of ambition—and deliverables—needs to be higher.

The optimism surrounding the US-EU summit is understandable. The pressure to deliver some concrete policy breakthroughs at the Brussels-based meetings is palpable. But if policymakers merely deliver movement regarding tariffs on selected physical items, they will have missed an opportunity to craft the foundations for a meaningful transatlantic relationship that addresses issues important to the 21st-century economy.

If US and EU leaders seek to provide a more effective 21st-century alternative to China’s state capitalism model for economic growth and prosperity, they must additionally begin to tackle deep transatlantic policy differences raised by the data revolution and the digital economy—from data privacy to technology company competition policy to climate-related financial policy and intellectual-property waivers for COVID-19 vaccines.

A report in the Financial Times on Monday night said that on the eve of the US-EU Summit, “two days of intensive negotiations in Brussels had left the EU and the Biden administration on the cusp of confirming a deal on subsidy rules for Airbus and Boeing.” The dispute between Washington and Brussels over subsidies is one of the longest-running battles in the history of the World Trade Organization (WTO), and a serious irritant to one of the world’s largest trade flows.

Promising moves by the US Trade Representative earlier this year placed both the metals and aircraft tariff policies on a path toward a negotiated solution by year-end. The recent agreement regarding a global corporate minimum tax at the G7 finance ministers meeting also creates hope that a trade war over digital-services taxes in Europe can be avoided, although it remains to be seen whether congressional action can deliver the kind of implementation that will meet European policy priorities.

A trio of parallel tariff talks are underway. They cover a range of siloed issues and trade tensions that have dominated the transatlantic relationship for years. For example, the decades-long litigation at the WTO between Washington and Brussels over aircraft subsidies culminated in a recent WTO decision authorizing the United States to impose tariffs on the EU. A parallel subsequent WTO ruling in favor of the EU effectively set the stage for a negotiated solution.

The stakes are certainly high. How policymakers choose to end this trade dispute will send significant signals to global trading partners about transatlantic policy regarding state subsidies going forward. This is a delicate issue. Many of the trade tensions regarding China stem from Beijing’s state-sponsored support for domestic companies. Recent US legislation adopting an aggressive industrial policy expressly to address geoeconomic competition with China suggests a deep American bipartisan consensus in favor of targeted subsidies. At the same time, the pandemic has sparked a much more permissive policy stance on both sides of the Atlantic regarding subsidies in order to deliver financial and economic stability amid extraordinary economic upheaval. Resolving aircraft-subsidies issues at this moment would thus be rife with irony.

Consider also the Trump administration’s imposition of import tariffs on steel and aluminum on national security/supply-chain diversification grounds. The move raised hackles in Europe, particularly since imports from America’s contiguous neighbors (Mexico and Canada) were largely exempted. Finally, European initiatives to impose (but not implement) taxes on American digital companies triggered retaliatory tariffs (which were temporarily waived) by the US Trade Representative under both the Trump and Biden administrations. US Treasury Secretary Janet Yellen recently indicated that European officials will eliminate digital taxes at the national level as soon as implementation begins of the recent agreement on a global corporate minimum tax. The key component of the agreement here is not so much the 15 percent minimum tax rate but the ability to attach tax liabilities at the location of consumption rather than the location of revenue recognition.

It is impressive to see that despite these policy tensions, policymakers on both sides of the Atlantic have so far kept the volume on disagreements sufficiently low to avoid loose talk of a renewed trade war. They want to reach agreement and move forward. A deal on Airbus-Boeing would be welcome evidence of this goodwill.

However, finding a way to address aircraft, steel, and aluminum tariff and subsidy issues should not be confused with success in rebuilding a fragile transatlantic working relationship. It is fine to end old arguments; but building a longer-term framework demands more.

Deep differences and policy priorities exist with respect to nearly all issues important to the global economy. European policymakers routinely refer to “technological sovereignty” by which they mean the imperative to rein in the economic and digital role that foreign (mostly Silicon Valley) companies play in their polities. The policy priorities on these issues in Europe are increasingly at odds with American priorities.

Many will rightly celebrate any agreement to end long-running tariff disputes. But if policymakers restrict their ambition, then they will miss an important opportunity to lay the foundation for resolving difficult issues raised by the data revolution and the digital economy. Real leadership that promotes transatlantic market competition and innovation will present a more effective alternative to China’s state capitalism model for economic growth and prosperity as well as a more meaningful foundation for the 21st-century economy.

Barbara C. Matthews is a non-resident senior fellow with the Atlantic Council. She served as the first US Treasury attaché to the EU with the Senate-confirmed diplomatic rank of minister-counselor. She is also founder and CEO at BCMstrategy, Inc, which uses patented technology to measure public-policy risks.

Guillaume Faury joined the Atlantic Council’s EU-US Future Forum to discuss the future of the airline industry, as it emerges from the pandemic.

Image: An Airbus A350 jetliner flies over Boeing flags as it lands after a flying display during the 51st Paris Air Show at Le Bourget airport near Paris, on June 15, 2015. Photo by Pascal Rossignol/Reuters.