Can they talk out their tensions? US President Joe Biden connected with his Chinese counterpart, Xi Jinping, for a virtual face-to-face meeting Monday night aimed at cooling off the increasingly heated relationship between their two countries. While the three-and-a-half-hour talk reportedly covered trade, Taiwan, and human rights, it produced no major breakthroughs. But that doesn’t mean it wasn’t a big deal. Our experts explain why.

A way with words

The (silk) road ahead 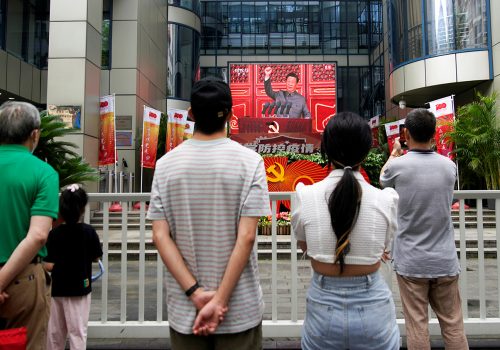 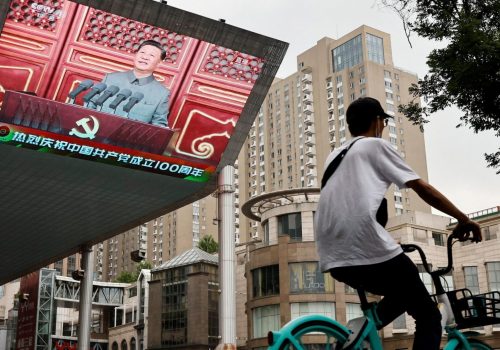 The 2021 Economic Scorecard: How China stacks up with the US and its allies

The Big Story By Josh Lipsky

With China, the story is never so simple. The truth is that China still hasn’t decided which direction its economy is ultimately headed. And we need a credible way to track its trajectory. 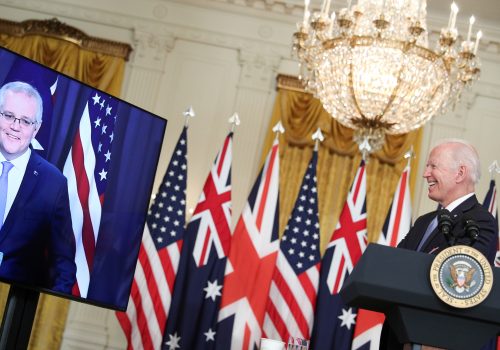 What impact will this deal have on competition with China? What about the allies left high and dry? Our experts emerged from the deep with the answers.

Image: US President Joe Biden on a virtual meeting with Chinese President Xi Jinping on November 15, 2021. Photo via REUTERS/Jonathan Ernst.