The cavalry is coming! Maybe. The US Department of Defense announced Monday that it has put 8,500 forces on “heightened alert” to deploy to Eastern Europe as a means of countering Russia’s threatened invasion of Ukraine. But what really has heads turning is that the United States plans to dispatch some of the troops as part of a rarely used NATO Response Force (NRF). Can the United States convince the twenty-nine other NATO members to support the troop movement? What signal does this send to Moscow at this perilous moment? Our NATOlogists are on the case.

A MESSAGE TO MOSCOW—AND BRUSSELS

WHAT TO WATCH NEXT 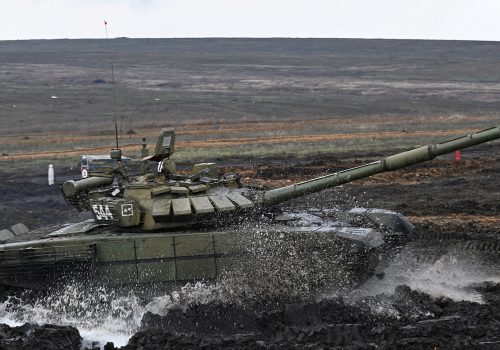 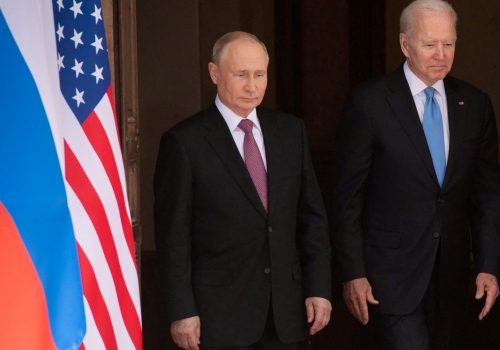 SpeedRead: The military steps Biden can take to force Putin to back off

The White House should deal with the Kremlin-manufactured crisis with the bipartisan strategy that successfully won the Cold War: deterrence. 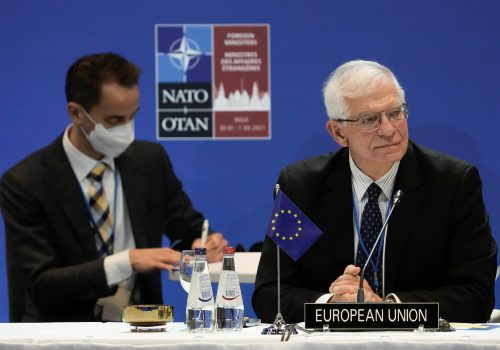 Experts react: Six options for Europe as it searches for a response to Russian aggression

How can Europe hang together and maximize its impact? Our experts weigh in as the crisis over Ukraine heats up.

Image: German and Romanian soldiers stand on the tarmac of a NATO airport in Constanta, Romania, on July 1, 2021. Photo via Christophe Gateau/dpa.