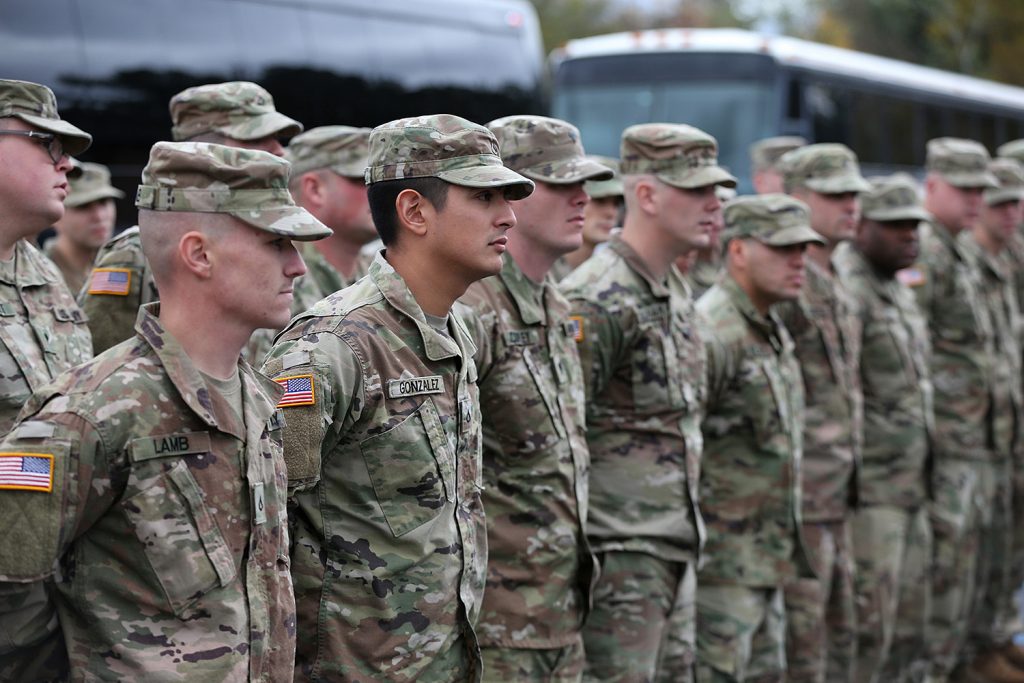 In its thorough review of the military elements of US national security strategy, the National Defense Strategy Commission (NDSC) succinctly observed “the available means are clearly insufficient to fulfill the strategy’s ends.” The commissioners allowed that “it may be necessary to alter the expectations of US defense strategy and our global strategic objectives”—but ultimately advised against such a move. In the process, the commissioners essentially ignored that the American people want more resources to be directed to repairing problems here at home, rather than spent on adventures abroad.

Rather than predicating US strategy on the assumption that public preferences can be easily redirected—or simply ignored—the next National Defense Strategy should recognize that the American people’s unwillingness to spend considerably more money on the military necessitates a serious reconsideration of what is needed to secure the nation’s truly vital interests. Setting priorities entails doing less of some things in order to excel where it matters most.

This is something that the Trump administration simply failed to do. Its National Defense Strategy assumed that US military spending had to rise, and President Trump boasted of his willingness to grow the Pentagon budget to supposedly historic highs.

But the NDSC, a panel of nine men and three women selected by Congress, found Trump’s spending increases to be inadequate. For the United States to maintain its role as the sole superpower, the commissioners suggested, Americans would have to spend less at home, pay higher taxes, incur additional debt, or some combination of all these things. Commissioners Jon Kyl and Roger Zakheim later explained that the Pentagon’s budget would have to grow 3 to 5 percent above the rate of inflation every year. That might not sound like much, but it amounts to hundreds of billions of additional dollars over the course of the next decade.

Such increases are unlikely to occur. According to a recent poll by the Chicago Council on Global Affairs, a slight plurality of Republicans (44 percent) favor keeping military spending at current levels; but fewer than one in three Democrats agree, and a mere 12 percent of Democrats believe the Pentagon’s budget should go up.

To be sure, it will not be easy to prioritize in this way. Notwithstanding his disdain for the US foreign policy establishment, and his pledge to put “America First,” President Trump’s bombastic rhetoric failed to fundamentally alter the United States’ global military posture. NATO added two new members, and the US military presence in Eastern Europe, the Greater Middle East, and East Asia, all grew larger on his watch. Trump even failed to deliver on his signature foreign policy promise: ending the war in Afghanistan (though he is trying to make up for lost time, and the number of US troops in that country when he leaves office will be at the lowest level in nearly two decades). Policymakers are reluctant to walk away from a fight without securing an unadulterated victory.

In other words, actually changing US foreign policy, as opposed to merely talking about it, is hard work, and entails political risks. Inertia is a powerful force, and even the most skilled and determined leaders often struggle to redirect the ship of state.

But the American people are not a major impediment to such a course correction; on the contrary, most Americans are anxious for change. Despite their partisan differences, Americans largely agree that the United States should play a leading role in international affairs—but they also believe it should share responsibilities with others.

Joe Biden is too savvy a politician to have missed the signals. As the Atlantic Council’s Damon Wilson explained: “Biden appears to instinctively grasp that a changed United States is in need of a new model of leadership in a changed world, reflecting both our desire for other nations to do more and the limits of our fiscal capacity and political will.”

While the challenges President-elect Biden faces heading into 2021 are unique, there are parallels to the landscape that Barack Obama (and Vice President Biden) encountered when they were elected in 2008. Then, as now, the country was wracked by a massive financial downturn. Like in 2008, voters in 2020 reported that the economy was their top concern by a wide margin. Indeed, foreign policy barely registered in many exit polls. The American people are focused solidly at home.

But those foreign policy initiatives that will deliver obvious and tangible benefits could still command strong public support. A high-profile attempt to work multilaterally to address the global COVID pandemic, for example, might win plaudits, and set the groundwork for other efforts that employ the full range of foreign policy tools at the president’s disposal.

Here again, President-elect Biden seems attuned to the public mood. In his 2019 speech unveiling his foreign policy platform, for example, he promised “to restore American leadership—and elevate diplomacy as our principal tool of foreign policy.” He also pledged to end America’s “Forever Wars.” The Democratic Party platform echoed these sentiments, proposing to spend less on the military, and disavowing regime change as an instrument of US policy.

If the President-elect and his team follows through on these promises, US military spending need not rise to the level that the NDSC said was required. When the means required to sustain a given strategy are insufficient, the only responsible course is to reassess the ends. And that is precisely what the Biden administration should do. Joe Biden could be a truly transformative leader if his National Security Strategy and the ensuing National Defense Strategy revisit what we are aiming to achieve, and why, as opposed to merely how we are going to do so.

Christopher Preble is co-director of the Scowcroft Center for Strategy and Security’s New American Engagement Initiative.

Though Chinese initiative has upset the status quo, their first move clarifies their vulnerabilities and exposes potential effective counterweights. By acting promptly to exploit these opportunities, the United States can take the second-mover advantage.

The Trump administration is right—on civilian oversight of special operations

While the elevation of an assistant secretary of defense may elicit yawns, the move addresses one of the most important issues for any country: how to best secure civilian control over the military.

Despite Joe Biden’s victory, the fallout from the 2020 election is posing a mortal threat to American democracy from within. We must not sugarcoat what is happening in our country. Instead, we should face up to it and the responsibility we all bear—whether we are Republicans, Democrats, or Independents—for our present predicament.

Image: Georgia National Guard troops with the 108th Calvary Regiment deploying to Afghanistan lineup beside their buses after a send-off ceremony on Monday, November 26, 2018, in Dalton, Ga. Photo by Curtis Compton/Atlanta Journal-Constitution/TNS/ABACAPRESS.COM