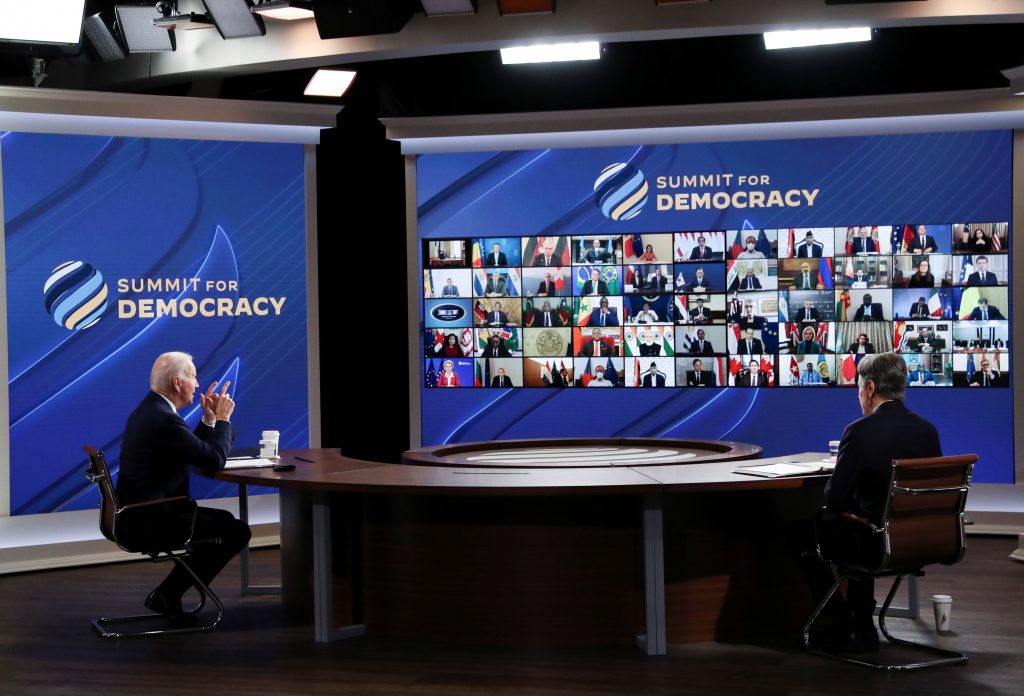 Over the past several months, the Atlantic Council’s Scowcroft Center for Strategy and Security has organized a series of private workshops with officials and experts from leading democracies, including the D-10, to discuss the Biden administration’s plans for a Summit for Democracy. This memo provides some insights and recommendations for summit plans going forward.

The strategic significance of the summit

On December 9–10, President Joe Biden will host a Summit for Democracy, a virtual event to which the leaders of more than one hundred nations have been invited. Many analysts have suggested the United States is in no position to lead a summit on democracy, given its own challenges. Others have focused criticism on the list of countries invited and expressed skepticism over whether the summit can deliver results. But from a broader strategic lens, the fact the administration is organizing a global leaders’ summit, framed around the need for democracies to coalesce at a time when the rules-based democratic order is under assault, is a significant development.

The Biden administration has sought to make the case that the world is at an “inflection point” as it enters a historic global struggle between democracy and autocracy, and that democracies must come together to succeed in this strategic competition. The challenge stems from revisionist autocratic powers, particularly China and Russia, that have become more assertive in challenging the global order led by the United States and its allies. They are using military, diplomatic, and economic coercion to threaten the security of their neighbors and pressure governments to accommodate their interests. At the same time, many democracies are facing serious internal challenges, leading to uncertainties over whether democracy can deliver.

The convening of the summit represents a capstone of the administration’s efforts to set the global agenda around this narrative of strategic competition. And, in many ways, it has succeeded. As a personal initiative of President Biden, the summit, and the ideas behind it, have driven the administration’s foreign policy agenda, setting priorities on the need for the United States to revitalize cooperation with democratic allies and strengthen itself at home. Strategic competition has also become the frame around which many US allies and partners are now orienting their own foreign policies. This narrative has been echoed in the media and is beginning to shape how many Americans perceive the challenges posed by autocratic rivals and how the United States should be prepared to respond.

A year of action: Avoiding pitfalls

The first pitfall is to focus too heavily on the potential diplomatic fallout from excluding certain countries from summit activities. As a framework for cooperation around shared values, the integrity of this exercise depends on engaging committed democracies, and the administration was right to keep out autocracies and backsliding democracies, such as Turkey and Hungary. While nations with which the United States has otherwise close relationships may feel slighted, this is just one of many avenues for diplomatic and strategic engagement. The administration should look to tighten the criteria for participation at it approaches the second summit next year.

The second pitfall is to allow the summit to get bogged down in a multitude of small-scale initiatives. With pressure to include favored projects from both US stakeholders and participating governments, the summit could easily become an umbrella for a wide range of disconnected activities, with an emphasis on process and consultation and relatively minimal impact on the larger challenges facing the democratic world.

While the administration has succeeded in framing the strategic agenda, the summit cannot just be a symbolic exercise. It needs to produce concrete action and set the stage for meaningful outcomes. The following recommendations could be useful in preparation for the next summit in December.

Ash Jain is Director for Democratic Order in the Scowcroft Center for Strategy and Security.