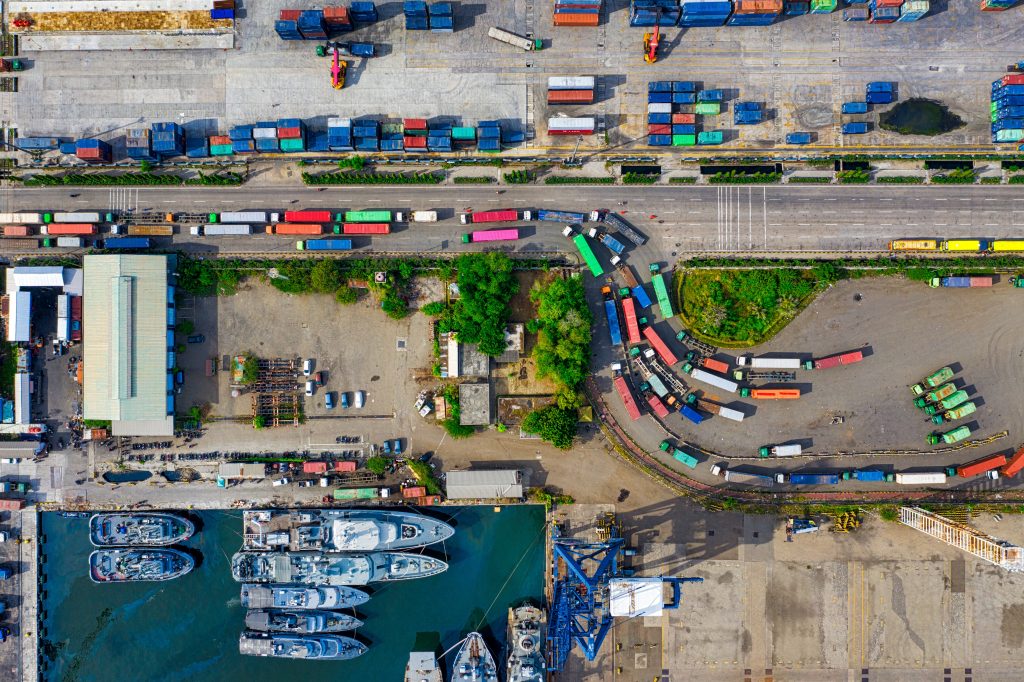 If 2020 was defined by COVID-19, then 2021 will likely be defined by vaccines. Economic growth trajectories and human health vulnerabilities will both be materially impacted by the speed with which governments distribute vaccines.

The challenge, like the supply chain that helps manufacture the vaccine, is global. But while the race to find an effective vaccine turned out to be a sprint, the race to establish sufficient manufacturing facilities to inoculate the globe’s population is a marathon. It will require policymakers to think creatively and fairly about how some long-standing technical trade negotiations must evolve to meet the moment.

The global trade policy community last week held the first of many meetings to begin exploring how the Agreement on Trade-Related Aspects of Intellectual Property Rights (TRIPS) can help address the challenge. Today’s blog post provides a primer on the TRIPS agreement, and why it matters to the supply chain, intellectual property, and moral issues raised by the pandemic.

The TRIPS multilateral agreement was established following the Uruguay Round of multilateral trade negotiations during the 1980s, facilitating cross-border trade, innovation, and technology transfer across a range of sectors over the last thirty years. It identifies certain minimum standards for intellectual property rights protection paired with minimum standards for national enforcement of those rights and a process for resolving disputes among nations at the multilateral level under the umbrella of the World Trade Organization (WTO). Importantly for the COVID-19 context, the minimum standards also establish a framework requiring advanced economies to promote technology transfer for the benefit of emerging economies.

However, the TRIPS Agreement treatment of pharmaceuticals patents presents particular challenges amid the pandemic. In 2001, the Doha Round of WTO negotiations concluded with a declaration specifically covering the intersection of pharmaceutical patents and public health. The declaration determined that a government could issue a “compulsory license” permitting a third party to produce a generic version of the patented product to be used within the third party’s country without first acquiring the consent of the patent owner in order to ensure that developing countries are able to manufacture the medicines domestically.

In other words, during periods of a national or other extreme emergency, it is not necessary for governments or companies in emerging markets first to attempt to acquire a traditional license from the patent owner. The use of these compulsory licenses must be “predominantly for the supply of the domestic market,” though developing and least-developed nations are permitted to export regionally if at least half the region is similarly classified.

However, the compulsory licensing framework at present is an ad-hoc system because the necessary two-thirds majority of WTO members has so far failed to make it a permanent part of the TRIPS agreement. The WTO reports that thirty-three developed nations–including the United States, all of the European Union member-states, the United Kingdom, Japan, and several other large economies with significant pharmaceutical production capacities–have effectively renounced the declaration’s provisions. In addition, four jurisdictions (Canada, India, Norway, and the European Union) created special domestic laws permitting patent holders to manufacture medicines exclusively for export. Larger questions arise as to whether a framework crafted nearly twenty years ago is fit for purpose today.

Why It Matters During a Pandemic: Supply Chain Dramas, Humanitarian Issues

A deadly disease running rampant globally fortunately may face a significant obstacle to propagation: a vaccine. At least three, and possibly four, vaccines developed in the transatlantic arena have been approved for distribution (Chinese and Russian vaccines are also being distributed globally, although their effectiveness against COVID-19 remains unclear). Successful mass production and mass vaccination programs will save lives and help economies return to more normal growth patterns. Failure to find solutions will intensify disparities in economic growth rates at an unacceptably high human cost.

It is not likely practical for a small number of pharmaceutical manufacturing facilities in North America and Europe to produce a sufficient supply of vaccines for the entire planet. The inability for every country to source vaccines from transatlantic producers creates strong incentives for governments to source vaccines from geopolitical rivals of the United States like China and Russia under the theory that any vaccine is better than no vaccine.

Geopolitical vaccine competition is not limited to emerging economies. For example, the European Union this week in partnership with Austria delivered 651,000 Pfizer/Bio-N-Tech vaccines to the Western Balkan countries.  The move was seen as an effort to counter growing Chinese and Russian vaccine distribution in the region.  Vaccine production shortfalls in the European Union have also prompted Italy, Greece, Hungary, and Slovakia to seek access to Russia’s Sputnik V vaccine for their populations; France, Germany, and the European Medicines Agency reportedly also are considering authorizing the Russian vaccine for use inside the EU.

Local vaccine manufacturing would eliminate some, but not all, of the supply chain and export/import frictions identified above. However, permitting local manufacturing on a global scale will require the WTO Member States, including those states mentioned above who have renounced TRIPS’ pharmaceutical declaration, to change their stance on intellectual property waivers.

The stakes could not be higher. Some leading trade officials–notably, the newly-appointed WTO Director-General–are now referring to vaccine technology as a “global commons” issue. The newly confirmed US Trade Representative last week also referred to “market failure” as a cause for delays in vaccine production and distribution.

Finding a way to facilitate the cross-border trade in ideas and medicines right now could literally save lives. It will also help create a foundation for solid, if not accelerated, post-pandemic economic growth.

Reconfiguring or creating new manufacturing facilities would deliver an additional benefit to importing countries: it would create high quality, high-paying jobs in skilled areas crucial to the twenty-first century economy. The training and investment needed to establish sophisticated manufacturing facilities will help global populations make the transition towards a digital and advanced economy even as they contribute to the global health solution. Pharmaceutical innovators will also benefit. They will spend fewer resources focused on logistics and can instead take what they have learned from the COVID-19 situation to spark advances in other areas. Finally, if the WTO can deliver at least part of the solution, then the global trade body will have gone a long way towards revitalizing its credibility and mission.

The first step is for trade policy officials to come to a solid, updated approach to the TRIPS agreement. Let’s hope the discussions conclude quickly.

Barbara C. Matthews is a non-resident Senior Fellow with the Atlantic Council’s Geo-Economics Center.  She has served as the first US Treasury Attache to the European Union and as Senior Counsel to the Financial Services Committee at the US House of Representatives.  Ms. Matthews currently is Founder and CEO of BCMstrategy, Inc., a data company using patented technology to quantify global public policy risks through the PolicyScope Platform.

Your guide to developments in international trade.