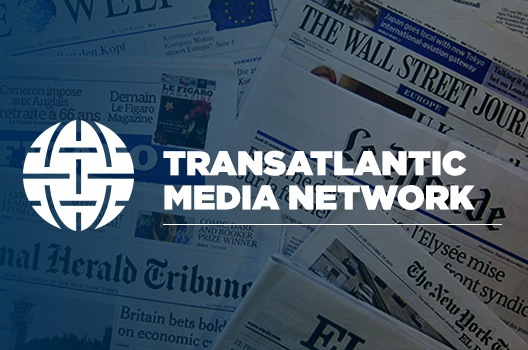 The transatlantic relationship is facing greater challenges than at any time since World War II, with huge consequences for how the world will be run in the twenty-first century. Inward-looking, populist, and nationalist forces are rising on both sides of the Atlantic, questioning long-held assumptions about the liberal world order, and spreading distrust of the traditional media, especially in the United States. The role of Europe and the United States as leading world powers is increasingly being challenged by both external and internal forces.

The vast expansion and diversity of new information technologies are creating powerful new outlets both for journalists and for those hostile to established forms of journalism. It is becoming ever more difficult for the general public to distinguish between reliable and unreliable information, particularly at a time when “elites” – and thus traditional journalism – are increasingly distrusted.

Against this background, the aim of the TMN is to help promote the high-quality coverage of political, economic, security, social, and cultural developments on both sides of the Atlantic needed to build a constructive future for U.S.-European relations and to create wider awareness and understanding of transatlantic affairs. By increasing mutual awareness of U.S. and European issues and challenges, the aim is to strengthen the foundations of a flourishing, up-to-date Atlantic relationship.

A principal goal is to create an active network of journalists, media groups, journalism schools, and policymakers in Europe and the United States to stimulate interest in and knowledge of the transatlantic relationship, the problems of European integration, and changing U.S. world views.

At the same time, the TMN enables American and European journalists to keep up with the latest technological innovations and journalistic techniques on either side of the Atlantic.

The TMN works closely with European and American media organizations and institutions, and has numerous partnerships with leading universities and schools of journalism around the United States. The TMN maintains close links with the European alumni of its fellowship program and has an active presence on social media.

The TMN is led by Reginald Dale, a former senior editor, foreign correspondent, and columnist for London’s Financial Times and the Paris-based International Herald Tribune, with long experience of covering transatlantic affairs, now a senior fellow and director at the Atlantic Council in Washington DC.