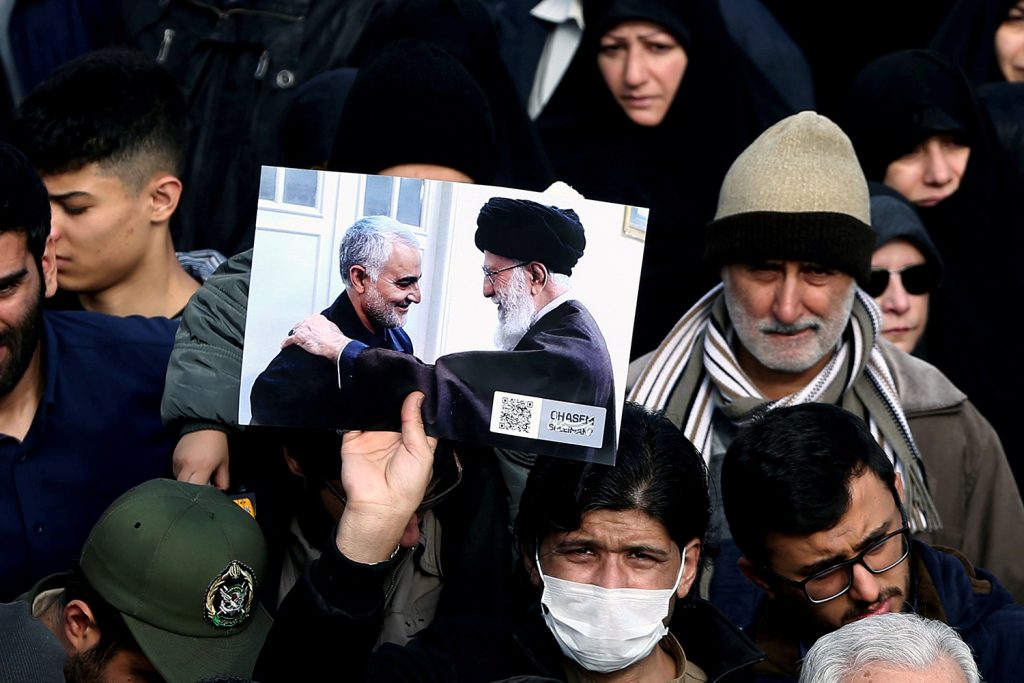 A demonstrator holds a picture of Supreme Leader Ayatollah Ali Khamenei with Iranian Major-General Qassem Soleimani, during protest against the assassination of Soleimani, head of the elite Quds Force, and Iraqi militia commander Abu Mahdi al-Muhandis who were killed in an air strike in Baghdad airport, in Tehran, Iran January 3, 2020. WANA (West Asia News Agency)/Nazanin Tabatabaee via REUTERS

Below is a selection of articles on Turkey we have been following, covering the most important issues over the past week.

Hürriyet Daily News: Turkey says it won’t allow a fresh ring of fire in ME amid US-Iran tension

In a speech on Wednesday, Turkish President Erdogan urged both the US and Iran to refrain from throwing Middle East and particularly Iraq into a “fresh ring of fire”. Erdogan’s speech followed an Iranian missile strike against two US bases in Iraq in retaliation for the killing of its senior commander Qassem Soleimani. Erdogan said that Turkey would do whatever it can to help defuse tensions.

Reuters: Turkey in touch with Iran, U.S. and aims to cool tensions

Turkish Foreign Minister Mevlut Cavosuglu on Monday said that Turkey has been in contact with the United States and Iran and is working to de-escalate tensions. Cavusoglu also indicated that Turkey would be open to playing a mediating role between the Washington and Tehran. The foreign minister said that President Erdogan had discussed the issue with his Iranian, French, Iraqi, Brritish and Qatari counterparts.

Al Jazeera: UN to meet on Libya as Turkey deploys troops to back Tripoli govt

The UN Security Council met on Monday to discuss the situation in Libya in the midst of an ongoing deployment of Turkish troops to the country. The UN-recognized Libyan government, allied to Turkey, formally requested the deployment and last week the Turkish parliament approved the action. The move comes during an offensive by Libyan military commander Khalifa Haftar, supported by Russia, Egypt and others, against the Tripoli-based government.

Turkish President Erdogan and Russia President Putin held a meeting in Istanbul during a visit by Putin to Turkey to inaugurate the TurkStream pipeline. In a joint statement following the meeting, the two presidents called for a ceasefire in Libya and “reaffirmed their “strong commitment to the sovereignty, independence, territorial integrity and national unity of Libya.”

A ceremony formally inaugurating the TurkStream pipeline was held on Wednesday in Istanbul. Bulgarian Prime Minister Boyko Borissov and Serbian President Aleksandar Vucic joined the Presidents of Turkey and Russia to launch the pipeline. The TurkStream pipeline will supply Russian gas to the European market via Turkey, bypassing Ukraine. TurkStream will consist of two pipelines, one supplying Europe and another which will extend to Europe. Each line will have an annual capacity of 15.75 bcm per year.