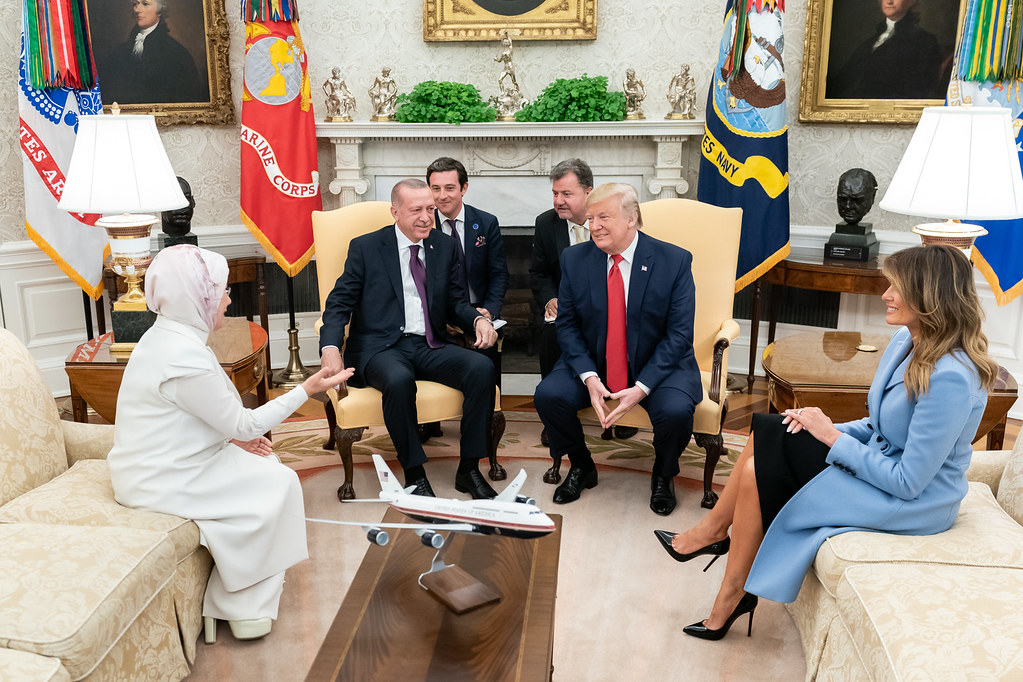 In late October, the US and Turkey reached an agreement in Syria and on November 13th, Turkish President Recep Tayyip Erdoğan and US President Donald Trump held a cordial meeting in the White House which helped soften the bickering surrounding Turkey’s recent operation in Northern Syria. Nevertheless, there are remaining points of discord in bilateral relations from defense procurement issues to the implementation of the agreement.

Turkish Foreign Minister Mevlut Çavuşoğlu on Nov. 20 said that there have been violations of the agreement between Turkey and the U.S. over northern Syria and he communicated these to his U.S. counterpart Mike Pompeo at a meeting on the sidelines of a NATO Foreign Ministers meeting in Brussels.

Turkish President Recep Tayyip Erdoğan told US President Donald Trump that Turkey would be forced to “look elsewhere” if the current dispute around F-35 fighter jets from the U.S. is not resolved. Underlining that Turkey has been a paying partner of the F-35 program since the beginning of its development, Erdoğan said “We are not a customer, we are a partner”.

Turkey is home to the world’s largest refugee population, which stands around 4,000,000, the majority of which arrived from Syria as a result of the Syrian Civil War.

German Chancellor Angela Merkel said Wednesday that Germany is committed to preserving the Schengen Area and that the migrant deal with Turkey is a key aspect of that. Merkel said that Germany stands read to provide Turkey with more financial aid to assist in its efforts to host over 3.5 million refugees in the country.

Turkey, a country with few domestic fossil fuel resources of its own, is heavily reliant on natural gas imports. In recent years, it has made significant strides to diversifying supply through the increased us on liquified natural gas (LNG) and the completion of the Southern Gas Corridor.