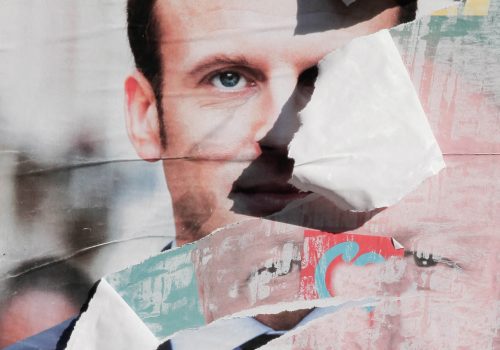 The “#Macron leaks” operation: a post-mortem

“The #Macron Leaks Operation,” by Jean-Baptiste Jeangène Vilmer analyzes the coordinated attempt to undermine Emmanuel Macron’s candidacy, with a disinformation campaign consisting of rumors, fake news, and even forged documents; a hack targeting the computers of his campaign staff; and, finally, a leak—15 gigabytes (GB) of stolen data.

A joint report from the Atlantic Council's Digital Forensic Research Lab and Europe Center on the policy measures government and private sector can take against foreign information manipulation.

If you want to deal effectively with cyber challenges then you need to address not just the computer part…but the political part as well, the human being behind the attack,” said Jonatan Vseviov, the Estonian ambassador to the United States.

Dr. Jean-Baptiste Jeangène Vilmer was a nonresident senior fellow with the Atlantic Council’s Europe Center and is director of the Institute for Strategic Research (IRSEM) at the French Ministry for the Armed Forces, after having served as policy officer on “Security and Global Affairs” at the Policy Planning Staff (CAPS) of the French Ministry for Foreign Affairs (2013-2016). Trained in three disciplines—philosophy (Bachelor, Master, Ph.D.), law (Bachelor, LL.M., post-doctorate) and in political science (Ph.D.)—, he has held positions at the Faculty of Law at McGill University, Canada (2011-2013), at the department of War Studies of King’s College, London (2010-2011), at the MacMillan Center for International and Area Studies at Yale University (2008-2009), at the French Embassy in Turkmenistan (2007-2008), and at the University of Montreal (2005-2007).

His is an auditor of the 68th national session on “Defense Policy” of the Institute for Higher National Defense Studies (IHEDN), a member of the Academic Advisory Board of the NATO Defense College, and a lecturer at Sciences Po and the ENS Ulm. He has received numerous awards, including the “Maréchal Foch” prize from the Academie francaise in 2013, and was selected as a Munich Young Leader at the Munich Security Conference in 2018.