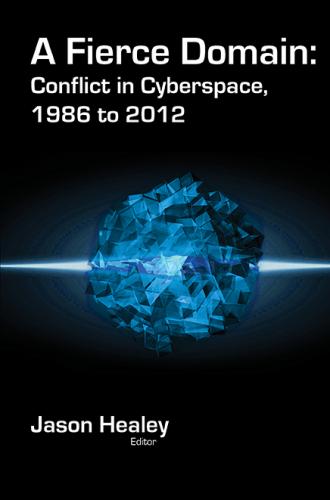 A Fierce Domain: Conflict in Cyberspace, 1986-2012 is the first book of its kind — a comprehensive, accessible history of cyber conflict. A Fierce Domain reaches back to look at the major “wake-up calls,” the major conflicts that have forced the realization that cyberspace is a harsh place where nations and others contest for superiority. The book identifies the key lessons for policymakers, and, most importantly, where these lessons greatly differ from popular myths common in military and political circles.

This book is intended as a textbook for graduate classes on the topic. It lends itself to class discussions, while teaching students necessary background information and key lessons of cyber conflict’s past.

A Fierce Domain begins with a narrative on the historical landscape of cyber conflict and the major lessons for us today. The book then includes ten case studies of important cyber conflicts, some using contemporary material. For example, there are case studies on the conflicts in Estonia (2007) and Georgia (2008) along with the earliest cyber conflict, the 1986 “Cuckoo’s Egg” espionage, in which the KGB paid German hackers to steal information from the United States. Other chapters give perspective on how history appeared from the perspectives of Japan and the United Kingdom.

Even in its earliest history, cyberspace had disruptions, caused by malicious actors, which have gone beyond being mere technical or criminal problems. These cyber conflicts exist in the overlap of national security and cyberspace, where nations and non-state groups use offensive and defensive cyber capabilities to attack, defend, and spy on each other, typically for political or other national security purposes.

In other areas of national security, newly hired people learn their field through the vicarious experience of those that have gone before. Understanding history is the main way to turn the experience of the past generations into cumulative knowledge, such as by teaching military officers the implications of Gettysburg, Inchon, Trafalgar, or MIG Alley.

Yet, the US government and military have almost completely ignored cyber history.

Even though major conflicts have occurred in cyber conflict since the mid-1980s, these are largely unknown and untaught, making it far more likely we will continue repeating the same mistakes. This book mines cyber conflict history to develop this vicarious experience and create a narrative of “cyber mindedness” to connect past, present and future cyber cadres.

Lessons & Findings From Our Cyber Past

From the history of cyber conflict, key lessons and findings clearly emerge and each of these carries significant policy implications for cyber defenders and policymakers today:

Despite the popular conception that the nature of cyber “war must constantly change with every new technology, this book makes the case that the situation is happily much different. The lessons from yesterday are not trivia—they remain eminently useful.