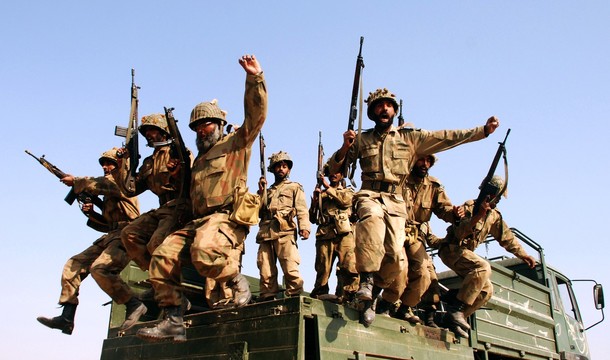 What is the optimal strategy for the United States and its allies to pursue in Afghanistan? Observers across the political spectrum agree that military operations alone are not enough to secure Afghanistan against a powerful insurgency linked to global jihadism. There is increasing consensus as well that Pakistan – a refuge for important al-Qaeda figures, and also under attack by insurgents who identify themselves as Taliban – is deeply involved in this conflict.
D

The Afghanistan-Pakistan Theater: Militant Islam, Security and Stability, published by the Foundation for Defense of Democracies, explores vital aspects of the situation the U.S. confronts in both Afghanistan and Pakistan. This collection represents a diversity of political perspectives and policy prescriptions. While nobody believes that the way forward will be easy, there is a pressing need for clear thinking and informed decisions. Contributors include Hassan Abbas, C. Christine Fair, Vanda Felbab-Brown, Daveed Gartenstein-Ross, Vanessa Gezari, Sebastian Gorka, Shuja Nawaz, and Joshua T. White.

The chapter penned by Shuja Nawaz, Director of the Atlantic Council’s South Asia Center, is entitled “Pakistan’s Security and the Civil-Military Nexus.” While Pakistan deals with security threats emanating from neighboring Afghanistan and India, in his chapter Nawaz writes about the dangerous conflict Pakistan faces from within: an internal war against radical Islamists.